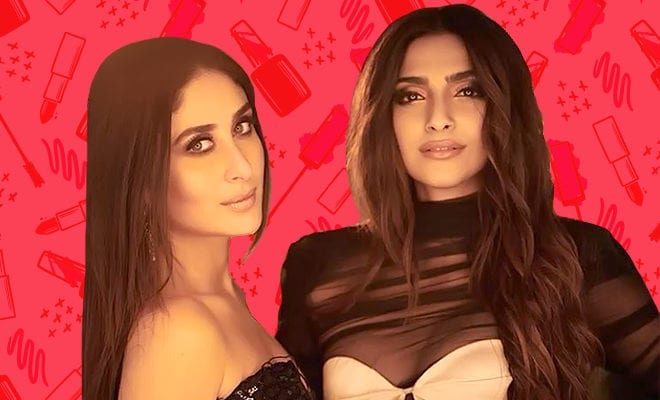 Women Who Wear Makeup Are Judged To Be More Promiscuous And Dumb, Says Study. We Are Always Judged!

I love wearing makeup when I go out. The level of makeup really depends on my mood and occasion. If I am going for an event, then I do my best – a base with highlighter and blush and all that. If I was good at using eye shadow, I would put that too! Usually, I don’t put a lot of it when I am going to work or just chilling with friends but if mood strikes, my cheekbones are getting highlighted baby!

There are several women I know who love makeup – they feel happy, like when a person does after using their creativity to craft something beautiful. And then you keep that ‘beautiful’ on your face, for a few hours? Wow! And then there are many women who don’t like wearing too much of it. That’s okay too.

Yet, when we put up a picture of heavy makeup, a guy or two will sneak in, saying they like you better without it. “Oh you look much more beautiful without makeup” “You don’t need that much makeup” “Who are you getting decked up for?” Boy, back off. Women don’t deck up for men – most of them don’t even know what mascara is. Neither can they tell the difference between blood red and wine red lipstick.

The study authors set out to see how makeup changes the perception of the beholder. In the first experiment, women between the ages 18 and 59 were asked about four hypothetical scenarious: a date, a job interview, an Instagram post and grocery shopping. The women were then asked to apply makeup using a digital app or to simply describe in words what they’d like! They were then assessed on agency, competitiveness towards other women, humanness and response to a partner’s jealousy.

Researchers found that there was no significant difference in women’s self-perception that can be linked to applying makeup. Sure, I would feel pumped up when my face looks like art, it’s not like without my face painted, I don’t love myself.

“In Experiment 2, 844 participants rated images of women’s faces from Experiment 1 on their mental capacity and moral status. Women wearing more makeup were attributed less mental capacity and moral status, with attributions mediated by perceptions that heavier makeup-wearers have more sex and are more physically attractive,” the study reported. Bring men in and the perception changes! This one had both men and women being judgemental about the women wearing heavy makeup.

“Participants were asked questions addressing their perceptions of each woman’s mental and moral capacity. The responses were divided into two measures: agency (ability to think, plan, and knowingly act out behavior) and patiency (capacity for feeling pain, emotions, and being the target of wrongful behavior),” Psypost reported.

The results? Women who wore heavier makeup were rated as more attractive but unfortunately they were also seen as those who’d more likely indulge in casual sex. This made them drop down on agency and patience, according to the participants.

“The results of Experiment 2 tell a consistent story: that the amount of makeup a woman wears can influence others’ perceptions of her perceived ability to think, act intentionally, feel emotions, and receive moral treatment,” Kellie and colleagues explain. “Whether these perceptions were positive or negative depended upon the perceiver’s associations between a woman’s makeup, her attractiveness, and her likeliness to pursue casual sex.”

So basically, you’re judging women who wear makeup to be more likely to have casual sex? How does that even work? I know a woman who wears a lot of it and is a virgin. I wear it and I don’t like casual sex! It’s weird how people link makeup to seduction and putting yourself out there. In fact, even if a woman likes casual sex, there’s no reason for her mental ability and moral compass to be ridiculed! What the f*ck even?

“Findings suggest that although women experience cultural pressure to wear makeup, negative stereotypes of makeup-wearers may lead to detrimental perceptions of women,” the study reads. Women are judged on everything we do and it all comes down to sex. This needs to change!

The study, “Behind the makeup: The effects of cosmetics on women’s self-objectification, and their objectification by others”, was authored by Dax J. Kellie, Khandis R. Blake, and Robert C. Brooks.

ALSO READ: Dia Mirza Was Asked Why She Kept Her Pregnancy A Secret Before Marriage. Why Does It Matter?