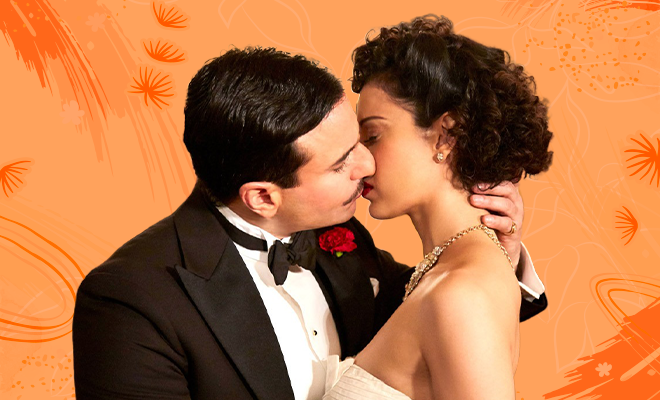 Women Talk About Things They Wish They Knew About Consent

The thing about sex education in our country is that firstly, it doesn’t exist and where it does, it is abstinence-based. It might as well be titled, ‘How to procreate, after marriage, and indulge in no-sex before that – for dummies’. And then we grow up majorly oblivious to the concept of consent, boundaries, and bodily agency. As kids, most of us have no idea of boundaries; it’s considered rude to refuse a hug to a relative, instead of it being rude to invade someone’s personal space.

Since childhood, we learn that we “owe” things to people, like our body isn’t ours. We “owe” it to our family and apparently, our future husbands to not have sex. We also owe it to the “nice guys”, our partners, or a guy you like. Your body feels like something you are renting and it isn’t quite yours. Would your neighbour have any right to comment on the colour of your house? Or if you call a guy over, would he have the right to move in or a say in which bedside table you should buy? Then why do we let others take away our bodily agency and disrespect our right to consent or refuse?

We learn, eventually, through experiences that some things are just not right; we should have said no, he should have respected my refusal. But decades of gender scripts have made women a little unclear, sometimes guilty when it comes to recognizing and standing for their rights.

I may not have understood consent back then, having made out just because it was expected of me, just because I was in a relationship. Or reluctantly said yes to something that made me uncomfortable. But today, I am much clearer on consent.

Many of us women have gone through this journey. So when someone asked on Reddit what they wish they knew about consent earlier, women shared wholeheartedly and everyone unanimously agreed to each comment!

Sexual coercion is not consent. Begging, emotional manipulation, vehement persuasion is not consent. “I wish I knew that no one should feel like they have the right to turn your no into a yes. Or discomfort into a yes. Lately I’ve been thinking about how messed up it is how much rom coms perpetuate the idea that the persistent guy deserves an answer, or that being pressured is a form of charming dominance,” a user wrote.

Another user pointed out that a nice guy simply expecting you to put out because he is nice is not quite nice. “Just because he is nice, you don’t owe it to him to like him,” they wrote. “Like if he’s “nice” you should like him, so if there’s no spark you’re shallow for not liking him despite just not being attracted to him,” another lady agreed.

Consent can be revoked at any point

Maybe I felt like it, maybe I changed my mind. It shouldn’t feel like I have sold my soul to the devil and now I can’t cancel the transaction. “I wish I knew that if I revoked my yes at any point because I changed my mind, that’s perfectly okay, I’m not being a tease because of it and the guy should just respect my decision,” a woman explained.

It’s not an all-area-access pass

You may want to kiss, but not want to have sex and that’s okay. You don’t owe it to a guy just because you remotely gave some affection. “I wish I knew that just because I let a guy put his arm around me or kiss me, didn’t mean that I was expected to have sex with him if I didn’t want to,” a woman wrote. “I always thought if I showed even the tiniest bit of interest if I didn’t have sex then I was being a tease or whatever. It never occurred to me that I could say no and that it was totally ok to do so,” another woman vouched for it.

When you consent to protected sex, you are agreeing to do it under the condition of using protection. If the condition is intentionally violated, the consent doesn’t stand valid. “I also wished I knew that stealthing was an actual thing, because looking back, at least 2 guys definitely did that to me,” a woman expressed. Another woman shared, “In college I hooked up with a guy who said he put a condom on. I was drunk and thought he had. A week or so later I found out he lied and never had one on.”

Being in a relationship doesn’t imply consent

“I wish I knew I didn’t have to “Just let it happen” when I wasn’t ready, or in the mood. I wish I knew it wasn’t mandatory,” a woman explained. “Harassment from a partner is still harassment. That same partner wanted to do certain sex acts I repeatedly said I was uncomfortable with and would never do, but she never stopped asking and trying to find a “compromise.” No means no, not “convince me.”,” another woman shared. Entering a relationship with someone doesn’t give them all the right to do you any time.

Just because you had sex, you don’t owe them a relationship

Similarly, having sex with someone doesn’t mean you consent to marry them. “Consent to sex is not consent to anything else. You don’t owe anyone anything just because you had sex. I grew up religious and almost married the first person I slept with in part because I felt so guilty about premarital sex,” a woman pointed out.

“I wish I knew that consent extended beyond sex. Touching, giving hugs when asked, and general bodily autonomy all count. My entire life I have adhered to the idea that those things were also expected and it was not,” a woman described her experience.

Another lady said that physical boundaries should be respected and men should be held accountable. “I wish I knew that some things were not fucking okay. Like the boys in grade school would do things like touch girls butts or make gross comments and we all really just accepted it as “boys will be boys”. Now that I’m older I’m like why did nobody teach us that this is not okay. Even the girls who got obviously upset or said something to the boys, they’d get called names and then nothing ever changed,” she wrote.

“That you should trust the feeling in your gut when you don’t feel safe or comfortable. That just because you’re “technically legal”, doesn’t mean you won’t still encounter predators who take advantage of your naivety, permissiveness and lack of experience,” a woman wrote. Unfortunately, several countries still don’t understand this.

‘No’ is a complete sentence

You don’t have to explain yourself. If you don’t want to do it, you don’t. “I wish I knew that I didn’t have to explain my no to anyone. I can just say no and leave it at that. The amount of guys that have tried to convince me I don’t have a good enough reason for not wanting to do something is ridiculous. To a lot of guys I’ve met, “I don’t want to” isn’t good enough and I used to cave way too much when they started pressuring me for a reason,” someone said.

ALSO READ: This Woman Caught Her BF Sex-Taping Her Without Consent. That Is Sexual Assault And Nothing Less

You have full bodily agency

Your body is yours and nobody can make decisions for you. “That my body belongs to me, and only to me. Not to my family. Not to the Pope. Not to my current partner. Not to some abstract Future Husband I’ve never met and who may not even exist. Not to society at large. Not to any deity,” a woman rightfully wrote.

ALSO READ: Sex With A Minor In France Was Not Considered Rape. A New Bill Finally Sets An Age Of Consent