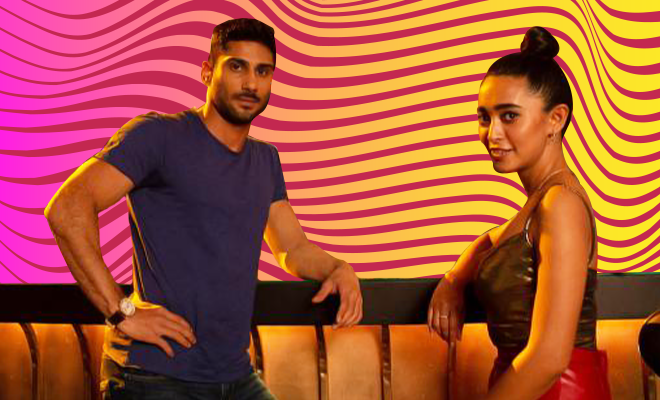 I don’t know whether dating was easy a decade ago or I was just lucky. Or maybe I didn’t meet too many men (or so the manchildren call themselves that). But as I grew up, dating one manchild after another, and getting acquainted with commitment-phobes in between that, I feel like our dating pool is not quite a pool but more like stormwater looking for treatment. But do I look like a wastewater treatment plant to you? Am I here for public service or free psychological counselling?  I am not here to be walked all over. So like all the other women who are experiencing dating burnout right now, I ask – why should I date? What’s in it for me?

It’s not like I don’t want to date. But what are the chances of finding an interesting man, with no commitment issues, with whom your goals and mindset align and who will not act like an asshole once he has you? Why is this category of men so rare to find? Are we as a generation really broken?

It’s scary that a person can randomly ghost you, not just after a first date but after having a full-blown relationship. Recently, a friend of mine was telling me how her cousin was blocked from all platforms by a guy she had been seeing for eight months. He just disappeared. How can someone do that?

I do believe someone is out there who is worth all the trouble. He will make me glad that it didn’t work out with anyone else. With him, I will feel secure and peaceful. And I won’t have to think twice before saying things that I want to say or wonder where I stand in his life. It’s not like he won’t have flaws but our relationship will flourish anyway. But here’s the thing. I am too tired of navigating through the many frogs that are lined up on the way. Dating is tiring. It’s hard.

So when I found a thread on Reddit discussing the biggest challenges people are facing right now with regards to dating and relationships, I found it super relatable. Chances are, you will too.

“Dealing with men who don’t know how to communicate despite being 25+ years old. If you are over the age of 25, you are too old to ghost. Use some actual communication skills and say if you don’t want to see someone again/if you are not interested. Tired of playing games at my age when I’m looking for a serious connection,” a user wrote. Another one added, “I just can’t wrap my head around why so many men in their late 20s FUCKING SUCK at communicating. It’s really not that hard.”

This was the most common issue women face today when it comes to dating. Why are grown up men so bad at communicating? Maybe they were never taught to be vocal about their feelings and vulnerability. I understand but it’s frustrating never the less.

“Here I am thinking everything is absolutely great and in an already slightly tense conversation which he never addressed he threw curveball after curveball at me about things he’d never brought out before (and which, in hindsight, are his insecurities rather than things I actually did as he says himself now), refused to answer my questions when I naturally got really anxious about a lot of this stuff and refused to speak to me for a week despite me contacting him and just asking if we could talk about it but he got drunk instead, then was surprised I broke up with him,” a woman narrated her story. At least make an attempt at getting better. No?

“Wait until you get to 40+. Still same games but now most of them are emotionally unavailable. It gets better,” a user added. Really, age doesn’t matter. Some men are just like that at any age.

A woman described how hard it’s become for her to like someone and then for them to also like her back is another hassle. “Just finding someone I like. I feel like it’s just gotten increasingly harder with age. It’s extremely rare for me to be attracted to someone, and even more unlikely that they’ll be equally into me. Dating has become so taxing, especially as I can’t meet people naturally anymore,” she wrote. Why can’t the men we like, like us the same? Why do we get the men we don’t really want? This is a hilarious twist of fate!

“Mustering up any actual desire to actually date,” a user sighed. “I want a relationship. I don’t want to date. The whole meeting up, getting to know each other. The first sexual encounter, it all makes me cringe,” another one added. I cannot agree more. It’s all so cringey. I don’t have the energy to go through this nonsense on a loop until I find the one. “TBH I just don’t have the energy to look. I got on Bumble again like a week ago, swiped a bit, matched a bit, exchanged one message, and then I was exhausted. Deleted the app. Just feels like it’s not worth the effort,” a woman wrote. Why can’t we just be given a good relationship? Like can a doctor prescribe us one? It would be nice, thanks.

“My anxious attachment always seems to lead me to guys with avoidant attachment styles,” a user wrote. Why do we fall for men who have intimacy issues? Another woman explained, “I live in a flat share with someone I have feelings for. He cares about me as well, but apparently not enough to really commit to anything. To be fair, he also said he’s not ready for commitment at the moment. But he’s still getting my hopes up all the time, being very physically affectionate, etc. I really like that we can be affectionate with each other, but it feels superficial. I constantly feel rejected on some level.” We’ve all been with someone we couldn’t forget easily but had to because he wanted to keep things casual.

She further added, “Idk. It’s a shitty situation. I feel stuck. I can’t move out at the moment and I can’t shake my feelings for him. I know a lot of it is on me. I should’ve listened to my gut, I should’ve kept my distance. I never should’ve moved in in the first place. But what good is that knowledge now.”

“If I find someone who is not a misogynist, racist, or homophobe, I put them on a pedestal. It’s like I’m confusing my necessary and sufficient conditions. I’ve thought about it a lot in the past couple of months, and during all of my relationships, I treated being a bare minimum good person as sufficient to be my partner when it’s really just necessary. I “settled” for the non-bigot because I irrationally thought it was probably the best I could get, but I ignored other qualities of a partnership I want like sexual, hobby, and personality compatibility,” a user explained. I kid you not, what’s with men who think just by not oppressing women, they are making a very eligible bachelor?

On the other hand, it’s important to manage expectations. Reality is far different from the romantic movies we watched while growing up. “Unlearning what movies taught me growing up about love. It’s not butterflies and heart racing. It’s mutual respect and feeling of comfort,” a woman expressed.

ALSO READ:Men Shared What Made Them Break Up With Their Partners. It’s Always The Little Things

“I keep going for bums who end up being way more insecure than I would’ve initially thought. We have a great honeymoon phase that lasts around half a year then once I get comfortable they take me for granted,” a woman expressed. How many women have experienced this? At least I have. I believe several women have lost faith in dating because even when you feel you have found a man of worth, six months down the line, he turns out to be an ass too. FML.

ALSO READ:Signs That You Are Over Your Relationship, Way Before The Actual Breakup