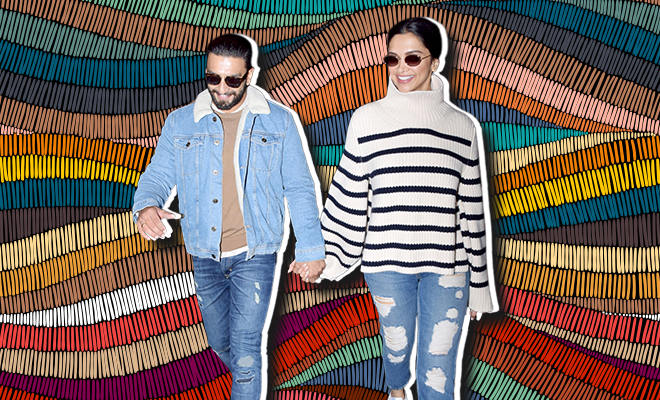 When it comes to relationships, compatibility is everything. We can of course, change over a period of time but our core usually remains the same. We are all wired a certain way and I believe when you have organic chemistry, it’s just a lot better. Of course, there will be creases every now and then that you will have to work towards ironing out. But you know that feeling when you just know this is your person and they get you?

Relationships often don’t break due to lack of love but due to small compatibility issues – when you don’t see eye to eye on things and your understanding fails you. For a successful marriage, romance is not enough and you need a lot more for things to go rather smoothly.

When someone asked the women on Reddit how they know if a potential partner will be compatible in marriage, here’s what they revealed.

Their spending and saving habits

“How they spend money: if they’re constantly buying expensive or frivolous things for themselves and even for you, even when it seems beyond their means. It’s ok for someone to treat themselves or be generous occasionally, but if you’re in a long term relationship with someone that doesn’t save money, it’s most likely you who’s gonna end up paying for everything important,” a woman wrote. Well, finances determine a lot of things in your life. So it’s important you know your spending habits are in sync. Hopefully, you both believe in saving.

“Talk about infertility and adaptation if things don’t go as planned. It’s a possiblity and it destroys a lot of couples,” a user wrote. Infertility shouldn’t be a cause of blaming and distress. Also, discuss if you both are on the same page when it comes to wanting children and if yes, how you plan on raising them. I would not marry someone who will raise my children in a conservative manner.

Are you sexually compatible?

“I just talked to a friend (25F) the other day who got married at 23. She really wants to bring a woman into the bedroom and her husband is completely against it. Apparently they never discussed monogamy, open relationships, threesomes etc. before getting married and she was shocked he was so “closed.” I’m going to guess he was probably equally shocked by her suggestion. TL;DR: Don’t assume anything about your partner’s sex preferences and expectations. Talk about it,” a woman wrote. Really, why don’t we talk about sexual compatibility in advance? Dead bedrooms have destroyed many marriages.

Do they get easily influenced by their people?

“How much do they allow other people’s opinions and desires dictate their life? Parents, family members, friends, strangers,” a user pointed out. You wouldn’t want someone who is easily influenced by others. Otherwise your relationship will forever be dependent on what an outsider thinks is right.

How open-minded they are?

“Most importantly their open-mindedness to your opinion and whether they are willing to listen to you, while also being accepting of their own faults and flaws. Because what seemed like good conviction or beliefs or cute stubbornness before, could just as easily become rigidity and just being an asshole, unwilling to compromise or listen and entertain the possibility of them being wrong,” a woman wrote. If they can never be flexible, you will always be the one compromising and that will make you resentful eventually. “If they take accountability for mistakes they make and actually take steps to make it better,” another person pointed out.

How similar are you?

They say opposites attract but marriage compatibility goes beyond that excitement. “So this idea has been studied and it works well for short term relationships (one night stands, or just general short term dating) but people see a lot more long term success with someone who is similar in the ways that matter,” a user wrote.

Do they fight fair?

“How they argue. More specifically, how they relate to and communicate with you in moments of difficulty. Every single relationship encounters moments of disagreement. It’s not necessarily that you disagree but how you treat one another when you see things differently that matters. Make sure that mutual respect isn’t conditional upon agreement,” a user pointed out. Every couple fights but you can’t lose respect!

Are you on the same page about your careers?

“Both need to be on the same page about finances, religion, kids, cleanliness, and careers. By careers I mean having compatible feelings on one spouse becoming a stay at home parent, going back to school, traveling a lot for work, etc. Also how to split money, childcare, household duties, etc. that is fair for both parties,” a user wrote. When it comes to compatibility, this is an important one. Career-wise, none of you should be forced to let go of opportunities. In fact, if one of you have other goals that require a sabbatical, will the other person be able to sustain the household?

Can you be emotionally open with them?

“Can you guys laugh and cry about things together and easily? You ought to be able to fully express the whole spectrum of emotions with them,” a woman explained. You should be able to be vulnerable with them.

ALSO READ: Women Get Candid About Things They Will Never Compromise On When Looking For A Relationship

What does appearance mean to them?

“Are you guys people who can deal with fluctuating weight over the years or a receding hairline? Do they want someone who dresses up all the time or are they cool with someone in sweats at home 24/7? Do they expect you to shave your legs, workout every day, etc.? For some couples, gaining weight or changing your appearance can be an ender while other couples aren’t bothered by it,” a user wrote. I don’t want to be with someone who wants a wife who is prim and proper at all times. I am a supporter of homeless looks when staying at home. Take it or leave it.

ALSO READ: Women Reveal How It Is Going From A Toxic To A Healthy Relationship