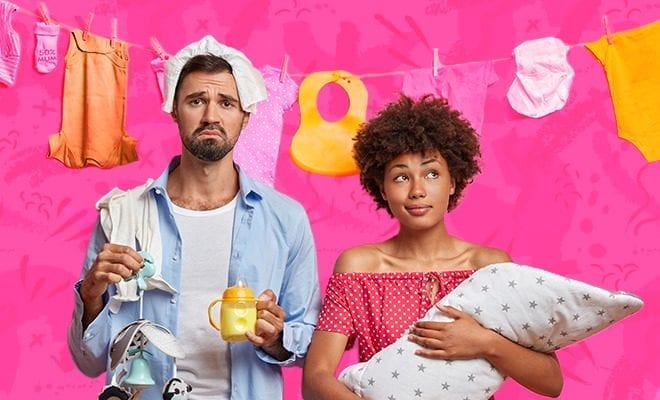 When I was younger, I used to watch this Australian show called Packed To The Rafters. It begins with the older couple finally entering a phase in life where all their children have moved out. They seem to be looking forward to it since finally after so long, they will have some quality couple’s time. They’d be more than just parents. But as life turns out, it’s a full house again for them as their children return due to several reasons. Of course, with more people in the family, things become more complicated. Turns out, the number of children you have does influence the marital satisfaction you feel, according to a study. This is more relevant to mothers than fathers, the researchers found.

The researchers studied 7,178 married people who had been married for an average of 14 years. They were questioned on the marital satisfaction they feel with their spouse and whether they enjoy their company. They were also analysed for their religiosity, education, financial status and beliefs about society.

The study found that as number of children increase, the marital satisfaction in women decreases. This could be because of traditional gender roles that leave the mother with more childcare duties. Mothers are expected to sacrifice more than the fathers do.

However, it was found that people who have more religious beliefs didn’t experience this correlation between number of children and marital satisfaction. It’s probably because religion reinforces gender roles and people who agree with those don’t mind them.

Meanwhile, people with higher education experienced greater drop in marital satisfaction. The researchers believe this is because these women are accomplished and have to juggle much more.

Most men do not contribute enough to childcare and domestic duties. Also, with so many tasks lined up, marital satisfaction decreases as couples do not find enough time to spend with each other. More women than men seem to be disappointed with this.

ALSO READ: Indian Women Invested 10x In Childcare Than Men Did In Pandemic, Says Study. Gender Disparity Is More Evident Than Ever

I believe as parents, both partners should be able to divide tasks in a much more organised manner. Also, it’s important to spend time as a couple and not just as parents or as a family to keep the relationship going! Most importantly, men need to be more hands-on dads!

The study is titled, ‘When and how does the number of children affect marital satisfaction? An international survey’.