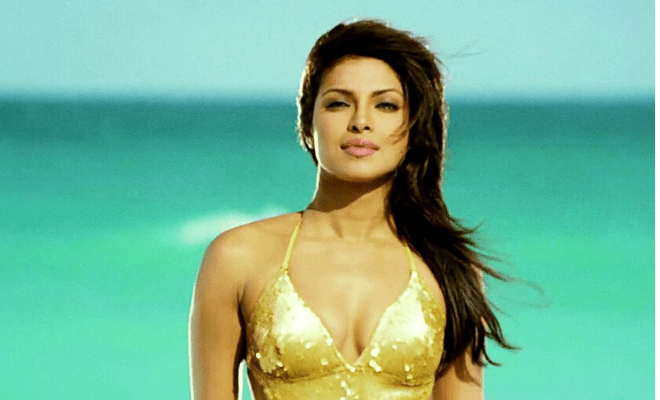 Woman Is Frustrated With Her Boyfriend Controlling What She Wears

A few years back, my boyfriend back then time and again expressed a distaste for my short clothes. He fought with me when I went to meet a male friend on his birthday wearing a pair of short shorts. He would get uncomfortable with my outfit choices when I’d be wearing a short dress and men would check me out. This ex would have felt elated and so loved if I had just listened to him and been more covered up but why would I do that? Anyway our lives and freedom are extremely altered due to men and their issues with zipping it, why do I need to add to it?

In fact, this rot goes deeper and finds familiarity in the same mindset that blames the victim of sexual assault and eve-teasing. It is the same mindset that takes the responsibility away from men and it lets them be uncontrolled. Women? Apparently, we are supposed to somehow take responsibility for not becoming a victim to a pervert’s ill intentions.

Of course, safety is important. Will I wear a revealing outfit on Haryana’s streets? No, because the perverts outnumber me and they do strongly believe I am inviting trouble. Occasion and location are important too.

A young woman took to Reddit to describe a situation that is very common, especially in India. Her boyfriend doesn’t like her wearing “revealing” outfits when she isn’t with him. He doesn’t want her to wear a bikini because apparently, he doesn’t trust other men. She wrote, “We argued over this a lot. He says that he does not trust other men if I was to wear something revealing when not with him. He has also stated that when he sees girls wearing things like that he thinks they do it for attention,” she wrote.

“I stated to him that this lets me take a walk into his mind a little bit because if he is so adamant about me not wearing certain things, he must look at other girls in ways he does not want me looked at. Of course he has denied this. I just find this so disrespectful. I work hard to improve my body. Why can’t I feel confident in something feminine? I would never wear something for the attention of another man,” she added.

Then he went on to say he trusts her but he does not trust other men. “Just thinking about it pisses me off,” she sighed. Her boyfriend doesn’t want her to wear a bikini around other men.

I don’t understand why her boyfriend is so concerned about what she puts on her body. In fact, if a man wants to have sexual thoughts about her, he can do it even if she is covered from the neck down. Even then, it is really not her problem, as long as she is safe, the perverts can go f*ck themselves. She shall be free!

“So in your post you’ve identified that he’s controlling, insecure and basically believes rape happenes because of what the would-be victim wears and not because someone is rapey. To that, you also touched on his thought process meaning he could be rapey himself given his conclusion,” another user wrote. Exactly, he thinks men get sexual thoughts and act on it because women dress to provoke. That’s a scary mindset.

“Nobody gets to say what you can or can’t wear. You’re an adult, and you get to wear what you’re comfortable in. So what if other people look at your bathing suit? And think of this- first he tells you you can’t wear this swimsuit. Next he tells you you can’t wear makeup. And then you can’t have friends. Next, he cuts you off from your family, because “they’re always against him”. This is a mighty slippery slope, and if you let him dictate what you can wear, his controlling behavior will get worse,” a user wrote. You can wear what you want because you are an adult and the sole proprietor of your body. Giving up your agency only makes things worse.

Speaking of ownership, a user wrote that he is acting like she is his property. “Sounds like he considers you his property and doesn’t want other men to trespass. It’s all about him and his position in competition with other men. If he doesn’t trust other men and it’s not about you then he’s basically saying it only matters if a guy is interested in a woman and not whether she is also interested. The guy’s decision matters to him,” the user wrote.

Could it be that he actually doesn’t trust her? Seems like it. “Your body. Your choice. He’s says he doesn’t trust other men, what he’s actually saying is he doesn’t trust you. This is HIS issues. Wear the bikini, you do not need his permission. You’re a grown ass woman,” a user wrote. “I mean, if he really trusts you this wouldn’t be a big deal. He can’t stop other guys from looking at you no matter how you’re dressed, nor can he control your reaction to them. He just has to trust that you’re committed to him – which you are. Which shouldn’t stop you from showing off your body because you think it looks great, dammit,” another user added.

Clearly, he is super insecure. “He thinks other men will look at your body and you’ll get hit on you 24/7 by men who are more attractive than him,” a user wrote. Again, that is not your problem and just because someone hits on you doesn’t mean you will cheat.

ALSO READ: Kareena Gives It Back To A Troll Who Wants Saif To Control What She Wears. We *Heart* It

This speaks a lot about your partner or potential partner. Due to social conditioning, there are guys who take the time to come around. Like initially they may feel mortified but when you explain it to them, they understand and become woke. These men are ready to change and evolve into being liberal. Then there are guys who are already progressive enough and don’t try to control women or hold such a mindset. But men who are adamant and hold on to their regressive social conditioning like their life depends on it are the kind you must avoid at all costs. Don’t make him your boyfriend. In fact, never ever make babies with a man like that. The world doesn’t need more of these.

ALSO READ: Shefali Jariwala Gets Trolled For Wearing Shorts. Even In The Pandemic, We Are Concerned About Women’s Clothes