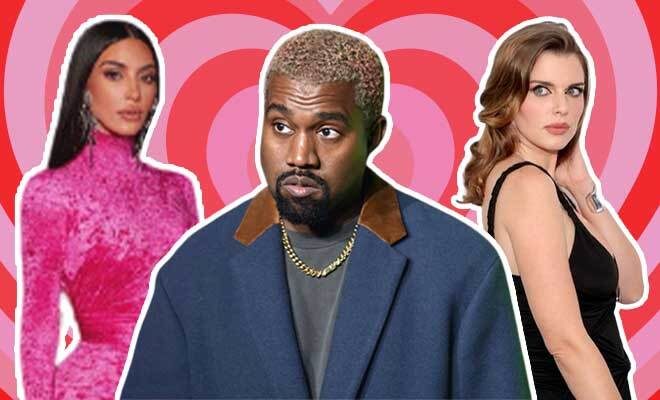 Kanye West Is The Poster Boy For Love-Bombing. Here’s Everything You Need To Know About This Manipulation Tactic

Right after his break-up with ‘Uncut Gems’ star Julia Fox, Kanye West sent a truck full of roses to Kim Kardashian. As cute as this may sound to you, Kanye is, at this point, the poster boy for love-bombing and that, my dear ladies, is a red flag right there. And no, it’s not because they split up. Let me explain the concept of love-bombing to you. Love-bombing is the concept of using different ways to influence a person by showing love, affection and attention. This move can have an underlying motive which can be positive or negative.

How To Tell If You’re Being Love-Bombed?

Love-bombing is known to be a manipulation technique employed by abusers in toxic relationships to control their partner and get this – it is usually difficult to detect love-bombing which happens to be a part of the vicious cycle of abuse and toxic relationships. Moreover, the celebrity culture has made it common for people to make grand gestures for social media which in turn has made it even more difficult to understand and figure out love-bombing. Kanye West’s behaviour following his split with Kim Kardashian worked as a red flag and highlighted love-bombing. But the fact is that there is still a very thin line between expressing love with grand gestures and love -ombing and it continues to get blurry making it even tougher to differentiate between the two.

Let’s take Kanye’s example to understand love-bombing a little deeper. The rapper first showcased several toxic traits when he bought a house opposite Kim and went on to beg her to get back with him during a concert. To us regularly people this may seem cute but imagine being Kim Kardashian in that situation. Having an ex chasing after you and being a borderline stalker can be rather stressful to handle. As if that wasn’t enough Ye went on to date Julia Fox and even love-bombed her. As romantic as Julia Fox’s ‘Cinderella’ moment may sound, Kanye West surprising her with a suite full of clothes was yet another red flag. And for a man who was dating another star, Ye seemed to get over her pretty soon as he love-bombed Kim with a truckload of roses (read BS) on Valentine’s Day, just hours after the news of his breakup with Julia Fox broke. Honestly, I’m not surprised to hear about the breakup ‘coz I just saw it coming.

How Is Love-Bombing Toxic?

On one hand, Kanye West might seem cute to you for all the efforts he is putting to get his family back but put that aside for a minute and think of how this man is terrorising his own children and ex-wife with his behaviour. If his recent social media posts weren’t proof enough, I don’t know what is. Putting it in simple words, he might just have gone out of control and damaged his relationship irreparably. Having said that, love-bombing is a manipulation trick. This trick is usually used by abusers and narcissists to blind the recipient with excessive love, attention, admiration and affection and make them feel dependent and obligated towards their partner. But it doesn’t take long after being hit with OTT gestures and love, for the relationship to turn toxic.

Kanye West’s behaviour is a perfect example of toxic behaviour and love-bombing in relationships. His actions have got the conversation going around this emotional manipulation tactic and Twitterverse is flooded with people who find his behaviour triggering and abusive. Take a look at these tweets.

Emotional manipulation in which a narcissist “bombs” you with an over-the-top amount of affection, flattery, gifts, and praise early in the relationship in order to win over your attention for the purpose of being able to control you.

Well, even I would be scared to have a partner like Ye!

Kanye is actually a very VERY scary partner to have . Because he can go on social media and say the worst things about Kim . Then come back to huge public displays of affection and love bombing. what a very very scary man. https://t.co/Y5lXrGeHKt

Roses are red and so are red flags!

“I’m going to get my family back.”

When does it stop?

This behavior will NOT make anyone want to go back to you.

If she does, don’t shame her. You never know the reason(s) people go back to their abusers. pic.twitter.com/RLtr9ekmpG

Kanye sending a truck full of roses to Kim is strange. Feels like love-bombing. Please don’t find this to be “sweet” it’s manipulative. #kanye #kimkardashian pic.twitter.com/o3Cmbs1hNN

His erratic behaviour is stressing me out!

nothing kanye west is doing is romantic, lovable etc it's stalking, obsessive, dangerous love bombing. No one should ever have to go through that and no one should look up to that. He is toxic and dangerous.

Kanye is expressing narcissistic, love bombing, manipulation, & full on emotional abuse..and I’m not here for it. It’s very triggering to watch his behaviors and though I love Kanye he needs help and I do not support his current behaviors.

The concern is real.

For those that don’t know me:

Hi, I dealt with a spouse having a dangerous breakdown in March of 2020. It was terrifying. Ask anyone that’s been in the situation.

tbh i don’t think the kim kanye stuff is funny or entertaining i think it’s scary and triggering for anyone who’s been in a stalking/abusive situation before pic.twitter.com/ozmvXI1Psw

He did trash Pete Davidson….

Also Read: Does He Genuinely Care Or Is He Love Bombing You? People Reveal The Difference

In some sense, the person puts their partner in a vicious cycle of emotional debt making them feel obligated to love and stay with their partner and listen to them using love-bombing tactics. Trust me when I say this, it won’t take them long to isolate you from those around you for their personal gains.

Another example of love-bombing IRL is The Tinder Swindler. The documentary is all about how a con artist used love-bombing techniques to swindle several women. Surprising these women with excessive attention and showering them with love, gifts and extravagant dates allowed him to gain control over his victims and win their trust to con them out of money. Now imagine this – had Simon Levive not done all that, would his victims trust him enough to shell out large amounts of money and even take loans to ‘help’ him?