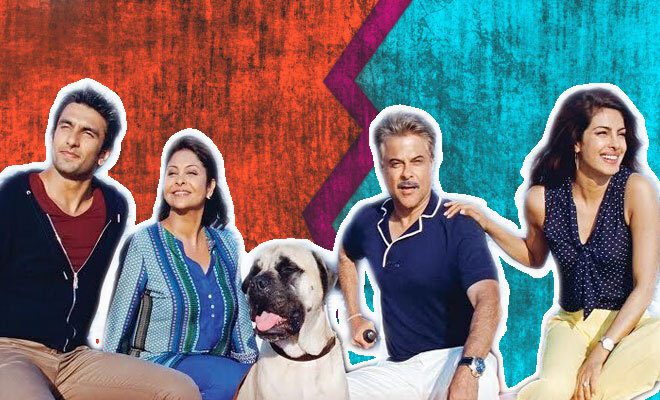 Based on the countless ranting sessions I have had with my friends and acquaintances many of us have had to grow up with pretty toxic and dysfunctional families. Owing to a generational gap, differences in exposure and mindsets etc, a lot can go into why families have as many conflicts as they do. I wouldn’t say that my relationship with my family has dramatically changed but my perspective has. The thing is, while I have not completely healed from a lot of things, I will say that the way I perceive them and the conflicts I have with them. While the Covid lockdown was one of the worse times of my life, I will admit that it altered a lot in how I handle stress and conflicts. It also made a huge difference in the way I view my parents and trust me, it gave me more peace of mind than anything ever has.

It is human nature to be angry and hold grudges at someone that has hurt you. For the longest time, I felt that way toward my parents. Anger, grudges, resentment for a lot of traumas that they had inflicted on me. Harsh words, painful treatments, unstable environment growing up and a lot more. On paper, I have a lot to be angry about. At times when I expected them to support and protect me, they weren’t able to or they chose not to. And the older I grew, the more I saw them as the people that were responsible for everything wrong with me. My mental health issues, my traumas and my insecurities. To me, it was all a result of their negligence as parents. So I continued a very toxic relationship with them wherein I maintained a distance from them and avoided being at home at all times. So as you can imagine, the lockdown was one of the worse things that could happen to my mental health and it was. But let us talk about one of the few good things that came out of it.

The lockdown was pretty hard on my family. We had 3 people at risk out of which 2 were over 70 years old and one of them was slowly and gradually dying of cancer, my Nani. Being the only child of a single parent, you can imagine how hard this was for my mother. She spent day and night stressing over Nani while trying to take care of a household with no house-help. Being the one sharing a room with Nani, I stepped in and tried to shoulder the responsibilities of being her primary caretaker along with my mother while also helping out around the house. I wouldn’t say this brought us closer and in a lot of ways created differences between us but it did make me see her in a different light. For the first time, I saw her as an actual person. Not my mother but a person with her own past, upbringing, traumas and regrets. I saw a lot of the pain she had held very close to her heart and a lot of unspoken regrets she had. I stopped seeing her as the cause of my issues but as a byproduct of her own. I found a scared daughter in her rather than a negligent mother.

Also Read: “Dear Maa…” A Letter From All The Children Who Live Away From Their Mothers

As for my father, I realised that a lot of the things he pushed on me growing up were a projection of his own regrets and insecurities. He started working at a very young age, too young because his family needed financial support. So he never approved of me taking up internships while I was studying. I always resented him for not allowing me to go out and gain the precious work experience that all my friends were getting. But I somehow have come to understand that it is because he always associated having a job with a lack of money. From his perspective, he didn’t see why his daughter should have to work while studying if she has a father who can provide for her. He didn’t want me to struggle the way he did; juggling both: his job and his education. And funnily enough, despite my earnings now, he still doesn’t feel comfortable taking money for anything. The other day, I gave him around 20 bucks to tip someone and he offered to return it! I guess he taught me that people value what they didn’t have growing up. A lot of their sense of worth and identity comes from that. My father had to grow up in a family that was struggling financially and hence, he put a lot of work and his life into earning well. He gets a sense of pride in knowing that his family isn’t lacking anything. And the more I thought about it, the more I realised how so much of what he did and all the hurtful things he said come from a place of concern because he doesn’t want me leading the same life he did.

I am not going to sit here and tell you that you should “move on” from your trauma of having a toxic family. Your feelings are valid and always will be. Moreover, I haven’t moved on or even completely forgiven them. I do have my moments or days of hurt and anger. But I will say this: recognise that your parents are products of their circumstances, just as you are. If you have mental health issues stemming from traumas, so do they. They are actual human beings and being your parents have just been a few chapters in the long book of life they have lived. I won’t say you should forgive them. Maybe you can’t find it in yourself to and that is fine. Not wanting to associate with a toxic family is okay. However, seeing them as genuine people who are struggling to go through the labyrinth of life will help you treat them with a bit more compassion.

And trust me when I say this, it is freeing. All the anger I have been able to let go of over the past year or two has genuinely been refreshing. While I still have so much I need to navigate and work through, it was just comforting to know that it wasn’t personal, they genuinely were trying their best in the circumstances they were. It wasn’t ideal in the slightest but it happened and there isn’t much I can do about it anymore other than working on being better as an adult myself. There was this stupid line I had heard in Dhadkan which was, “maa-baap bhagwaan ka roop hote hai. Vahi roop lekar vo apne bacho ki taqdeer likhte hai!” I think this mentality has gotten us where we are. Children grow up expecting their parents to make no mistakes which results in them not making room for the parents’ mistakes. And parents genuinely believe that they can do no wrong, not making room for communication from the children’s ends. No, parents are not Bhagwan ka roop and they aren’t meant to be. They are human beings, that is all there is to it.