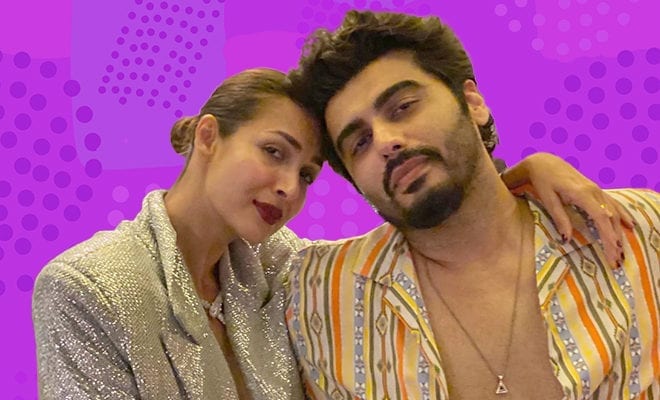 Arjun Kapoor Talks About Respecting Malaika Arora’s Past And Boundaries

What makes a couple that makes people believe in love a little stronger? What makes a couple that restores our faith in finding “the one”? Arjun Kapoor and Malaika Arora are often touted as an unconventional duo as their romance gives two hoots about the societal norms that dictate our pursuit of happiness. Malaika Arora is older than Arjun Kapoor, considerably. A divorcee, a mother – if our society kept a comprehensive ranking score, Arora wouldn’t get a good one. They love trying to reduce a woman down to her marital status and judge her through sanskaar-tinted glasses. But Arora is a stunning woman who has time and again exhibited her strength, her conviction and her pleasantly non-conformist mindset. No wonder, Kapoor is smitten by her. No wonder, his words paint him as a woke guy because it takes one to not feel threatened by the enigma of a strong woman.

Yet, irrespective of the love and respect the couple shares, it seems like our culture is way too far from stop seeing them as an unconventional duo. Why can’t this be normalised? On dating a woman with a son from her previous marriage, Arjun Kapoor told Film Companion, “I don’t try and be overtly talkative about my personal life, because I feel you should respect your partner, and there is a past there… And I’ve been in that situation where I’ve seen things pan out publicly and it’s not always very nice, because there are kids affected.”

Arjun further spoke about how he understands boundaries and makes Malaika feel comfortable. “I try and keep a respectful boundary. I do what she’s comfortable with. And my career should not hinge on my relationship. So you have to create boundaries. I talk about it today because there is a certain respect and regard given to the relationship. We have given it time. I have tried to give it a certain amount of dignity by giving it space, and not having it be in your face,” he told Film Companion.

People talk and attack anyone who doesn’t conform to orthodox norms, at the cost of many others’ mental health. They don’t care if a child’s mental health gets affected amidst such trolling. But it’s heart-warming to know Arjun Kapoor has the emotional intelligence and maturity to understand the basics of being in love with a woman with a child! According to experts, a child can turn out to be more accepting, empathetic and progressive if he/she is able to deal with the separation in a healthy manner.

Does this have a lot to do with the fact that he was a child when his parents got separated? Boney Kapoor was married to Mona Shourie, Arjun’s mother when he started a relationship with Sridevi and then went on to marry her eventually. Arjun’s relationship with Boney Kapoor had become sour post that but when Sridevi passed away, he stood by his father nevertheless.

“My mother’s upbringing came in my head. She would’ve told me to be by my father’s side regardless of what obstacles we face, because of a choice he made where he fell in love. And I respect my father for falling in love again. Because love is complex. And we would be silly and churlish sitting here in 2021 saying that you only fall in love once. It’s very Bollywood-ised. Love is complex, love is complicated, love isn’t always about being in love,” Arjun told Film Companion.

He continued, “It’s about compatibility, there is friendship, there is saturation. There is unfortunate frustration, people go through different phases in life. You could have been in love with somebody, and you can fall in love with somebody after that, and that has to be understood. I don’t agree… I can’t say I’m okay with what my father did, because as a child I felt the repercussions, but I understand it. I can’t say ‘theek hai, hota hai (It’s fine, these things happen)’, because I will always wonder. But when I rationalise it as an older person who’s dealing with his own relationship highs and lows, you understand.”

The thing is nobody enters a marriage wanting it to break, wanting to fall out of love and in love with someone else. As a child witnessing his parents separate, he must have felt angst. But as a grown up you realise that things are flawed, breakable, and evolving. Human emotions are full of loop holes that make us rather imperfect. But as long as you’re not pure evil and toxic, forgiveness and acceptance can heal your relationships and bring a more inclusive perspective to the table.

It’s a process, a journey to wake up and I wish more people signed up for it.

ALSO READ: Malaika Arora And Arjun Kapoor Keep Leaving Flirty Comments On Each Others’ Pictures And It’s Too Cute