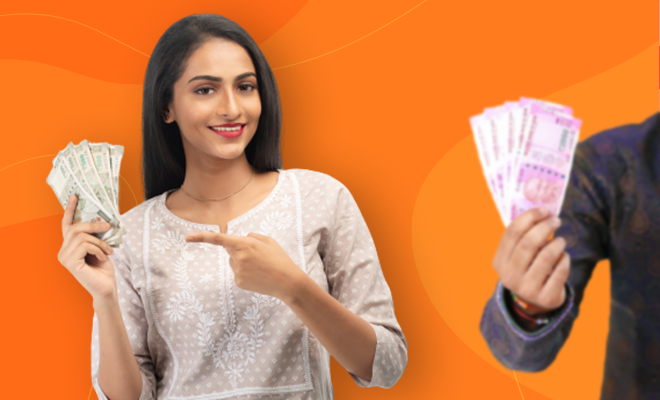 A Wife Is Entitled To More Alimony If The Husband Receives A Salary Hike, Observed Punjab And Haryana Court. We Explore The Pros And Cons

We all know at least one married couple that has been living in the same house for years but cannot get along to save their lives. Their marriage is long over – there’s infidelity, distance, and resentment – but they refuse to legally part ways. Financial liabilities are one of the major reasons a couple could refuse to opt for a divorce. I know a couple, married for more than 20 years and they despise each other. The wife wants a divorce and alimony. The husband refuses to pay up because he resents her for cheating on him, repeatedly. She was expected to be a housewife for all these years, asked to take care of her husband, in-laws, and children with her dreams and aspirations crushed under marital pressures. How will she sustain a comfortable lifestyle at this age with alimony? Nobody hires a middle-aged fresher, should she choose to go out and find work. And even if she does find a job, she still lost on the many years of experience she could have had if she wasn’t sitting at home, so her husband could make a career.

People are often divided over cases of alimony and it cannot be a one shoe fits all. This is why it’s really up to the court to decide who pays who and how much. Recently, the Punjab and Haryana High Court granted the increase in the wife’s interim allowance from 20k to 28k after the husband received a raise at work.

However, the husband, a resident of Haryana challenged the order because he didn’t want to increase the alimony for his wife. The husband said his salary increased from 95k to 1.14 lakhs but after deductions, it drops down to 92k approximately. What kind of salary hike is that? If you’re getting a raise, how is your in-hand salary reducing? (Meanwhile me: you’ll are getting a salary hike?) Either 95k was not his in-hand salary or his raise is one big joke.

The court however came to the conclusion that a wife is entitled to an increase in alimony if the husband’s salary increases. Now, this can confuse many. Is it right that an estranged wife can continue to bear the fruits of her husband’s hard work while she gets a cheque every month without being employed? There’s more to it than meets the eye.

But first, let’s look at the alimony laws in India

Alimony came into existence because marriage is considered to be a sacred union. It is believed that once you tie the knot with someone, you are responsible to each other till death do you part. Or till both or one person gets remarried. With the rise in divorces, and several women, left dependent because of gender roles and patriarchy, alimony became a means to empower women. A woman should be able to leave an abusive or redundant marriage, even though she’s been a housewife all her life.

“The present society treats men and women equal, as a result the burden of alimony can now fall upon either side of the party depending upon the financial circumstances of the spouses. Even though in the present age of equality, both men and women are equal before the law, in practice men are more liable to provide interim support to his ex- spouse during the litigation procedure,” reports advocatekhoj.com.

It’s upto the discretion of the court to decide the amount and duration of the alimony. Marriages that lasted more than 10 years are entitled to a lifelong alimony. However, it can be challenged depending on the changing situations. “Normally a young recipient of alimony gets it for a short period of time if the court thinks that he or she will soon be able to become financially sound through prospective career excellence. Alimony is also in vogue in order to equalize the economic condition of both the spouses. The higher earning spouse is entitled to pay a heavy amount as alimony. The spouse who is projected to be enjoying a prosperous career is liable to pay high alimony amount,” reports advocatekhoj.com.

It further adds that the court also takes into account other needs of the spouses. “If one of the spouses is suffering from poor health, the other is subjected to payment of high alimony to ensure proper medication and well being of the other spouse,” reads the report.

Alimony and the feminist’s existential crisis

It’s not like we are taught feminism and gender studies in school. Even if we call ourselves feminists, we are not free from social conditioning that makes us believe in certain things. As a woman who seeks equality and is learning on the job, how does this make me feel?

A man who got separated from his wife can be working day and night to progress, to leap ahead in his career. And with every bit of success he achieves, his wife can take a larger cut from his salary. I believe a married couple contributes to each other’s success – even if one person is employed and the other is not. A homemaker is providing you support, time, and the mental bandwidth to prioritise your career. Marriage is all about teamwork, right? And hence the alimony.

However, once the marriage is over and both parties are on their own, are they really contributing to each other’s success?

But it also does make sense

Say a married couple gets divorced after 15 years of marriage and the alimony is settled to be 15k per month. Ten years down the line, the husband has made a lot of money, everything has become more expensive and yet the wife continues to receive just 15k. She will be struggling to make ends meet while he’ll be living the life.

Going by the laws, the court will reconsider the amount based on the woman’s improvement in financial condition, her expenses, and the husband’s needs. Maybe some women will unfairly benefit from this scheme. But most importantly, in a country like India, it empowers many more women to leave their abusive husbands and not worry about financial sustainability.

It empowers women who spent their youth building a home for their husbands and children, those who were never educated on their financial rights or had the opportunity to go out there and make money. “The amount of alimony to be paid cannot be fixed by law as it varies from case to case; the most important aspect is to maintain a balance while deciding the same. Should cater the dependent spouse with reasonable comfort as was given during the existence for their marriage and should not be repressive for the other spouse to provide the same,” says lexology.com.

I believe such laws are best suited for a country like India, where empowerment is far away from the horizon.

ALSO READ: A Woman In Bhopal Divorced Her Husband To Help Him Marry His Girlfriend. This Is Like Hum Dil De Chuke Sanam In Real Life