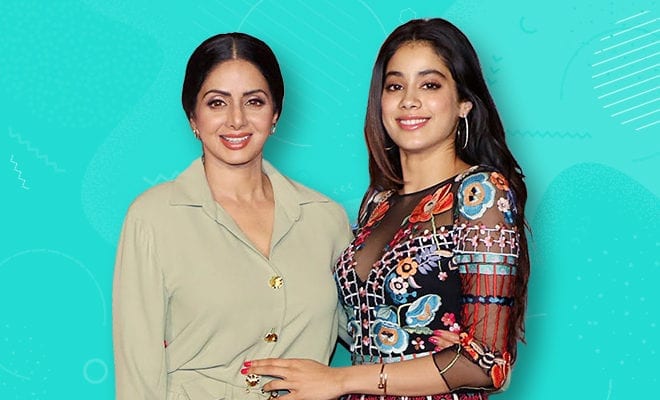 While Sridevi was around to guide Jahnvi Kapoor, as she was introduced to the limelight, she wasn’t to see her as an actress. But when an actress who was so loved and almost unanimously leaves us, it’s not without memories and a legacy! It’s almost impossible to look at Janhvi Kapoor and not be reminded of her mother, of the way she was so protective of her daughter, the way she was the torchbearer of style in the house.

Of course, while the little girl her mother knew is now consistently climbing the ladder of success in Bollywood. Just at the age of 24, she owns her own house worth a whopping 39 crores! But in so many of her interviews she has given a glimpse of how doting a mother Sridevi was. It’s not difficult to tell that she was both a strict and a loving mother, who put her heart and soul into raising her daughters with good opportunities.

Here are 5 instances that prove how doting a mother Sridevi was.

Sridevi taught Janhvi to be self-reliant

In an interview with Elle, Janhvi revealed that her mother told her, ‘Never depend on anyone, and make your own identity.’ If that’s the advice Sridevi gave Janhvi, we can see how she wanted her daughters to be raised as independent women. And in a patriarchal society as ours, that’s the best gift parents can give you.

She groomed them but didn’t let them become vain

“I am happy that my mom was strict about the products we used. We could only use natural oils, no face wash, no conditioner. So, my skin and my hair were protected from chemicals. I complained then, but I am grateful now because now I am doused in all sorts of chemicals because of my work,” Janhvi told iDiva. She revealed that Sridevi didn’t allow her to put any makeup until a few years ago. She’d get blow-dry and maybe allowed using kajal if she was tagging along for an event. No wonder Janhvi’s skin is so beautiful!

When Sridevi told Janhvi how important goodness is

“My mother would always tell me, whatever you think and carry in your heart, will show on your face. So it is important for an actor to be a good person from within because the camera captures everything,” Janhvi was quoted saying at an event. I mean, that shouldn’t be the only reason to be good but we got the point.

When Janhvi shared a handwritten note from her mother

On her mother’s third death anniversary, Janhvi shared a handwritten note from Sridevi she has preserved. “I love you my labbu. You are the best baby in the world,” the note reads. She was strict but she also showered her daughters with affection!

“Sometimes, it scares me. So many thoughts come and you feel why is she doing this? But then, if you feel that is her aim and happiness, as a mother, I will support her like my mom supported me. We weren’t from a film background but it happened and she stood by me, fought for me and made sure I am happy. That’s how I would also like to be with Janhvi,” Sridevi said in an interview with DNA. This is so beautiful. It shows how warm their relationship was. Sridevi made an amazing mom who loved her children and stood by them, at all costs!

ALSO READ: Photo Of Amrita Singh Putting A Kaala Teeka On Sara Ali Khan Is Proof That Moms Will Be Moms