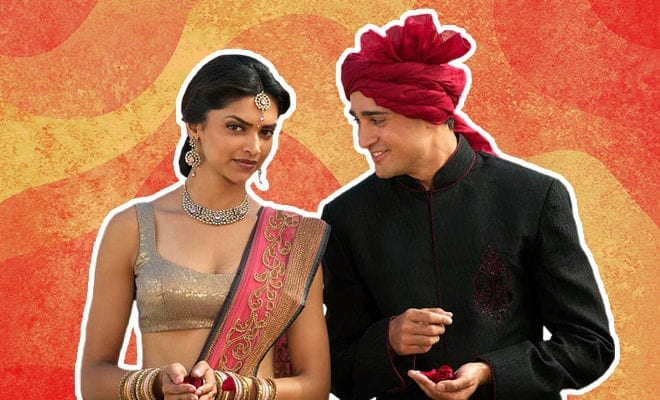 We all like the honeymoon phase, the initial excitement but that storm of passion and heightened euphoria is nothing in comparison with the tranquility of stability. I love the chase, the novelty and getting to know each other. But I can’t wait to be like an old married couple and just feel that calm and security of a beautiful companionship.

They say still waters run deep. So when we begin to get comfortable with silence but also talk about anything, without filters – that’s when I feel truly happy. You know, when he says what if someone flirts with me and you just laugh it off. When you feel like belong together, like you just fit!

This is a sign of a strong relationship! And if you are behaving like an old married couple already, maybe marriage is on the cards afterall! Here are 10 signs!

When it’s a new relationship, you turn up in your lacey underwear and try to at least complement your bra and underwear. But now, he has seen your pair of granny panties, you know those that look like they are just a few washes away from vanishing into thin air. You’ve seen his ugly undies too, and now you also know how many pairs he owns. PS: There aren’t many.

All of us human beings have annoying traits and that’s what it is. There was a time when you thought you could change each other’s irritating habits. Today, your standard response to this is shake head, roll eyes, take a deep breath and move on. You spend like a minute on this, unless you’re PMSing. Then God save him.

Sometimes, you both cannot find the patience and you fight over the silliest things like a pair of 10-year-olds. How can you have the last slice of pizza? Why should we always go to a place you want to? Why should I do the dishes again? The bickering goes on and on and then you get tired so you just let it go. Then your inner voice tells you, “You knew what you were getting into!”

One moment you are fighting like cats and dogs, the next you both are planning a trip (while also being pissed at each other). You both know none of you are leaving so what’s the point? Might as well get going. So one thing leads to another and before you know it, you are laughing on something stupid.

What do you mean it’s your hoodie? It’s our hoodie! None of you keep a track of who is paying for what. You share finances and possessions. In fact, there’s no need to even ask. You both use each other’s stuff all the time.

If you want to make a note of something, you just type it out and send it to him. You write random things like “2kg onions and 250 gms broccoli” or a random song name, or anything at all. And he doesn’t even get surprised. He just knows now that you use his chat like a notepad. You’re already an old married couple, aren’t you?

Your friends know him, his friends know you. In fact, it’s like if they can’t reach him, they call you. And if they have to invite you both, they just let one of you know. You’ll are like one entity to them. That’s because you give such old married couple vibes.

All you have to do is pick up the phone and ask him to bring you a croissant on the way home. Or if you want printouts, you can just ask him to get. Or anything at all. He can do the same. There’s no one you’ve been able to rely on so much. Not outside your family.

It’s not like you keep a tab out of insecurity. You just are so connected that you know of each other’s whereabouts! You know, like old married couples do. But that also means you can’t lie to him about hitting the gym (pre-covid times) every day! Dammit!

ALSO READ: How Often Do Couples Talk Over The Phone? Redditors Answer

I don’t know what I am going to do with this information but if there was a quiz with questions like ‘Which shampoo does he use?’, ‘Does he leave the pizza crust?’ or ‘How many pairs of underwears he owns?’ – you’d win it!

ALSO READ: This Is How You Will Know When You Find ‘The One’