‘The Most Hated Man On The Internet’ Review: A Bingeable But Incomplete Recreation Of The War Against Hunter Moore 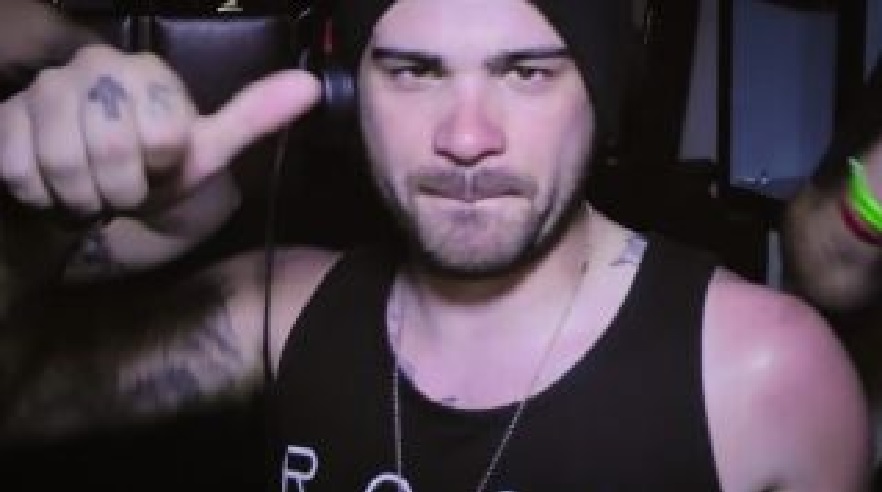 A lot of stuff that ends up on the Top 10 list isn’t necessarily great, but that isn’t true for this documentary. If you’re a true-crime aficionado who loves to zoom in on the lives of criminals, hear more about their modus operandi, and learn the big ‘why’ behind their crimes, this bingeworthy three-part docu-series has been made just for you.

If you haven’t watched it yet and don’t wish to ruin the suspenseful experience of the docu-series, here’s a spoilers-ahead warning, for your sake!

Also Read: ‘Indian Predator: The Butcher Of Delhi’ Review: A Well-Developed Recreation Of The Horrific Crimes Of Chandrakant Jha

So What’s The Most Hated Man On The Internet About? 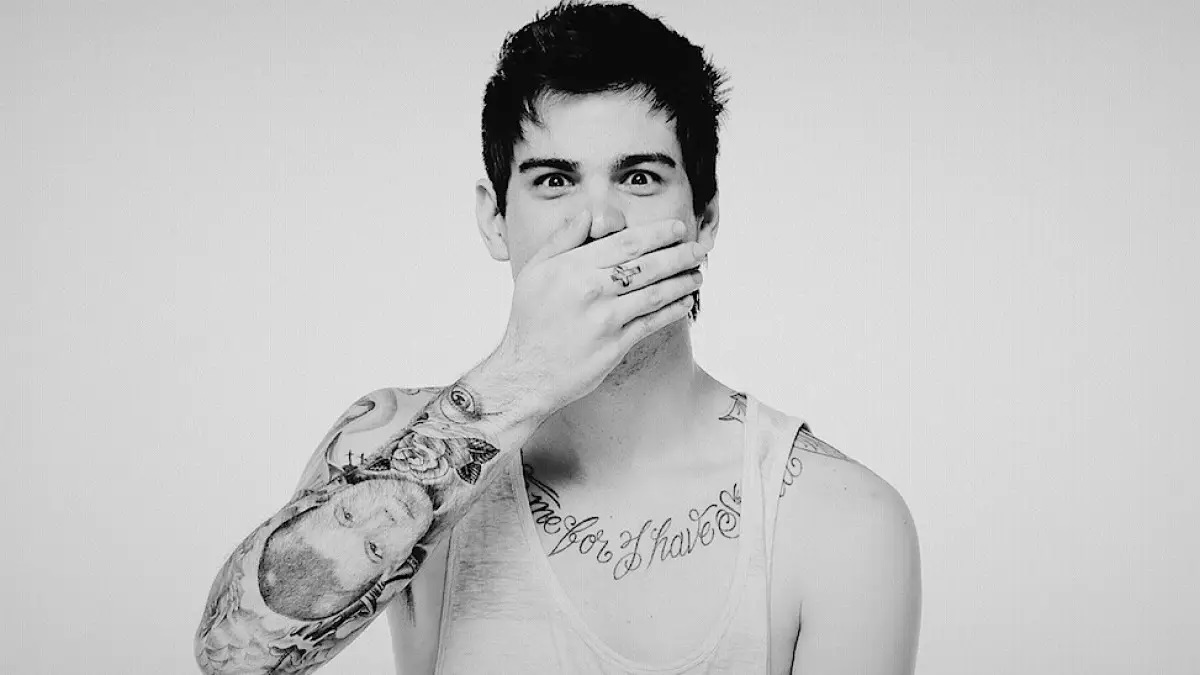 These nudes would then be displayed on the website along with the person’s actual name, their real pictures as well as the link to their social media accounts. I’m sure, by this point, it’s clear how dangerous this could be for the person who has been exposed on the internet, naked and vulnerable for the whole world to see. People would be scared of every ping that they receive on their phones because they were all scared of ending up on the website. 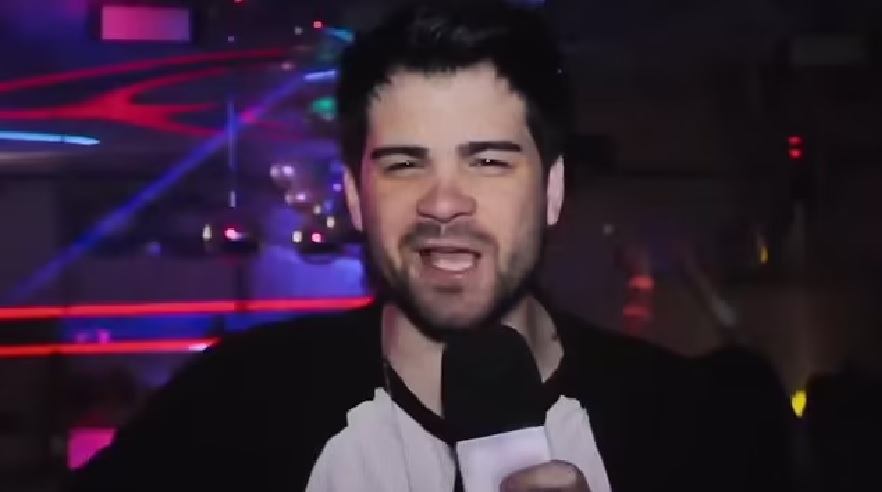 Unlike other criminals committing crimes and ruining lives, Hunter Moore didn’t hide his face. Instead, he attached his identity to this brand and so, he turned into the official face of the brand. He created a bad-boy image for himself on the internet and turned into the ‘professional life ruiner’ who lacks empathy. He also developed a cult-like following of fans who would do whatever Hunter wanted them to, they called themselves, ‘The Family’ and hence, they called Hunter Moore, ‘Father’. He would connect with them all over social media, making it hard to stop his growth.

He was very dangerous and very strong, nobody dared to go after him so, people would just beg him to remove their pictures and hope that he would pay attention and understand their pain alas, there was nary a response from his end, leaving them with nobody to turn too. Even the police officials blamed the victims for ‘taking such pictures. It was clear, there was no way out. But, this changed the moment Kayla Laws’ picture was uploaded to the website and her mother, Charlotte Laws swore to bring Hunter Moore down. 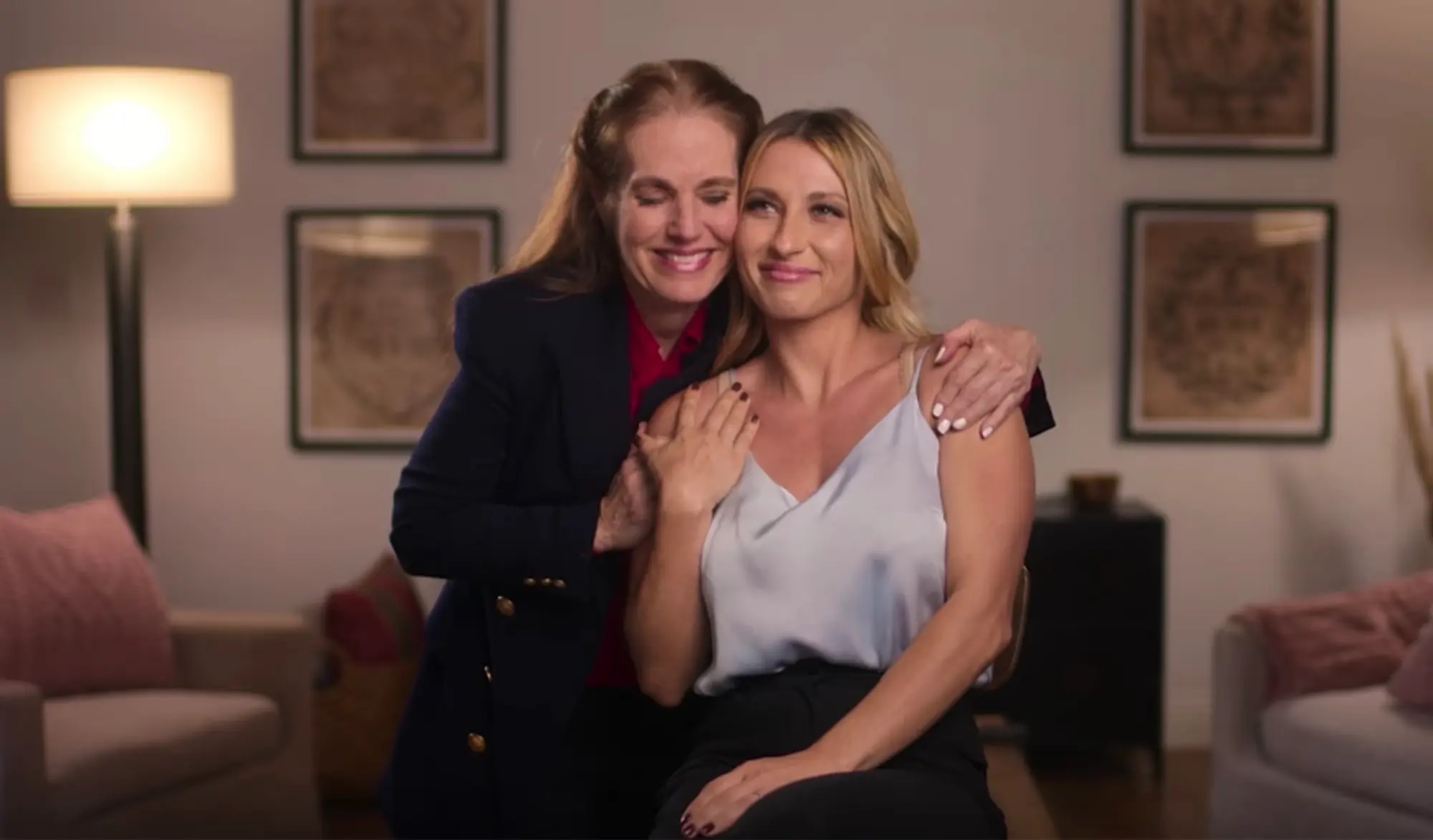 Charlotte Laws tried to get in touch with Hunter Moore and inform him about the fact that nobody submitted her daughter’s nudes as she was hacked. When he didn’t respond, she unleashed hell on Hunter Moore,  to the point where he was visibly intimidated. She made it a point to collect evidence to support all her claims and managed to find out that there were over 40 other victims who had gone through something similar, this is when she took everything to the FBI and asked for help. 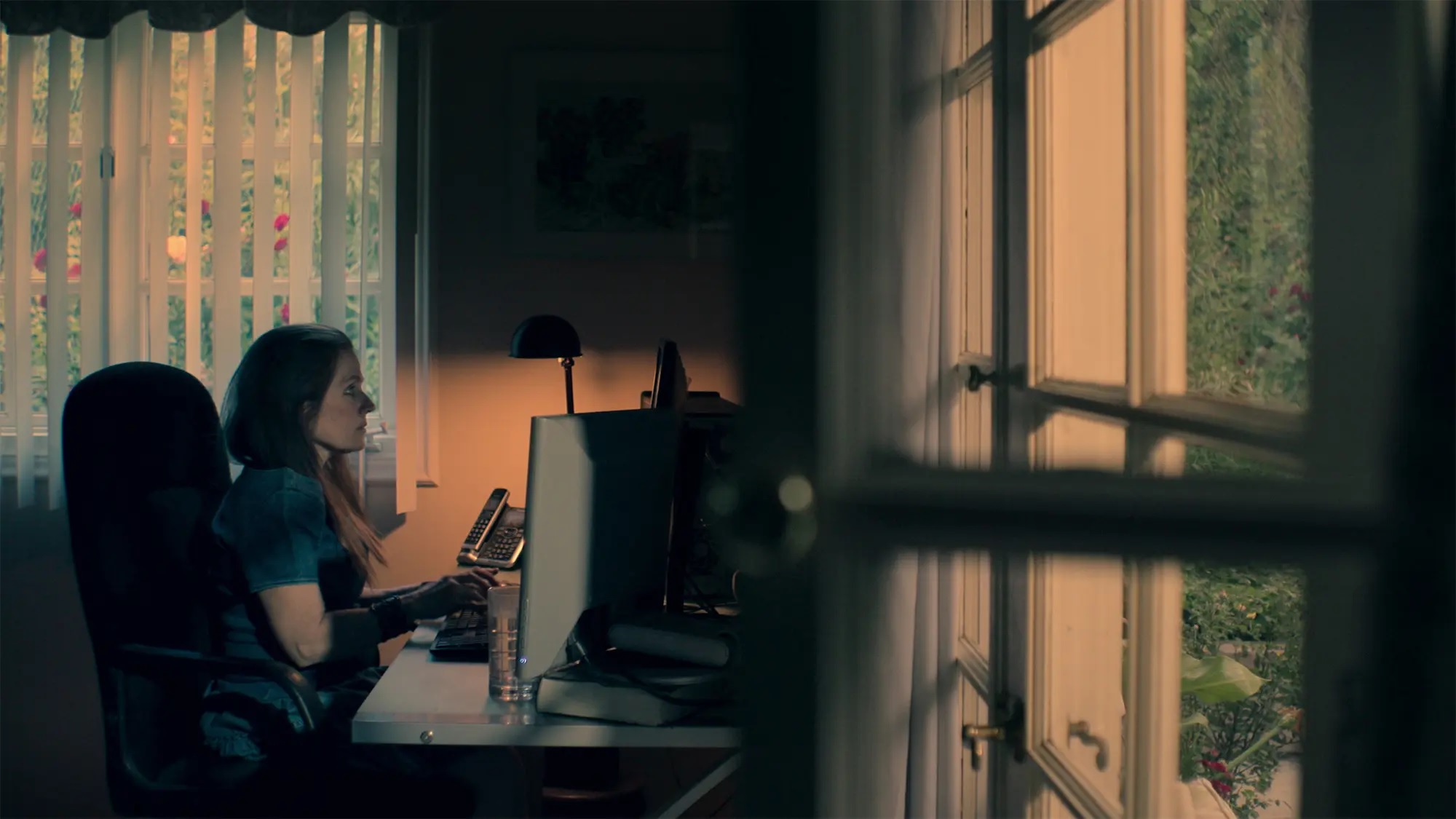 Even after Kayla’s nudes were taken off the website, she kept going because she wanted to bring justice to every woman who has been through this painful experience, she was adamant to bring down Hunter Moore, who by the way, ended up slipping up. He wanted to be popular and hence, went on national television and did an interview with Anderson Cooper. In this interview, he slipped up and acted like a total douche, now, the FBI was interested and the investigation kicked off.

Hunter Moore’s national interview also brought the worst kind of attention to the website, he had to back down and sell it because it was now, turning into a hub for child porn, bestiality and everything that is wrong with the world. It was becoming more and more illegal and it was time to let go of it. This is when Bullyville took over the website but, hunter burned that bridge too as after selling the website, he threatened the founder, James Mcgibney and his wife and called him a paedophile. This hatred that he developed towards Hunter Moore gave birth to the message that he left for Hunter on his website. You can read that message here. 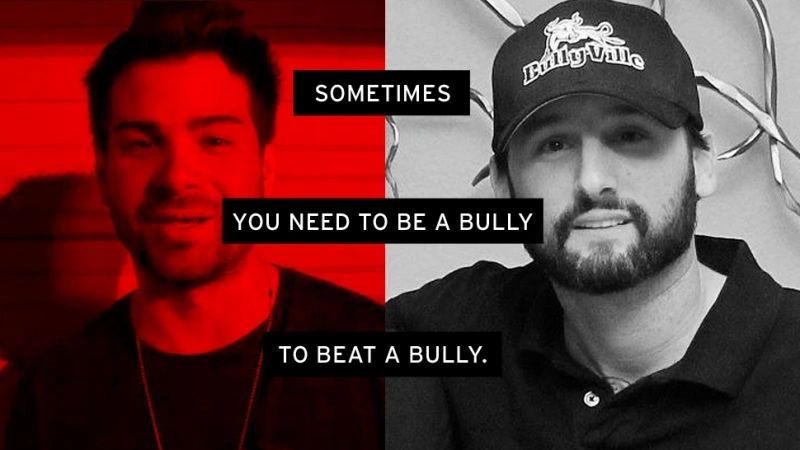 The series ended with the FBI finding illegal evidence of hacking and impersonating against Hunter Moore and his partner Charles and they were both sentenced to federal prison. Hunter Moore was behind the bars for 30 months and once he got out, he did another post-prison interview about his experience and the mistakes that he had made. Here, he spoke about his mistakes and how he has changed after prison.

The Misses In The Documentary

The documentary captured everything including the experience of Kayla Laws and the fight that Charlotte Laws launched against this man, ready to bring in him. Although, unfortunately, the experiences of the other victims although mentioned, weren’t really captured in a detailed manner. We have no idea how their lives unravelled after the incident and what they think happened with the hacking. 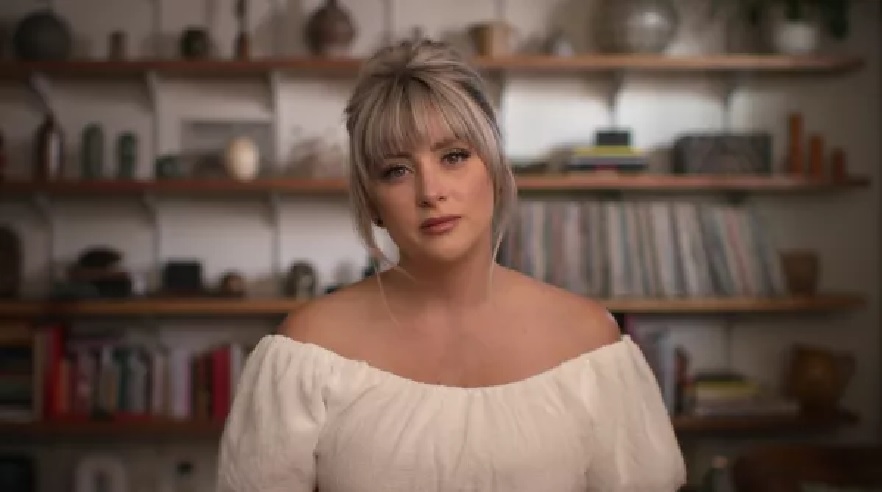 We also witnessed statements from Kirra Hughes, who was Hunter Moore’s girlfriend all this while. But, we never heard more about their relationship as a whole and we really couldn’t dig into Hunter’s character and life. We had no clue why the fame that drove him, did drive him. We have no clue about the toxicity that followed, in their relationship. I mean, why was Kirra even with him? 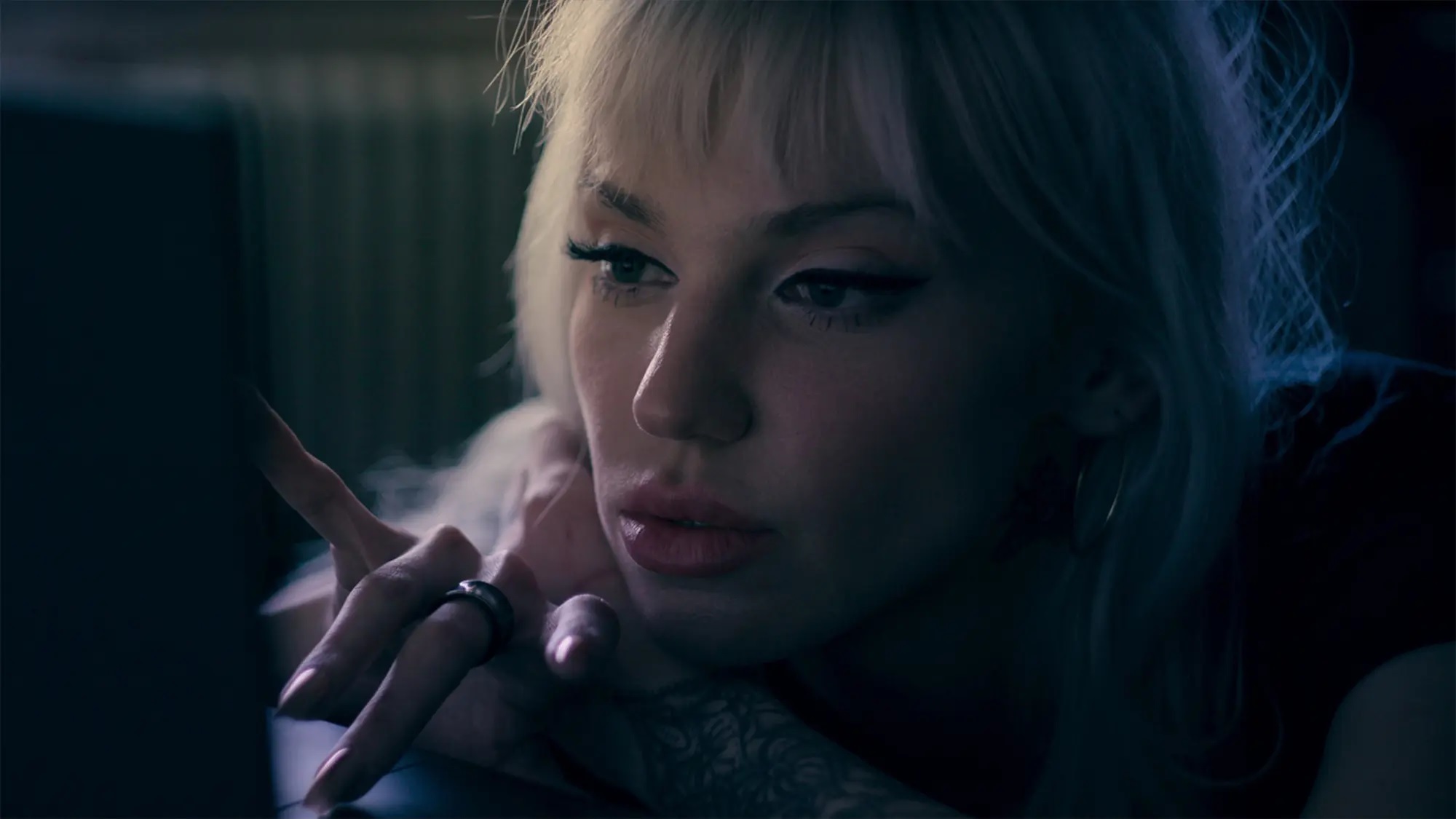 Another aspect that I thought could’ve really completed the series was Hunter Moore. At the end of the series, we are informed that Hunter agreed to appear in the series but choose to decide against it at the last minute but, his pictures and real identity were used, nonetheless. If we could just hear Hunter’s viewpoint on his past mistakes and his side of the story, does he feel remorse? Does he feel responsible? All of these factors matter.

But, I was able to track down Hunter’s side of the story as he took to social media and commented on the same, this might help round out the series, for all of us. 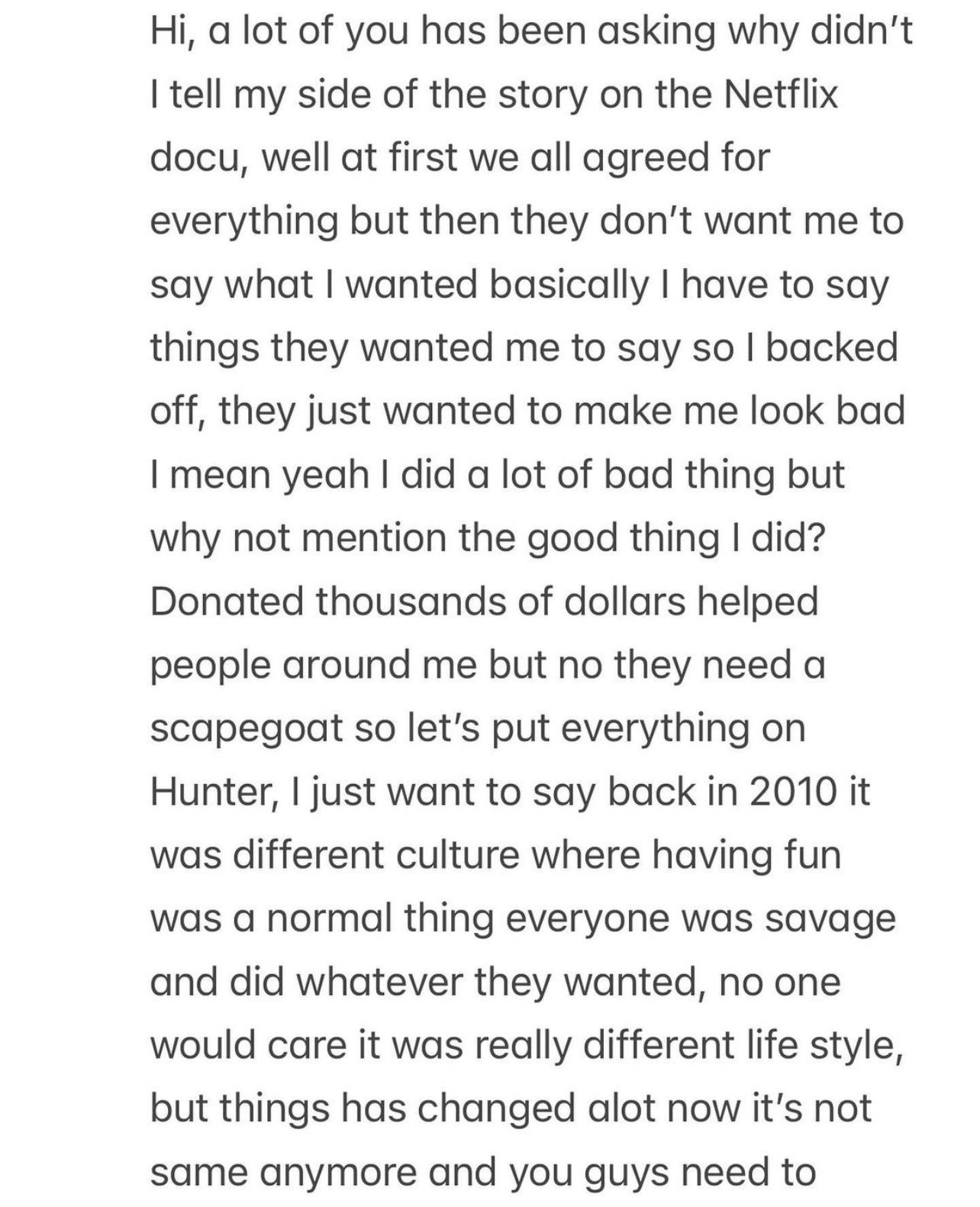 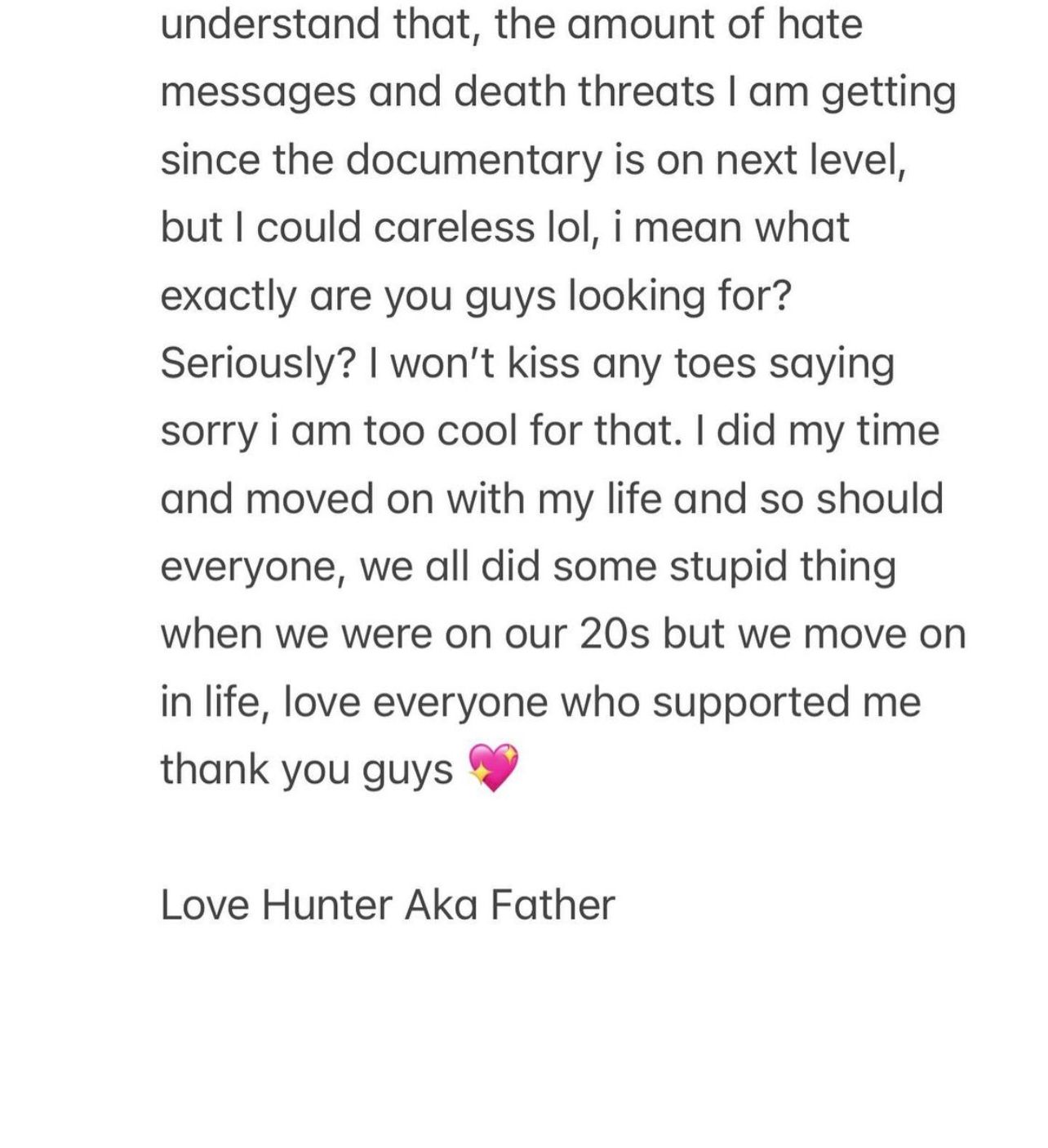 Although The Most Hated Man On The Internet is a very binge-able series, it leaves quite a lot of holes in the plot and somehow, feels incomplete in the end. Nonetheless, if you love true crime as a genre, this is definitely an enjoyable one-time watch.

The Most Hated Man On The Internet is streaming now, on Netflix.

The Fear Of Ending Up Alone, Is It Driving Our Love Lives More Than We Realize?