‘Liger’ Review: This Crossbreed Should Not Have Been Bred. Its Abysmal Treatment Of Ananya’s Character Is The Least Of Its Problems 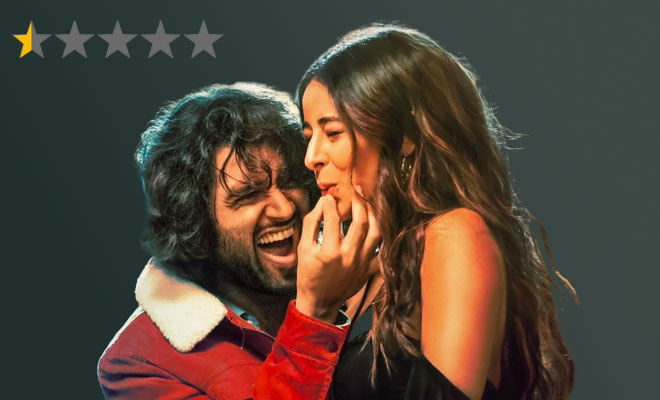 In the recent episode of Koffee With Karan, Shahid Kapoor was once again put in a spot where he had to defend Kabir Singh. And he said, “The audience is mature enough to see the film in context.” I’ve heard enough discourse on this film to care about this statement at 12.30 am on a Thursday, when the episode dropped. But the following evening, as I sat watching Puri Jagannadh’s Liger, starring Arjun Reddy actor Vijay Deverakonda, Shahid’s statement really came back and slapped me (unintentional Kabir Singh joke) in the face with a question mark. Would the audience understand the context of what a film like Liger does with its absentee plot, female characters, action sequences or its hero’s name when its own makers didn’t bother to take it seriously? Did Ananya Panday understand her character and its context before agreeing to be a part of it? Was there even a script here?

Questions. Questions. And none of them breeds answers, sadly.

I have an interesting challenge for the Koffee With Karan writers to badly explain the plot of Liger. Because it already sounds like a badly explained plot, originally. The film begins with an International MMA Championship Final Round, where Liger is announced as both a Slumdog and a Chaiwalla, two things India is famous in America for. But Liger is not in the ring; he is running the length of the Las Vegas strip behind a car to save Ananya Panday, who has been kidnapped by the most unprofessional kidnappers who left the car windows open for their victim to scream for help. Liger’s voiceover tells you he hates her, but he is still trying to save her. To know why, let’s do #ThrowbackThursday. Because Ananya’s character is an influencer and she would’ve liked her story to be told with proper tags, yaa.

Cut to, Liger and his mother,—a Ramya Krishnan plucked straight from her iconic Sivakami stint in Baahubali and plonked into another Dharma film—arrive from Benaras to Mumbai and open a tea stall. In true 70s style, poor mother and son face gundas; only here, the son is more than capable of defending himself and his mom. He knows martial arts, and that’s in fact the reason they’re in Mumbai. His mom dreams of making him the best MMA (Mixed Martial Arts) fighter in the country and winning the International championship. She convinces Ronit Roy’s character, who has his own academy to train her son, Karate Kid style, for free. How she convinces him is 99.9% the power of Ramya Krishnan’s emotional dialogue delivery and 0.01% logic. But chalo, I will take it. Another thing? Liger stammers. But the one thing he can say without stammering is that he sees himself as a fighter. Ah, the power of conviction. Let the Liger Games begin.

Sensei Roy starts Liger off with the wax-on, wax-off method of not-really-training-but-actually-training. And makes him promise that he has to focus, which means no girls. But even a man is less misogynistic in this film than a woman. Liger’s mom warns him of ‘The Chudail’ who dresses pretty, flutters her eyes, and charms men into losing their focus. And if he ever falls for one of these ‘chudails’, she will ruin his life, destroy his home, and a bunch of other stuff that looks like it was lifted from those women-hating viral Indian TikToks. Too late, Aunty, because a chance meeting and a misunderstanding bring’s Taniya the influenzzzaa into Liger’s life. First she attac, then she think he a snacc.

While I am having more fun explaining this plot than I had actually watching this film, I am going to spare you the painful details of what happens next. All you need to know is, poor but promising talent wala boy meets rich girl, who is his rival’s sister. She loves him, then breaks up with him, igniting the Arjun Reddy fire in him to be sad but also succeed in all his endeavours, even a disciplined sport like MMA. He makes it to the finals, even finds a sponsor to solve the whole ‘I’m poor and cannot afford Vegas trip problems’, but has to abandon his dream to save the girl who broke his heart. Luckily for him, she has a redemption arc so she isn’t the Bewafa Biatch he thought she was. However, before he can do the saving, he must confront his biggest enemy yet. And if you have been following the movie’s promotions and trailers, you know who this big-ticket guy is. Bas phir kya? Idol ko haraao, ladki ko leke jaao, wadaa wow wow wada wow wow. 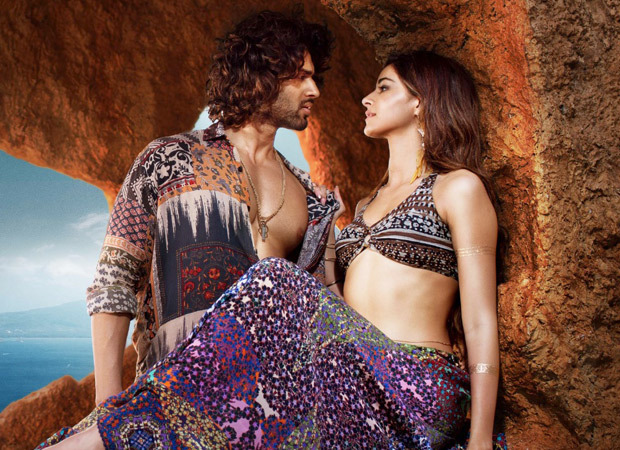 This film has so many problems that its treatment of its female characters is not even a criticism that pops up in your mind first!

Bear with me here, but Liger is a revolutionary sports action drama. Why? Because it’s probably the first that doesn’t take sports, action, or drama seriously. Like, at all. The only pattern of sports films that Liger follows is chest-thumping patriotism. The plot, the dialogues, the editing choices, heck, and even the lyrics (WTF is the song ‘Akdi Pakdi’?) are lazy and devoid of thought. Things are just happening in Liger’s life with gaps in logic that are difficult even for an MMA fighter to leap over. How are street gundas aware of MMA when India does not even know the name of its Indian women’s cricket team captain properly? How is a rich SoBo influencer into a chaiwallah who clearly looks homeless even though he is actually not? What need does a former MMA legend, who is so famous that a slumdog from India knows of him, have of becoming a loan shark that kidnaps the kids of rich NRIs to get his money back?

You’d think the action would at least hold the fort, considering it is a film about an MMA fighter. But barring one or two sequences, it’s infused with too much comedy to make an impact. Imagine bringing Mike Tyson on board and shitting the bed (excuse the expression) with the scene. My biggest question was why Liger, who already knows how to fight entire gangs of weapon-wielding men, needs more training from a teacher who can’t even teach his own students properly. Liger, on his first try itself, defeats all of the students in the academy. So, umm, is this sir really any good even?

Ramya Krishnan and Ananya Panday’s characters are exaggerated versions of what the writer and director think women are like. Or maybe he doesn’t care. Women aren’t important unless they’re mothers. The mother shouts and calls all his son’s GF ‘chudail’. And the first girl she sees in a saree, singing bhajans, she wants to make her bahu. Her process of selection and dismissal is faster than Sima Auntie’s. You feel bad for Ramya because we’ve seen how amazing she can be. But her strong, emotion-led performance feels jarring in a film that is just laughing itself silly like a badly Hindi-dubbed south film.

I think I am personally most mad at Ananya Panday for saying yes to a character that is playing into the narrative pushed by her haters and trolls. Her Taniya is beyond superficial, to the point that it feels insulting to me as a woman to have another woman mocked on screen. It still doesn’t mean Taniya should be treated the way she is in the film. Once again, the onus is on the woman to redeem herself for being the ‘distraction’ in the hero’s life. But the most agonising minutes are the ones where Liger comes to Taniya’s rescue on a Nevada ranch, and she becomes his translator, chirpily telling Mike Tyson’s character in English what a big fan her boyfriend is of him. Uff, girl, you’ve been kidnapped. These guys are not your friends. And finally, let’s talk about the titular character. In case you’re wondering, his actual name is Liger. Like Li-terally. His North + South Indian parents named him Liger. It’s not even a stage name. I mean, Ananya Panday’s character plays a Gen Z social media influencer in the film, and even her name, Taniya, is not as superficial as Liger. The crossbreed angle is lost on me too. He could’ve been just about anything. His parentage could’ve been a single breed, and it wouldn’t have made a difference. The boy’s hair has more personality than he does. We know nothing of his beliefs, his convictions, his thoughts. All this, despite his kind of being the narrator of the story. When Liger wins matches, there’s no euphoria because you’ve not had time to invest in his character at all.

Verdict: Liger is a crossbreed that should not have been bred at all.

I understand that it is entirely for a certain section of the audience that worships a hero who is all style and no substance. Ones who think their mom’s dreams and teachings are their entire personality and who entangle with ‘chudails’ as a form of rebellion, then turn Kabir Singh when their hearts are broken (This is a dialogue in the film). And I wish it were easy to just say this and dismiss this film as a bad one. Instead, it is just plain heartbreaking that this amount of time, effort, money, promotions, and Mike Tyson went into making a film that is so lazy, unsure, and unserious about what it wants to do. At a time when audiences are losing faith in going to the theatres to watch a film, this level of indifference and apathy isn’t merely disappointing, it’s infuriating. Do better.

Liger is currently in theatres.

‘Koffee With Karan’ S7: Ananya Panday Got Real About The Trolling After The ‘Struggle’ Remark By Siddhant Chaturvedi 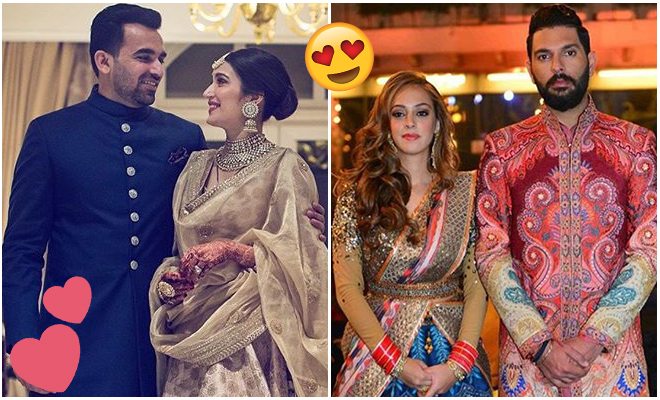 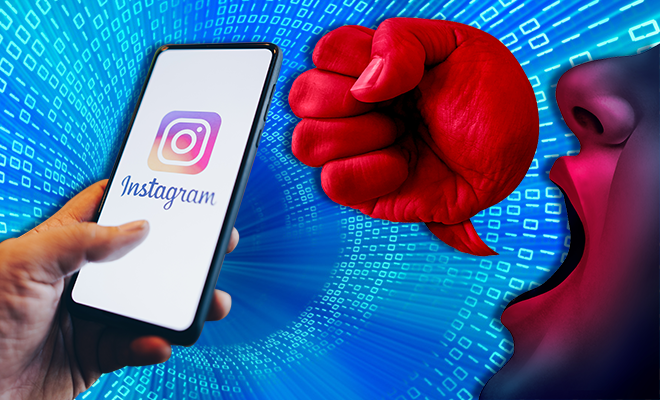 Instagram's Restrict Anti-Bullying Tool Is A Great Effort But Unsolicited DMs? You Might Still Get Those 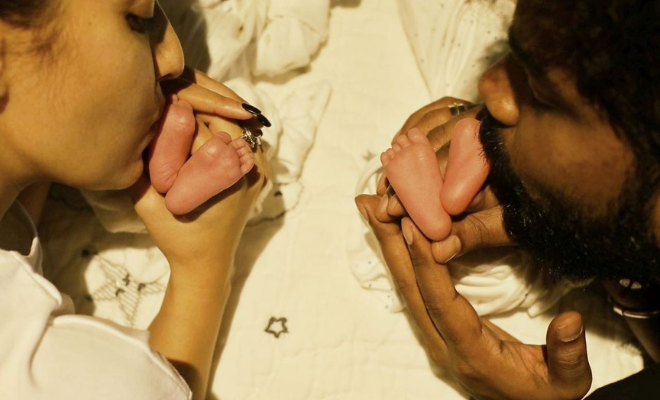 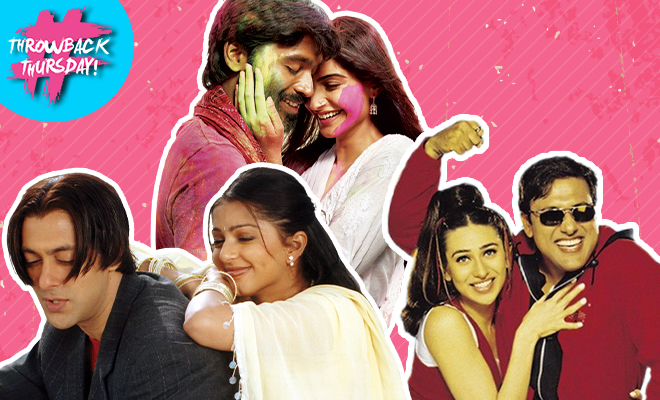 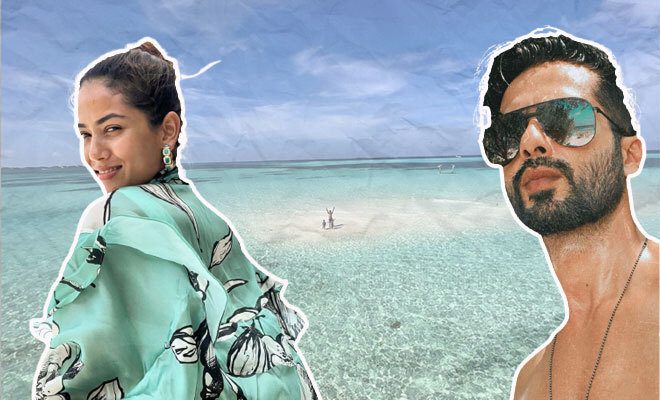 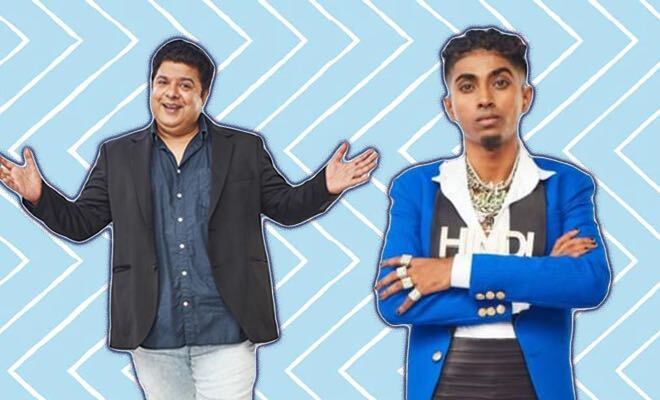 'Bigg Boss 16’: Not Enough Contestants Nominated Sajid Khan, MC Stan. Are We Prioritizing Petty Issues Over The Allegations Against Them? 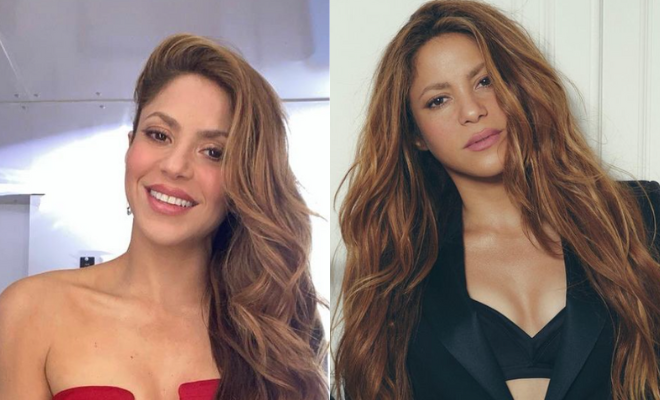 Shakira Could Face 8 Years Of Prison For Not Paying 14.5 Million Euros In Taxes 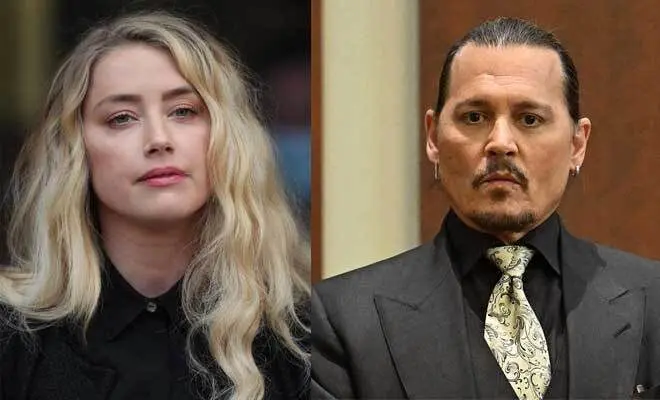 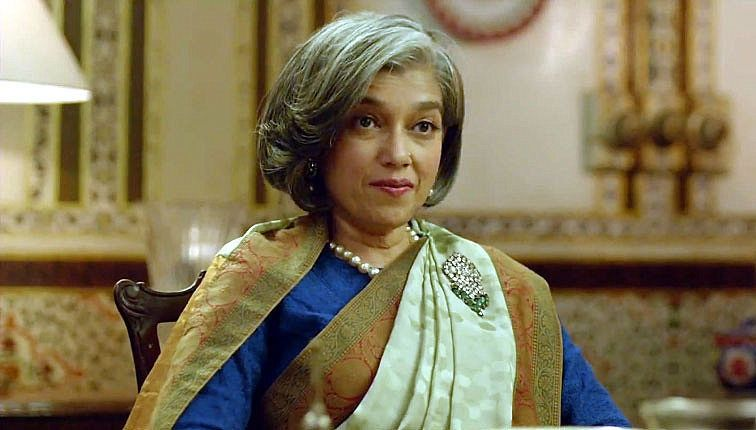 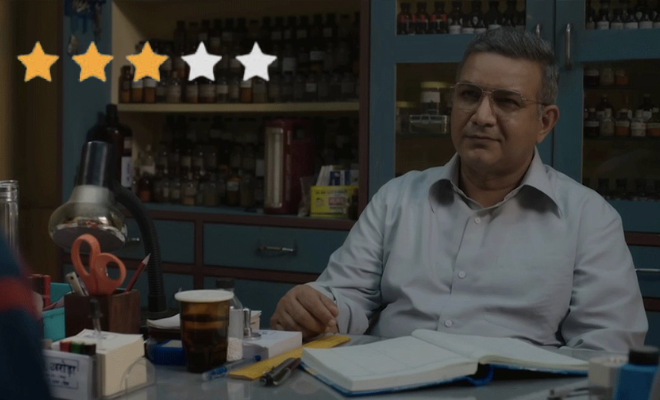 'Dr Arora' Review: An Attempt To De-Stigmatise Sex Problems With Sensitivity Albeit Half-Baked Subplot Makes For A Confusing Watch 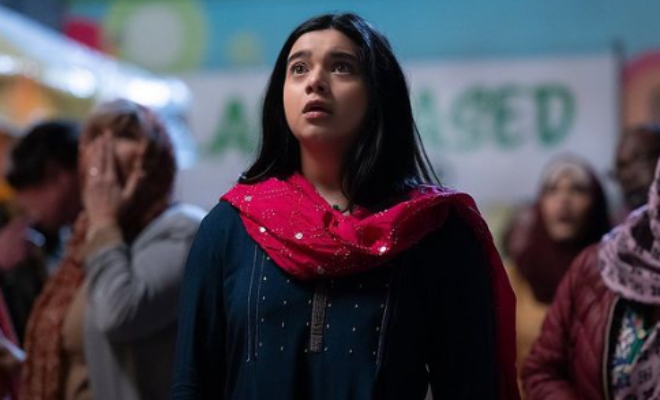 Why Is 'Ms Marvel' Clocking Lowest Viewership Amongst MCU Shows Despite Being So Good? 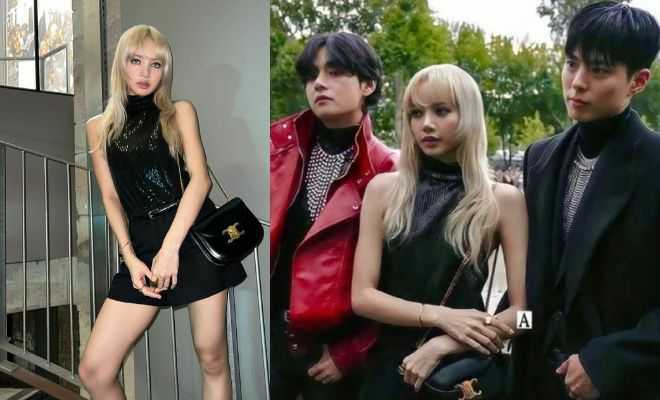 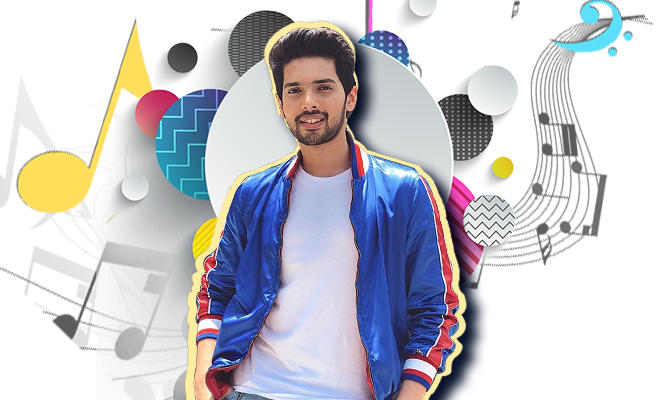 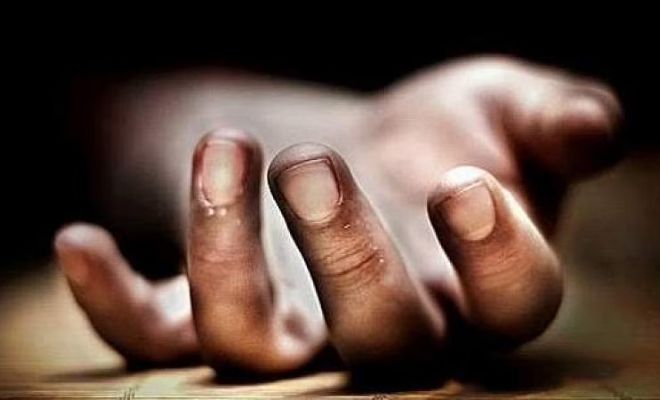