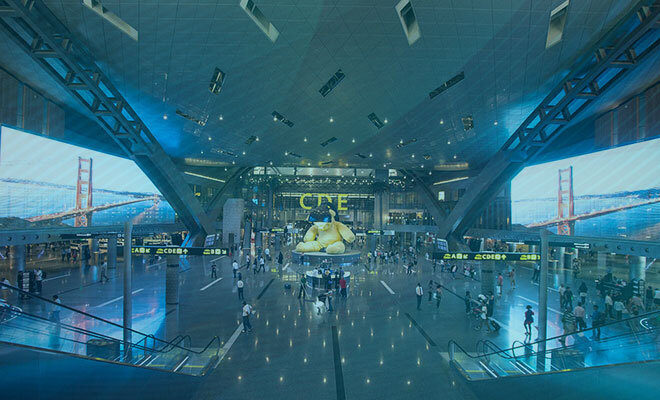 I am sure most of us have experience travelling and at least some of us have taken flights previously. As someone who is an overthinker, I prefer taking flights over trains. Airport customs are one of the safest places to be in. With how strict the security is, there is very little room for anything going wrong. Alas, mishaps do happen at times and sometimes they are not only mishaps but really disrespectful acts. This has happened in Qatar as a group of women are suing the Doha airport authorities over invasive gynaecology check-ups.

A group of women are suing Doha Airport over invasive gynaecological searches that were done on them at Doha airport seeking rectification for the negative experience that the women had to go through, their lawyer mentioned to AFP Monday, as per Hindustan Times. Women from 10 Qatar Airway flights from Doha including 13 Australians were subjected to these examinations as the airport was looking for the mother of an abandoned baby they found at the airport bathrooms late last year.

The whole ordeal created global outrage and questioned Qatar’s treatment of women as they are amidst preparations for receiving 1000s of guests for the 2022 Football World Cup. Sydney-based law firm Marque Lawyers’ Damian Sturzaker said that 7 affected passengers plan to take legal action to, “send a message to Qatari authorities that you can’t treat women… in this manner,” he continues, “The group of women have suffered enormous distress on the evening concerned, now just over a year ago, and they continue to suffer distress and ill effects and trauma as a result of what occurred.”  Sturzaker additionally said that the women wanted a formal apology, compensation and the safety of future passengers as well.

Also Read: In Qatar, Female Passengers Were Strip Searched And Made To Undergo Vaginal Exams To Confirm Recent Pregnancy. Wtf Is Going On?

While the prime minister of Qatar did apologise and the Qatar Airport official overseeing the searches was reportedly convicted, the women have gotten no details regarding the improvement done on the security. They now planned to point this case out to the FIFA Association to ensure future passenger’s safety. According to Hindustan Times, Sturzaker says, “They should be aware that — whilst there is a guise of a highly developed, highly modernised airport and national carrier — these events have happened and there’s nothing preventing them from happening again,” he said.

It is plain shameful that in a place like an airport, where there is such high security, women are still not completely safe. Moreover, to be violated that way by airport security themselves is disgusting. I hope that Qatar Airport improves its security protocol and ensures the safety of future passengers while giving justice to the victims of this serious breach of privacy and personal space.