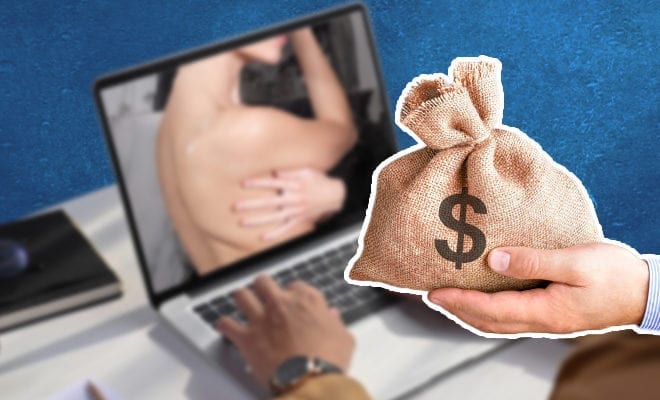 Woman’s Nudes Leaked By Apple’s Repair Technicians. The Company Will Pay Her Millions Of Dollars As Compensation

In the world of technology, there’s very little that’s impossible. Everything is accessible – the date we store on clouds, our phones, our laptops, our chats – if the person knows how to. And when it comes to our smart phones, things get riskier because our entire world is compressed to fit into it. So when someone is able to access your phone, they access your images, videos, your social media, your bank accounts, your contacts. Recently, a woman fell prey to breach of privacy after Apple’s repair technicians leaked her nudes on her own Facebook profile through her phone.

The 21-year-old student from Oregon had given her iPhone to Apple’s repair center in California. However, she was alerted by her friends that her nudes – almost 10 of them – got posted on her Facebook profile. She deleted the images immediately but by then several people had already seen (and possibly saved!) them.

Apple’s repair technicians took undue advantage of the access they had to her phone’s gallery and used her nudes, for their own sadistic pleasure. Who knows what more they did with those pics? Circulated among themselves? We don’t know. We don’t know how many people downloaded those from the girl’s profile.

After this led to a lawsuit, Apple has agreed to pay millions of dollars as compensation for the emotional despair the student had to go through following the leak. The employees were immediately fired when the incident came to light. We don’t know how much money she got in settlement but we know that her lawyers had asked for $5 million dollars.

Apple said in a statement to The Telegraph, “We take the privacy and security of our customers’ data extremely seriously and have a number of protocols in place to ensure data is protected throughout the repair process. When we learned of this egregious violation of our policies at one of our vendors in 2016, we took immediate action and have since continued to strengthen our vendor protocols.”

ALSO READ: AI Transforms Pictures Of Clothed Women Into Nudes That Are Realistic. Nope, The Women Don’t Know Their Pictures Are Being Used

Then maybe there should be more serious implications against those Apple’s employees, instead of just firing them. They will join another job and probably do the same. They could misuse their girlfriends’ and friends’ images, we don’t know. Point is those guys should be punished for leaking a woman’s nudes online and losing their job isn’t enough to deter them or equivalent to the damage they caused.

ALSO READ: Not Just Boys Locker Room, A Group Of Kolkata Boys Have Been Sharing Nudes Of Women Too. It’s Sickening To Know These Groups Aren’t So Uncommon.