While We Wait For Our Uber Pool, A Woman Got An Uber Copter As The Cheapest Ride To Her Destination. WTF is happening? 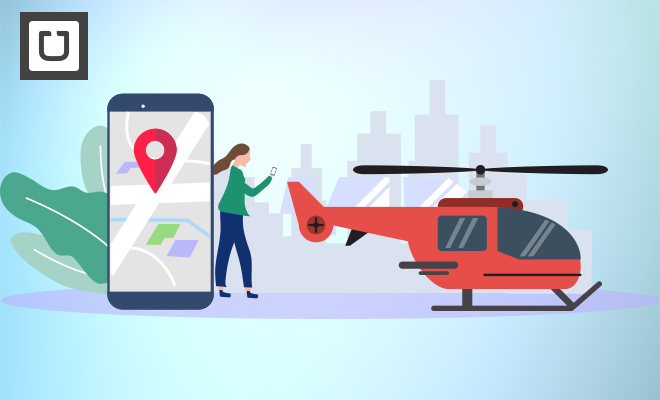 My workplace is about 35 kms from where I live, and considering the traffic that us Delhites put ourselves through, driving down from Delhi to Gurgaon is never a good idea. Even thinking about the clutch and brake grind puts me to sleep, and that is something I usually like to reserve for when I get to work. And while taking a cab is always a viable option if not pocket friendly, the metro is definitely the fastest way to work. But looks like living in India, we don’t have our options as cool as the people in New York, for they have just won the award for offering the fastest and the fanciest ride to your destination by putting a helicopter on the list.

Also Read : Good Newwz’s Trailer Drives Twitter Into A Meme Frenzy And They Are Funny

Yes, you heard that right, New York has substantially upped its game when it comes to offering cheap rides to people booking an uber, by upgrading from a car to a copter. This came to (f)light after a woman named Nicole Johnson shared a screenshot of the options available to her while booking an Uber for the John F Kennedy Airport. We saw what would have been for the first time, how the list that started with Uber X and Uber Pool, ended with a copter coming out as the cheapest ride available. And honestly, we didn’t know what to make of it.

Apart from being partially confused at the kind of first-world problems/benefits some people have in their lives to being envious of New Yorkers getting copter-ed to their destinations, this news is one of the craziest things we’ve come across today. And we’d be lying if we said we didn’t want for Uber India to extend the same services to us, that too at prices cheaper than cabs, preferably. Of course, now that I think about it, there might be a slight issue of not having enough space to land the copter, but hey, we’d always be open to being airlifted from the crazy traffic woes on the daily. After all, how often does one get the chance to fly to work?

WHY THE FUCK IS THE UBER HELICOPTER THE CHEAPEST OPTION pic.twitter.com/sfemdDsoC0

Me going home from work in my Uber helicopter: pic.twitter.com/14ILnDaDOA

Johnson’s tweet that went viral soon after she put it, had twitterati unanimously cheering her on for taking the copter and getting confused themselves as to how it was even possible. A thought that honestly even we’d like to see; we want to know how it played out!