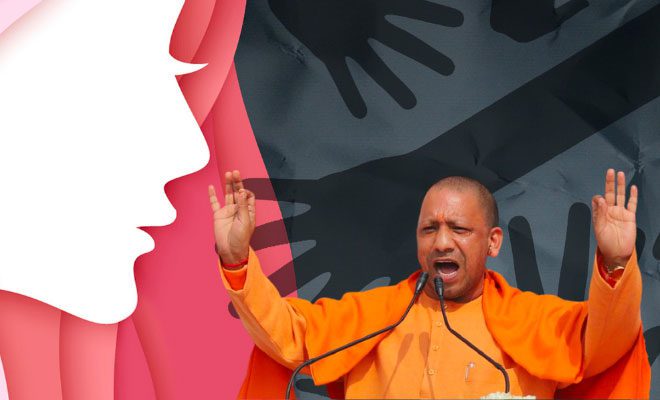 When it comes to our politicians, I, for one, have no faith in them. I mean they say the most random of things and believe that people will buy it. Do they really forget that people are not dumb and can call out their bullshit whenever and wherever? Take the latest example of Uttar Pradesh’s CM Yogi Adityanath, who in a recent campaign speech, said that since he came to power, Uttar Pradesh has become safer for bulls, buffaloes, and women. Yep, you can read that again. Not only did the CM of UP just compare women’s safety to that of the cattle’s, he also basically ignored all the crime statistics and news reports or rapes and crimes against women coming out of his state.

During his campaign speech for next year’s state polls, UP’s Chief Minister (CM) Yogi Adityanath equated women’s safety to that of bulls and buffaloes. He said that UP has become safer for cattle and women since he has come to power. 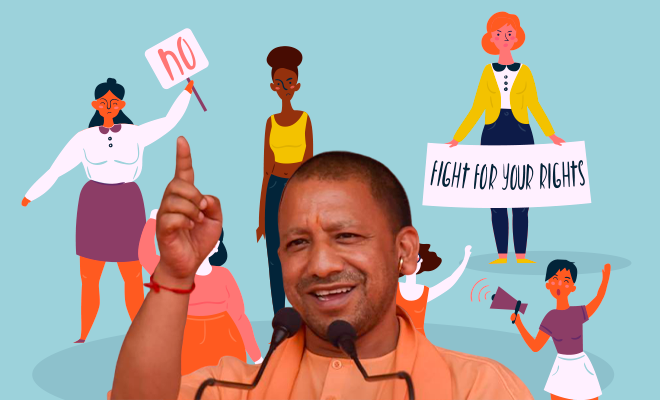 CM Yogi Adityanath said, “Whenever our workers stayed anywhere, women of the family asked, will we ever feel safe? Earlier our daughters, sisters felt unsafe. Even if a bullock cart went through western UP, buffaloes and bulls didn’t feel safe.” He even added, “These problems were seen in Western UP, not Eastern UP. But it is not the same today. Can you not see the difference? Today, buffalos, bulls, or women. Can they be picked up forcibly? Isn’t this a difference? What was Uttar Pradesh’s identity? Wherever potholes started, that was UP; wherever there was darkness, that was UP. Any civilized person feared walking on the streets at night. But not today.”

#WATCH | "…Earlier our daughters, sisters felt unsafe. Potholes on roads symbolized UP. Even buffaloes, bulls didn't feel safe. These problems persisted in Western UP, not eastern UP…But it's not the same today. Can you not see the difference…," says CM Yogi Adityanath pic.twitter.com/sytpciJVab

This statement didn’t quite sit well with netizens. In fact, Indian Twitter was outraged upon hearing this and they left no stones unturned while calling out the honourable UP CM on his comparison. Many of them expressed their outrage at CM Adityanath for comparing women to cattle and others reported cases of crime against women that have taken place in recent times.

By comparing safety of our daughters, sisters with buffaloes and bulls you can judge the criteria/ thinking for them for women safety. https://t.co/0EzPRceZZN

On 14 September 2020, a 19-year-old Dalit woman was gang-raped in Hathras district, Uttar Pradesh, India, by four upper caste men. … in her statement to the magistrate, the victim named four accused as having raped her.

Also Read: UP CM Says Women At Anti-CAA Protests Don’t Know What The CAA Is. Why Are You So Threatened By Women Who Oppose You?

Woman and her 5 children went hungry for 2 months in Aligarh of UP. The doctors who attended them said they were so weak that they could not walk.

I really wonder if his people have shown him the latest reports that clearly show that out of all the states in India, UP has the highest reported cases of crime against women—59,853 cases, to be specific. Did the CM Yogi Adityanath really think he would not be criticised for equating women’s safety to that of cattle? Did he really think people would just buy what he is saying without questioning him? The fact that he thinks women’s safety is so unimportant and trivial that it doesn’t need much attention is disheartening. Women everywhere in UP feel unsafe and the government needs to do something about it. Comparing them to cattle is definitely not a good start.