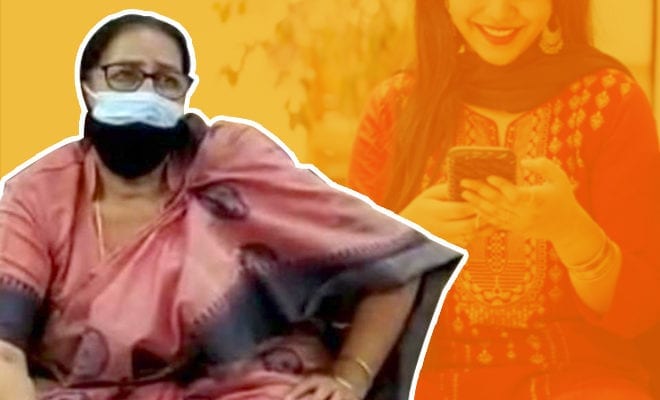 UP WC Member Meena Kumari Says Girls Should Be Controlled, Their Phones Should Be Checked. Otherwise They Elope With Boys

There’s not much to be said about politicians in India except that most speak from their back end. Which is why the stuff that comes out is often unfiltered and straight from the heart and entirely, fully stupid. Like the stuff that Meena Kumari (no relation to the actress) from the Women’s Commission in UP said. We don’t get why some women commissions are completely stuffed with women who are working entirely against what a women’s commission stands for. Surely, one of their KRAs is to ensure that women are given better opportunities and to work to further our progress. Well, looks like someone didn’t get the memo.

Meena Kumari, for some inexplicable reason, had a mike shoved in her face and instead of talking about what really matters, she uttered some nonsense. She said, and we quote because really, there’s no way of paraphrasing this, “We should mind our girls. Where they are going with, who they are going with, and the kind of boys she’s talking to. You’ve to see their mobile phone. Girls talk on their mobile phone and then they elope with the guy.”

BIZARRE comment by Meena Kumari, a member of the UP Women Commission.

“Girls should not be given mobile phones. They talk to boys and later elope with them.”@NCWIndia @sharmarekha ji, do you approve of this statement? pic.twitter.com/HrSICrGL0l

First of all, everyone in the women’s commission everywhere should be given a letter stating that they need to zip it if they can’t find anything intelligent to say. Then, they should all be sensitised about internalised misogyny, and explained in very clear words that women should stop blaming women and girls for the crimes that are committed against our gender. It’s not the woman’s fault and that needs to be made amply clear.

This statement by Meena Kumari is regressive, stupid and tone deaf. It places the blame on the shoulders of women, something that needs to be done away with. A comment on this tweet said it right when she said this.

We don’t know why Meena Kumari was asked for her two cents but let’s just take the mike away, shall we?

Tripura State Government To Provide Free Sanitary Napkins To Schoolgirls. This Is A Win For Menstrual Hygiene