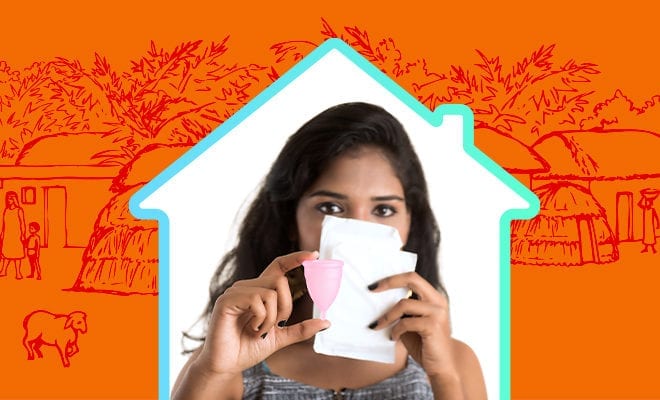 You don’t need me to tell you just how much stigma surrounds the concept of menstruation. I am sure your mother has yelled at you for saying something about it in front of your father or the man selling sanitary napkins at the pharmacy has made sure to wrap the packet in a black polythene bag so no one sees what you might be carrying. This is just the tip of the iceberg though. Thanks to the patriarchy, in some houses women have to sit in one corner during their period. They aren’t allowed to touch anything or anyone during that time because they are considered “impure”. Personally, I don’t understand what the big whoop is. It’s a biological phenomenon that women have no control over. But well, that just how the cookie crumbles.

Here’s the thing though. In Maharashtra’s Gadchiroli district, the 26-year-old sarpanch has set up a modern resting home or a period home for women who are being made to stay in separate quarters during their period. You see, the tribal community in Gadchiroli practice a custom called “kurma”. According to this practice, menstruating women have to stay away from their houses and isolate themselves. Sounds horrid, right? But this period home concept sounds like the next best thing.

The women in Fasli Tola village of Dhanora taluka demanded for a modern and hygienic Kurma home with all the basic amenities. Hence, the sarpanch, Sunanda Tulavi along with an NGO stepped in to set up period homes for these women. Sunanda told PTI that the temporary Kurma homes that were present earlier were in a dilapidated condition and lack the essential amenities like water and electricity.

Also Read: “Menstruation Has Been Stigmatised In Our Society”: Gujarat HC. Court Proposes Law To Allow Women Access To All Places During Periods

To set up this period home, Suananda reached out to the NGO Kherwadi Social Welfare Association in Mumbai. Together, they constructed a modern period home. The women of the village also contributed to the project. Plastic bottles and sand were used to construct the home and it can house around 13-14 women at a time. The period home has one large room, a toilet, a cupboard, beds, mattresses, fans and a solar-powered electricity supply. Can I just point out that this is why more villages and districts should be headed by a woman? They work towards the women’s issues that are otherwise blatantly ignored.

This organisation has built four such period homes in Dhanora taluka with the assistance of local women. While I am not in favour of the tradition behind it, I love this initiative. In this way, the menstruating women who are forced to isolate themselves can do it comfortably. This is the kind of initiative that should be pitched to all the states. And if these homes are stacked with hygienic menstrual products, It could really help overcome period poverty.

This Village In Maharashtra Has Elected An All-Woman Panchayat. It’s Now Cleaner, Inclusive And Menstruation Is No Longer Taboo