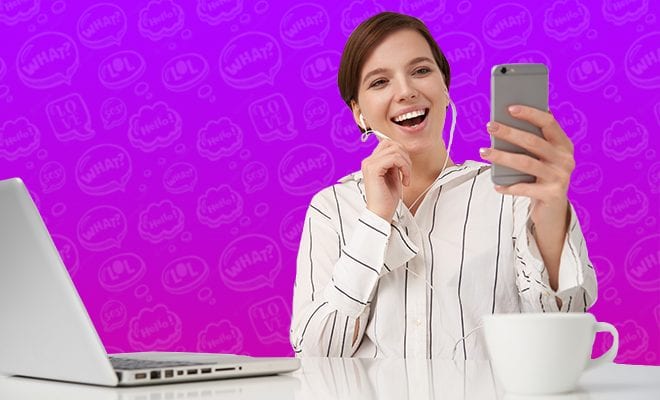 This Woman’s Rant About Her Outfit During A Work Call Was Heard By Everyone. She Forgot To Mute Herself

This pandemic has forced us to take a lot of detours in order to keep our lives going. The biggest one though was the introduction of apps like Zoom. With work from home becoming the new normal, video calling platforms became an integral part of our lives. And considering we aren’t used to video calling so often, office call blunders aren’t uncommon. They are extremely entertaining though. Until one happens to you. Today, we are talking about a woman who went on a rant about her outfit while she was on a work call without realising that she had forgotten to mute herself. This isn’t the first time a mute button has proved to be such a menace.

24-year-old Alexander Ceberio shared an embarrassing anecdote about her office work call goof-up on TikTok. She explained how she went on a rant about her outfit without realising that she had left her work call unmuted. Obviously, she was overheard by all her colleagues who, I am assuming, were less than amused.

It all started when Alexander, who was fairly new at this office, joined a meeting and complained that no one else was there and all their cameras were off. She went on to say that she had gotten all ready for the meeting but it was a huge waste because most of the people had their cameras switched off. Alexander was in the middle of her rant when a co-worker of hers spoke up and said everyone could hear her. Understandably, she was extremely embarrassed and froze for a second before muting herself.

Also Read: Video Of Woman Ranting About Returning To Work After A Year Of Work From Home Is Kaafi Relatable!

After Alexander posted this video, a lot of people related to this. They dropped comments sharing their own work video call blunders. A lot of them sympathized with Alexander and said they understood the embarrassment she must’ve felt.

We should always, always ensure the mute button is on before talking about anything else while on a work call. Please learn from Alexander’s mistake and spare yourself all the embarrassment.

Study Says 70% Indians Choose Work From Home For The Rest Of 2020. So Can We Make It Easier For Women To Do That, Please?