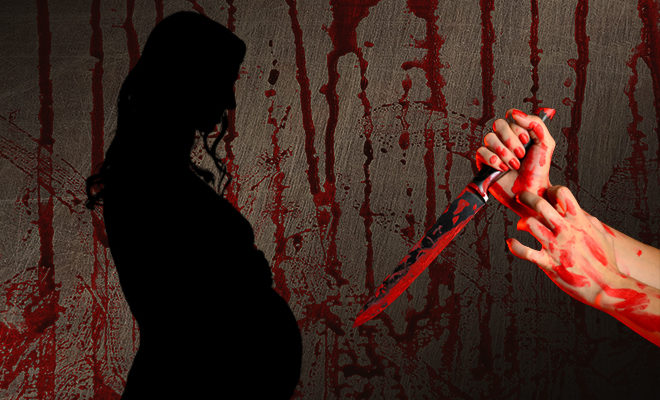 There was a dialogue in the hit show Game Of Thrones, which holds very true, it goes like “The night is dark and full of terrors”. Of course what George R. R Martin referred to here was the make believe fantasy world of the show, which consisted of dragons and incest and brutal wars and killings. But little did we know, that none of those terrors and dark tragedies is limited to the show, for real life is turning out to be equally, if not more frightening. We say this after coming across the news of a woman who killed her pregnant friend and ripped her baby out of her womb.

A story that has sent chills down our spine and forced us to wonder if humanity ever even existed, this case is about a 49-year-old woman killed her friend and took her baby from her womb, to fulfil her own personal vendetta of gaining financial support.

The accused who has been identified as Mariluz Mosquera, is wanted for killing her 28-year-old friend Yulexis Valecillos, pregnant with her third child, and then ripping her baby out to make it look like her own. An incident that took place last year, and since then, the accused has been on the run, was recently caught hold of by the Santiago de Cali Metropolitan Police.

Also Read : In UP, A 17-Year-Old Boy Killed His Sister Because He Didn’t Like Who She Was Dating. WTF?

After a raid made by the police on a house where she was touted to be hiding since November 2020, the killer was finally nabbed by the police after they could link her to the crime after finding jewellery of the victim. The police shared that ghastly killing took place on September 8, 2020 and that the accused and the victim knew each other before that.

The accused supposedly lured the victim with gifts that she had said to have brought for her third child that the victim was expecting. However, using the gifts only as a bait to get her to a secluded area and kill her, the accused then also ripped her child out of her. The accused and her accomplice, Luis Felipe Victoria Arenas, has said to have attacked the victim with sharp object and dismember her body to fit into plastic bags and dump it in a lake.

Reports share that the body wasn’t found until February of last year. The accused on the other hand, had stolen the victim’s child to pose as her own, for she was faking her own pregnancy at the time to receive financial support from her dead husband’s family. And the fact that she would go to such extremes to protect her lie and keep up with her fake pregnancy, that she brutally murdered a friend is as shocking as it gets.

The story unraveled after the accused was spotted at a hospital on 9 September with a baby she claimed was hers. Her claims ticked the doctors off because there seemed to have been no actual signs of her having given birth recently. Mosquera managed to evade arrest by constantly changing her location, but was finally caught hold by the police now.

Also Read : 75-Year-Old Woman In Madurai Killed By Her Sons Because She Gave Her Daughters A Share In Her Property.