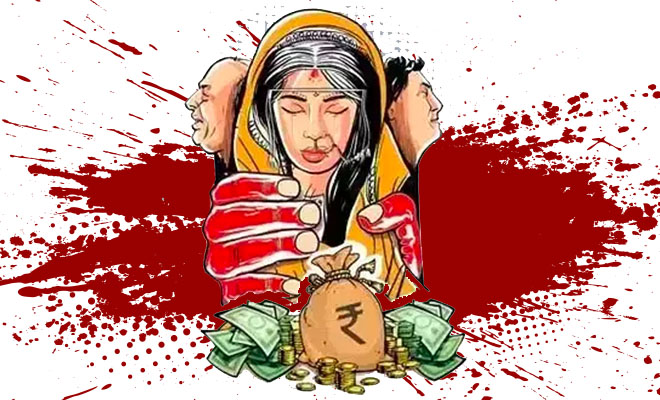 After centuries of subjecting women to torture and abuse over dowry, in 1961, India finally abolished the practice. The Dowry Prohibition Act was intended to protect women and their families from having to meet the neverending dowry demands. But clearly, this law has failed. Even though the practice of dowry sounds as archaic as Sati, women are still being brutally abused and tortured over it today. In fact, I have heard of more dowry deaths in the last year than ever. The most recent one came to the forefront from Ahemdabad. A woman committed suicide after being brutally harassed by her husband and in-laws for not being able to meet their ever-growing dowry demands.

29-year-old Puja Patel committed suicide on Saturday in her husband’s home in Gota, Ahmedabad. Reportedly, she was assaulted and tortured by her in laws for dowry. Puja’s sufferings came to light through a suicide note that she had left behind. She had gotten married to Kunal Vyas in 2015. The couple has a 4-year-old son together.

On Saturday evening, Puja’s body was found hanging on the third floor of their house. The suicide note was found near her body. Puja’s father, Kaushik Patel, was told that prior to taking this drastic step, she had locked herself in the room and wasn’t answering her phone.

A 29-year-old woman in Gota, #Ahmedabad allegedly ended her life after she was repeatedly harassed and tortured for #dowry. The woman narrated her ordeal in a suicide note.https://t.co/6yYojXbz7Z

Also Read: Parents Regret Not Bringing Daughter Home Earlier After She Dies Due To Dowry Harassment

Puja’s suicide note read, “My family and I have been tortured immensely by my in-laws and you can read text messages on my phone. For the safety of my son, he will stay at my father’s place and none of my in-laws, except my husband, will be allowed to visit him.”

When are women going to be safe from this torture? As a society, we need to take active measures to ensure that the women in our surrounding areas aren’t being abused for dowry. We have to speak up against this regressive practise that has caused hundreds of women to take the same extreme step that Puja did.

Study Finds Dowry Was Paid In 95% Of Marriages In India, Despite Being Illegal Since 1961. Angry, But Not Surprised.