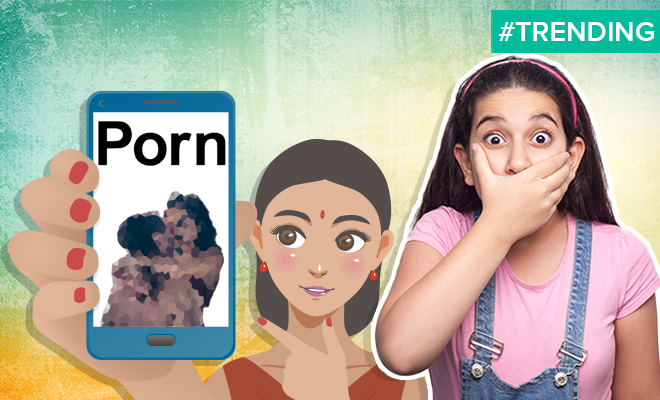 This Woman And Her Boyfriend Were Arrested For Showing Her Minor Niece Pornography. It’s Digusting.

This pandemic-induced quarantine proved to be a period where everyone was forced to introspect at one point or another. These are trying times that have taught us a lot about ourselves and what we are willing to do in order to survive. If I talk about myself, this past year has made me more guarded. That is a complete contrast to my old, reckless self. When you do what I do, your perception and world-view are bound to keep changing and evolving. I used to see everything in black and white. But nothing is that simple, is it? Especially when you are a woman and are forced to constantly look over your shoulder and sleep with one eye open.

Every second day incidents and cases cross my desk where a woman or a young girl has been exploited or misbehaved with. It gives rise to cautious scepticism and forces me to ask questions people never thought of asking before. Like for instance, why would a woman, along with a boyfriend, partake in molesting and misbehaving with her teenage niece? The case that I am going to share today is a very bizarre one.

You see, a 30-year-old woman filed a complaint against her sister and her sister’s boyfriend for molesting her 16-year-old daughter. This incident took place in Pune and the complaint has been filed with the Kondhwa police on Friday.

The police have arrested the aunt and her boyfriend under IPC 354 (assault or criminal force to woman with intent to outrage her modesty) and Section 8 and 12 of the Protection of Children from Sexual Offences Act (POCSO) 2012.

Also Read: #Trending : In Maharashtra, A Lab Technician Has Been Booked For Rape And Molestation After He Took Vaginal Swabs From A Woman For A Covid Test

Although, there is an unexpected twist to this case. According to the police, the aunt and her boyfriend, who were arrested on Friday, tested positive for the coronavirus. If I didn’t know any better, I would say that’s divine vengeance.

The police said, “The court issued a direct jail warrant as it is a serious crime, but jail authorities refused to take them. We are now in the process of admitting them to Sassoon hospital for medical treatment after which a final call will be taken. The duo confessed to their involvement in the crime.”

More than anything, this case is very shocking. Every time I read about a case like this, I always wonder how the accused thought it was acceptable to do this? It’s utterly ridiculous. I am so glad the police arrested them and they will be going to jail.

#Trending: A Madhya Pradesh Court’s Condition To Grant Bail To A Man Accused Of Molesting A Woman Is To Get The Woman To Tie Him A Rakhi. Is This Some Kind Of Joke?