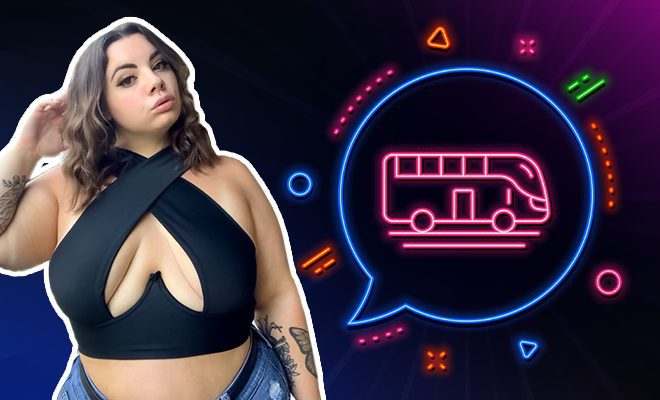 This Plus-Sized Woman From The USA Was Denied Entry Into A Party Bus Because Of Her Weight.

We live in an infuriating world. The kind of world that discriminates against those who don’t fit into the ridiculous beauty standards of society. Who decided that everyone needs to look like a Barbie doll? And if we miss the mark by even a little, we are shamed and humiliated. From our relatives (not so) subtly asking us why we’ve put on so much weight to complete strangers leaving comments on our Instagram posts about our voluptuous boobs, body shaming is everywhere. Most recently though, we came across the story of a girl from the USA who was denied entry onto a party bus because she was a “big girl” and didn’t look model-like. What does that even mean?

27-year-old body positivity advocate Fallon Melillo from San Antonio, TX, went on a trip to Miami Beach with a few of her close friends. One day, they all decided to go to a pool party at a club and to get there they hired a party bus. However, the organization that arranged for the party bus had a notice that stated that no big girls were allowed. How disgusting is this?

This came to light when Fallon made a TikTok video highlighting this ordeal. In it, she explained that on 31 July, she and her friends decided to go to a pool party at the Daer, a club hosted by the Hard Rock Hotel. They hired a party bus to get to the club and bought tickets through a company called Eventbrite. They wanted to board the Spring Break Miami Party Service Bus.

Also Read: I Was Told To Put On Weight By Industry Insiders: Zareen Khan On Body Shaming

After buying the tickets, Fallon noticed Eventbrit’s page read, “Sorry, no big girls for this party! The doorman is very strict on appearance. If you have had problems getting into exclusive clubs before, then this is not for you! Please don’t waste your time nor ours thinking that we can get you inside if you do not meet the qualifications.”

Fallon told BuzzFeed, “Being turned away in front of other people because of how I look and my size was absolutely humiliating,” Fallon told BuzzFeed. “I was embarrassed and shocked, to say the least. Even though I know I am beautiful on the inside and out, this moment made me feel helpless. This is what every plus-size person fears — being turned away from an event because of how we look.”

They were finally given a refund for the whole thing. But that’s not the point. It doesn’t make up for discriminating someone based on their weight. The video that Fallon made has now gone viral and it has caused the Eventbrite listing page to be taken down.

We love how Fallon handled the situation. More power to her!