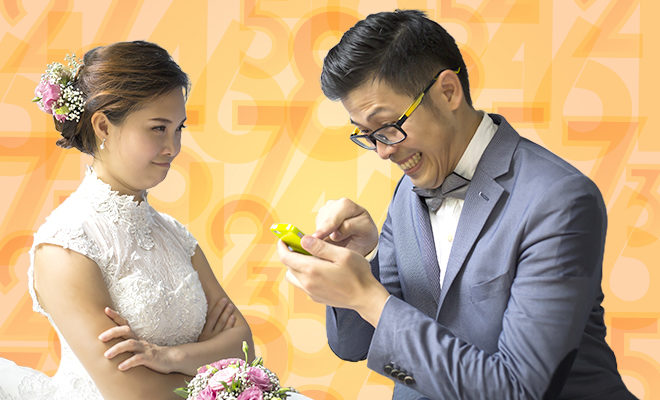 It’s no secret that people do crazy things to get paid leaves from work. In fact, I once called my best friend’s office claiming to be her aunt. I told them there was a family emergency and she had to come home right away. It worked and she got a paid leave for the three days we spent vacationing in Goa. I thought that was the extreme that people go to fool their employers into giving them more leaves. I was today years old when I realised just how naive was. You see, this man in Taiwan married the same woman four times in a span of 37 days to get an extended paid leave. This is absolutely bizarre.

This man in question works at a bank in Taipei, Taiwan. To get an extended paid leave, he married the same woman four times, after divorcing her three times, in a span of 37 days. His first wedding was on April 6 last year. He requested the bank for a paid leave and they approved one for 8 days. When his marriage leave was over, he divorced his wife only to marry her again. He then asked the bank for 8 more days. He did this not once but four times, racking up a total leave of 32 days. You have to admire his ingenuity!

Obviously, the bank caught onto this man’s antics and refused to grant him extra leaves. They only granted him leave for his first marriage. However, even though his leaves were rejected, he still went on with his plan of marrying and divorcing his wife four times. He then filed a complaint against his employer at the Taipei City Labour Bureau. He accused the bank of breaking the law by not obeying Article 2 of the Labour Leave Rules.

Also Read: This Italian Man Walked 450 Kms To Cool Off After A Massive Fight With His Wife. We Think It’s Funny

You see, according to the law, employees are entitled to eight days of paid leave when they get married. So since this man had gotten married four times, he was eligible for 32 days in total. The Taipei City Labour Bureau looked into the matter and found that the employer violated the Labour Law. In October 2020, the bank was fined NT$20,000 (Rs 52,800).

This utterly bizarre case has now gone viral on social media. I am just wondering, why did the woman go through with this? Getting through one wedding is exhausting. Doing it over and over again just so that your husband can get 8 more days of leave must be frustrating. I also can’t believe that he actually got away with it. But please don’t get any ideas from this incident. You will most likely be laid off before you can even say ‘vacation’.

This Woman’s Husband Has Been Dressing Up In Funny Costumes And Zoom Bombing Her Conference Calls. This Is Hilarious!