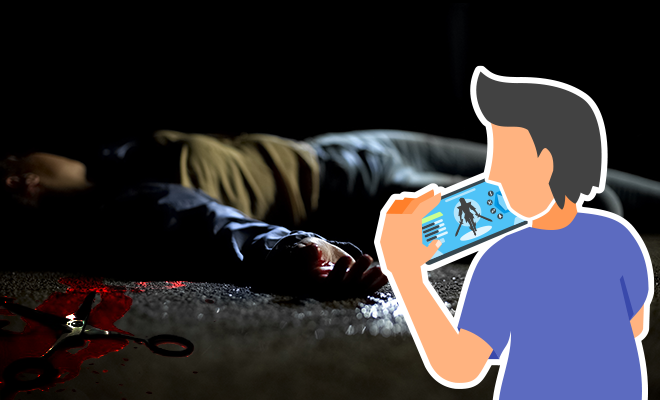 A lot of times I am genuinely baffled at how men come up with more and more ways to be hazardous to us. Ever since this lockdown has been imposed upon the world, domestic violence numbers have gone up. Rapes and murders have become as common as petty theft. This surge in cases of violence against women needs to be addressed, immediately and effectively. However, until then, we just have to keep the conversation going. Today, I came across an incident of domestic abuse that sent chills down my spine. A man in Rajasthan stabbed his wife in a fit of rage and then sat next to her lifeless body and played video games. Seriously, what is happening to the world? This is psychopathic behaviour.

This inhuman incident took place in Jodhpur on Monday. The accused, Vikram, stabbed his wife, Shiv Kanwar, with a pair of scissors. The couple had a heated argument on Sunday night which led to this gruesome murder. After murdering his wife though, Vikram informed the police and his in-laws.

Here comes the really twisted part of this entire brutal incident. When the police reached the crime scene, Vikram was found playing a video game on his phone while his wife’s body was found in a pool of blood in the next room. A police officer said, “When we rushed to the spot, we found the accused playing a video game on his mobile phone without any signs of regret on his face.”

Also Read: In An Act Of Cannibalism, Childless Couple Murders And Eats 6-Year-Old, Believing It Will Bless Them With A Child.

This is madness. Not only was he not guilty or remorseful, but he was playing a video game with his wife’s body in the next room. It’s sickening. The woman’s body was rushed to the hospital where she was declared dead.

According to various reports, the couple, who have two children, would often have intense arguments and fights primarily because Vikram, the accused, was unemployed. Why am I not surprised? He would sit around doing nothing all day while his wife did stitching work at home. On the day of this insidious incident, Vikram picked up a pair of scissors and repeatedly stabbed his wife to death. And then, as I said earlier, he sat and played a video game on his phone.

How is it that after so many similar incidents of murder and domestic violence, we are no closer to having women’s safety then we were five years ago? I am sick of watching women die at the hands of their deadbeat spouses. This is a rapidly increasing problem that needs to be curbed now.