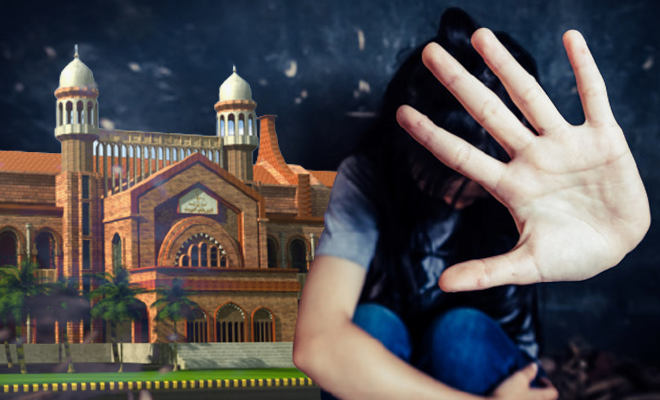 When you read about as many rapes and sexual assaults as we do, you begin to observe certain things. For instance, even today, in most rape cases it boils down to the word of the victim against the word of the man she is accusing. It turns into a classic game of he said-she said and the woman’s claims stand no chance. The police ask her invasive and insensitive questions and make her repeat every gory detail of the horror she just went through over and over again. It’s shameful and that’s not even the worst method they use to break the woman. In a lot of cases, the victim is put through invasive medical tests like two-finger and hymen test to determine whether she indeed was sexually assaulted or not. And this is the exact practice that, after all these years, the Lahore HC is deeming unconstitutional. I would say better late than never but even I can’t deny that this is truly a landmark ruling for Pakistan.

The Lahore HC has held that the two finger test and the hymen test performed on a woman, claiming to have been raped or sexually assaulted, to ascertain her virginity is unconstitutional. The HC said that these tests have no scientific basis and it’s highly derogatory for the victim. We completely agree with their stand.

Justice Ayesha A. Malik said that such tests are discriminatory and against the fundamental rights written in the constitution of Pakistan. The court also directed the Federation and Provincial Government to ensure that such invasive and insensitive virginity tests are not performed on victims of rape during their medical examinations.

Also Read: Delhi High Court Says Women Are Valuable Human Resource And There Will Be Zero Tolerance For Gender Insensitivity

This is why we need more women representation in law all around the globe. Only a woman can fathom the trauma a rape victim goes through and how virginity tests like these only add to that trauma.

While giving this judgement, the court referred to various researches that clearly state the fact that virginity tests, like the two-finger test or the hymen tests, do not definitively prove sexual violence. The Lahore HC declared this while disposing of writ petitions that challenge the use of invasive virginity tests in rape or sexual assault cases.

In India, the practice of performing the two finger test and the hymen examination was scrapped a few years ago after the Supreme Court held that it violated the victim’s right to privacy.

The Lahore HC, while giving this judgement referred to the judgements passed by the Allahabad HC and the Gujarat HC. The judge said, “These courts have all held that there is no scientific or medical basis to carry out virginity testing in the form of two finger test or to rely on the status of the hymen whether it is torn or intact as it has no relevance to the investigation into the incident of rape or sexual abuse.”

These virginity tests, by their very nature, are highly insensitive and derogatory. Not to mention incredibly sexist. I am so glad that India stopped this practice a while ago. And now the Lahore HC has come through for women as well. However, virginity tests for women are still a rampant practice in many parts of the world and that is terrifying.

‘An Adult Woman Can Reside Wherever She Wants And With Whoever She Chooses’ Says Delhi HC. We Need A Court To Remind Us That Women Are Adults