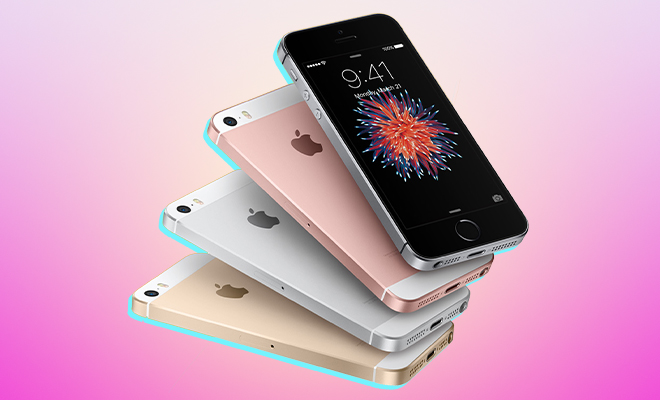 Here’s Everything You Need To Know About The New iPhone SE!

Apple revealed a bunch of things at its March 2016 Keynote event yesterday, and if you’re a fan of the brand this might just make your day. The company unveiled the brand new iPhone SE, a new iPad, a cheaper Apple watch and a couple of software updates. Here’s everything you need to know about them.

After the iPhone 5s, Apple has made larger phones which haven’t gone down well with a section of its audience looking for smaller phones with updated features. So Apple has announced the launch of the new iPhone SE, which is the same size as the iPhone 5 but with all the features of the 6 series.

This includes a 4-inch retina display and True Tone flash on the front (which lights up the screen to illuminate your face if you want to take selfies in the dark), a 12 megapixel camera on the back (which has Live Photos, up to 63 megapixel panorama images, and slo-mo video), an A9 processor (that makes it three times faster than the 5s), and four different colours to choose from, including silver, space grey, gold and rose gold. The phone will be sold for Rs 39,000 in India and will only be available in India sometime in April.

With the release of the SE, Apple is finally appeasing fans who didn’t quite like the larger 6 and 6s. Did I mention that you can also make mobile payments on the SE via Apple Pay?

However, what we’re really kicked about is the new iPad Pro. This 9.7-inch tablet has the same features of the 12.9 inch iPad packed into a smaller device. It comes with an A9X processor and starts at Rs 49,900 for 32GB in India. The iPad Pro also comes in four colours.

The brand is also releasing a cheaper Apple Watch that will now retail for $299 (or Rs 19,941 approx). Another addition is several new coloured bands in the Sport line as well as a new woven nylon band option.

Apple also announced a software update — iOS 9.3 — which boasts a Night Shift feature that changes the colour of your iPhone screen to a warmer hue late into the night. iOS 9.3 also has an additional security feature that allows you to password protect your notes with Touch ID.

And for all of you who own the Apple TV, you can now use Siri to its full capability. Search your App Store with Siri’s voice dictation ability and also dictate password and usernames to Siri for apps. Say goodbye to your Apple TV remote forever!