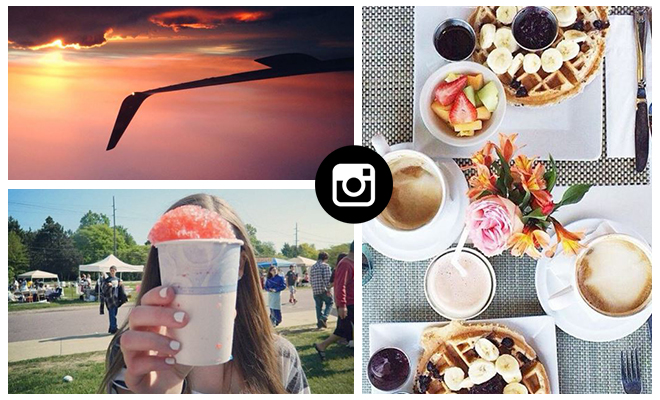 Instagram Trends We Need To Say Goodbye To In 2016

While 2015 was quite a fabulous year when it came to social media — and Instagram, in particular — there were trends like these which got a little too annoying once they caught on. After a point, it was all you could see on everyone’s Insta feed. From overhead food pictures to organised spaces, we’ll be a little too happy to bid adieu to these Instagram trends in the new year.

This is by far the most annoying trend we’ve seen in the history of Instagram. Why upload a picture if you don’t want to show your face? It’s so not cute anymore.

All coffees look pretty much the same. You’ve got the same colour, mug and the fancy design on top. It’s really not any different from the last latte we saw on your feed a year ago. So why?

We don’t know when messy beds became a thing. It was fine till this one was restricted to a picture here or there, we weren’t expecting it to become a trend for sure. While we love how cosy it looks, it feels so much like been there, done that.

We all like brunch just the same. We might just be in love with it too, but having overhead shots of brunch all over our Instagram feeds doesn’t excite us anymore.

5. The ‘From Where I Stand’ picture

Not to be rude, but let’s be real: nobody really cares where you’re standing and what the view is from there. Sure we’ve taken a fancy to kickass shoes over the years, but that’s the only reason we even scroll through these selfies.

Colourful and textured walls are in every second picture. Let’s keep it slightly real during this coming year, yeah? Whether the colour pops or not, you anyway take to saturation and warmth to make it look better. Just slip it in some pictures instead.

NOBODY lives such an organised life. While I don’t mean that most people live in a mess, having things this organised all the time is just unreal and too much to expect. Why not put pictures of how something actually looks for a change?

While these are gorgeous to look at, it’s time for it to fade out starting now. Airplane wings are just the same, its just that gorgeous sky looking as magnificent as ever in its entirety. Really!