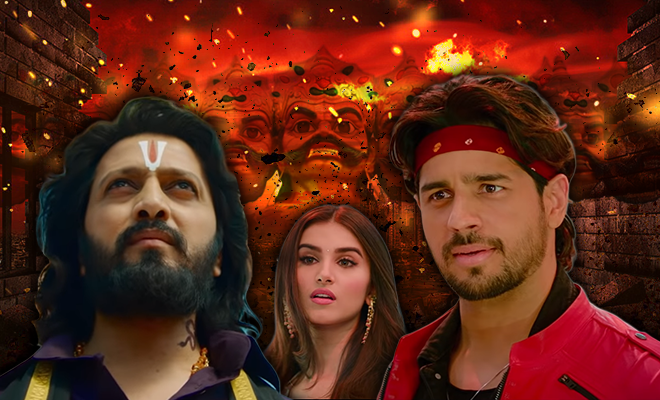 Tara Sutaria’s Entire Role In Marjaavaan’s Trailer Consists Of Her Standing Behind The Hero. That’s All Of It

One step forward and two steps backwards- nope, this isn’t a dance move. This seems to be the direction in which Bollywood is moving when it comes to the portrayal of women. For a long time in Bollywood, women were relegated to the roles of daughters who need to get married or she was the innocent girl who needed to be saved. Like Amisha Patel in Kaho Naa Pyaar Hai or Sonakshi Sinha in Dabangg. Then we thought, things are changing. We may have spoken too soon. That’s why when we saw Tara Sutaria in the trailer of Marjaavaan, we were a little confused. Because did we really see her?  It looks like we have gone back to the era where girls need to be saved by their bulky boyfriends. Why not just give her a role instead just making her stand behind the hero?

Sidharth Malhotra took to Twitter earlier today to announce the trailer of his new movie starring Tara Sutaria and Ritesh Deshmukh in the antagonist’s role. Milap Zaveri’s Marjaavaan which will release on 22nd November, seems like an action-packed movie with crazy dialogues. It seems like your very basic Bollywood movie – the hero is hits someone, someone goes flying, the villain thinks he is too powerful, and the heroine is smiling and standing around the hero.

Tara Sutaria rose to fame right after her debut movie, Student of the Year 2 with Ananya Panday and Tiger Shroff. In her second movie, she is playing Sidharth Malhotra’s love interest and from what we could tell from the trailer, that is all she is, his love interest. In the entire trailer, she has one dialogue. At this point, we’ve seen more of Sidharth Malhotra’s fist, more of his headband than Tara.

The end of the trailer is a good twist though, one we didn’t see coming. You want a spoiler? Fine, if you insist. We see Sidharth Malhotra hugging Tara and then shooting her in the stomach, Woaah. I’m just speculating here but, it probably would’ve been a much larger twist if Tara would shoot him, but then again, the Indian audiences can’t watch the hero die because who will save the heroine for the rest of her life? Also is the hero dies in the trailer,  movie kaun dekhega?

Zareen Khan Shut Body Shamers Down. The Comments Are Proof That People Are Repulsed By Real Bodies. The Tragedy!(Opens in a new browser tab)