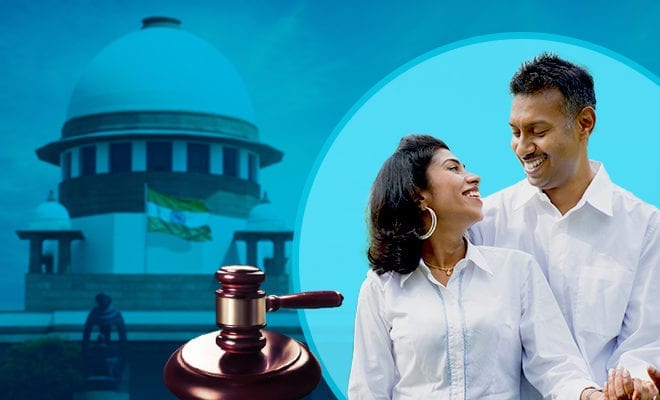 Less than a month ago,  a couple filed a petition with the Punjab and Haryana High Court seeking protection from their families after deciding to live together with the intention of getting married, the dismissal of their plea highlighted just how regressive our country can be. Looking down upon consensual live-in relationships of couples by calling them ‘morally and socially unacceptable’, the Punjab and Haryana High Court looked away from modern relationships and no one was impressed. However, almost 3 weeks later today, the tables seemed to be turning again..

In an order by the Supreme Court, the bench has asked the police to look into offering protection to two sets of couples who had reached out to the High Court to seek protection from the  law from families that were against their union, and that they were living together currently.

This overturn was made possible after advocate Abhimanyu Tewari who was appearing for the two set of petitioners, went ahead to present arguments that said how the couples were consenting adults intending of getting married. However, they were on the run as their families were opposed to their decision and even threatened to kill them.

The bench that consisted of Justices Navin Sinha and Ajay Rastogi did not just realise that the petition was more of a case of life and liberty but also challenged the High Court’s previous rulings. The bench observed, “Since it concerns life and liberty, the Superintendent of Police is required to act expeditiously in accordance with law, including the grant of any protection to the petitioners in view of the apprehensions/threats, uninfluenced by the observations of the High Court.”

Of the two cases, one was filed by a couple in Punjab in April of this year, while the other one was reported in Haryana around the same time. While on May 11, the bench had said, “The Petitioners in the garb of filing the present petition are seeking seal of approval on their live-in relationship, which is morally and socially not acceptable and no protection order in the Petition can be passed,” it is a defining moment to see the overturn of the ruling by SC as it does not conform to the age old patriarchy and stereotypes.

After all, consenting adults and couples must be allowed to live their life the way they want, without society or the law looking down upon them.

Also Read : Couples In Live-In Relationships Must Not Be Harassed, Rules Allahabad HC. Some Relief Finally