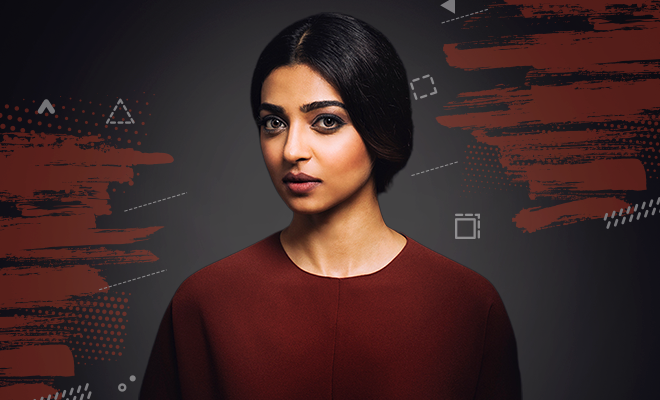 Radhika Apte Spoke About Being Stereotyped As A Seductress After Badlapur. Bollywood, When Will You Stop Reducing Women To Just Their Bodies?

I have realised that ever since I’ve become a writer, I have offended more people than I have ever pleased. And don’t get me wrong, it doesn’t really bother me. In fact, it is what keeps me going most days, just the feeling of knowing that speaking up about something or opening an important dialogue is getting through to the right people. And perhaps that is why, I never shy away from wielding my words and calling a spade, a spade. A choice that I have seen so many women around me making. Even new age actresses have been doing their bit in breaking stereotypes and standing up for themselves with their career moves. We know the Andhadhun actress, Radhika Apte to be one such fearless lady and it further makes us proud as recently, she unabashedly spoke about her struggles in the industry.

In a powerful conversation, Radhika Apte revealed some bitter truths about casting in Bollywood. She shared that after her movie Badlapur in which she strips down to save her husband, she was offered a bunch of roles in the sex comedy genre. She said, “Comedy franchise films and sex comedies. I was offered a sex comedy after I did Badlapur. Because I stripped and I had done a short film, Ahalya, they said ‘you are constantly playing the role of a seductress.’ I said, ‘can you tell me where’? They said Ahalya and Badlapur. I have been rejecting so much work. I don’t know if it is good for me or not.” And this is exactly where the stereotyping begins and worsens.

Also Read : Radhika Apte Took MANY Fashion Risks At the International Emmy Awards And It All Worked So Well

Why is it that if there is anything even remotely sexual about an actress’s role, everything gets ignored? Radhika Apte’s role in Badlapur was not all about stripping; it was a small part, that was in fact, important to the storyline.  Yet her performance seemed to have subdued in comparison with the exhibition of her body. While I feel Emraan Hashmi is one actor who similarly got stuck with a tag (serial kisser) that reduced his acting skills to negative, it’s still rare to happen to male actors. Somehow, it’s always the actresses who have to bear the brunt of being put in boxes and limited to be seen as a seductress. Bollywood has a very low threshold to cast type women and that needs to change now.

Radhika further talked about the choice of her films and said, “I feel people, in the name of ‘progressive’, write anything. Hating men is not being progressive, for example. It’s a storytelling medium, but as a director, writer, you are interpreting something. Your interpretation, perspective is the most important thing for me. I can play a male chauvinist, but as a perspective, what do you show is most important. If I disagree with the perspective and interpretation of the maker, then I don’t do the film.”

When probed about the kind of lessons she has learnt while being in an industry that is still running on misogynitic and stereotyping ideals she said, “I have learnt in my life that saying no and standing up for myself constantly has gotten me nowhere. I have learnt to have different rules – say no to certain things, suck it up a little bit and then reach a place and say no and make a bigger impact. I am trying to do that. When I was a nobody and I came here, I couldn’t do anything. Today, I am working for a very big production company, and I put my foot down, saying till you pay me as much as the (other) actors are getting paid I am not doing it. And I got that money.”  And that is exactly the kind of fervor and approach we need the actresses to exhibit. We need Bollywood to up their equality game because it has a huge influence on the masses and is a representation of our society.

Radhika Apte has carved a niche for herself in the industry. Being nominated for Emmy’s for her role in Lust Stories is another gem in her crown and we are glad she is wearing it oh-so-proudly. When it comes to standing up for herself and claiming what is hers, Radhika is on point!