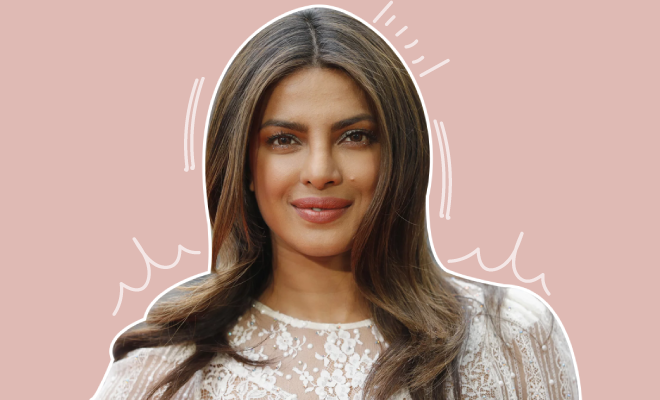 The Internet is a cruel, cruel place. It doesn’t matter if you try really hard, or if your heart is in the right place, you will get trolled, judged and have a torrent of abuses thrown your way for posting about anything. Recently, Priyanka Chopra, who is definitely not new to this, was in Bangladesh, visiting children in refugee camps. Guess what; that made her the subject of the trolls.

Priyanka is the UNICEF’s Goodwill Ambassador for child rights. You’d think that people would be appreciative and if not that, atleast okay with someone dedicating time to children, anywhere. Turns out, not. When Priyanka posted pictures on her Instagram account, the Internet came down heavily on her for not doing enough for children in India, for being self-indulgent for posting pictures of her philanthropic work, and even for turning a blind eye to other issues plaguing the country.

Priyanka visited Kutupalong and Balukhali refugee camps in Cox’s Bazaar, and she can be seen sipping on an imaginary beverage being offered to her by a beaming girl.

Why do you never visit Hindu refugee camps? You are Hindu yourself, but you never say anything for Hindu victims. 4 Indians were just killed at border today only by Pakistan. Will you visit them please?

Don't be selective in ur nobel work . Make sure u visit slums of mumbai and also kashmiri pandits in their camps

We imagine it would be rather painful to read comments disregarding the good work you are doing to point out other things you ‘ought’ to be doing, according to their belief. Maybe we should back off and let celebrities do their thing. You know, give them breathing space.

As she says in post here, “It doesn’t matter where a child is from or what his or her circumstances are. No child deserves a life without hope for the future. The world needs to care. We need to care. Please lend your support.”