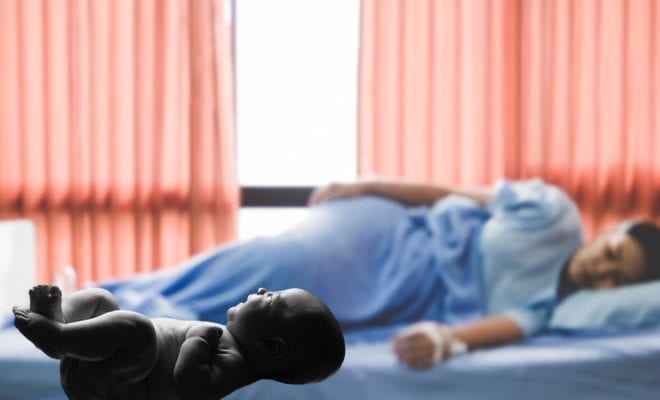 Whenever I open a new tab, hoping to read an update about something I have been following passionately, there is some or the other news that makes me believe that humanity is dead. With the Taliban trying to forcefully get girls married off to their fighters, dowry deaths becoming regular etc. – there is terror everywhere. Humans are hurting other humans. But then I come across certain news pieces that make me think. Some news makes me hopeful that maybe the world is not that bad of a place, yet. That there is some hope for the future. One such piece of news was when I heard a pregnant woman was carried for 7kms to a hospital in Andhra Pradesh.

Recently in Vizianagaram, a pregnant woman was carried to the nearest hospital which was almost 7kms away in a makeshift stretcher. The pregnant woman, Janni Atchiyyamma, who is from the Chittampadu Village of Mulaboddavara GP in Shrungavarapukota Mandal of Vizianagaram district, started getting labor pains in the early hours of Sunday – after which she was carried to the hospital.

Since there is no road connectivity to Chittampadu Village, a village volunteer and Janni Atchiyyamma’s close relative – J Ramesh – came forward to help her. They along with other family members came up with an idea of making a doli (makeshift stretcher) to carry the 25-year-old pregnant woman.

After sitting the pregnant woman in the doli, they then started their walk at 6 am on Sunday. Passing through thick woods and bushes, they finally reached the Mettapalem Junction at 9 am after which a 108 ambulance took them to Shrungavarapukota government hospital.

Janni Atchiyyamma is currently under observation. When speaking to J Ramesh, the pregnant woman’s relative, he revealed that “My sister-in-law has received labor pains in the early hours of Sunday. Due to lack of road facility, we carried her in a doli to Mettapalem Junction with the help of family members. He also added, “There are no medical and educational facilities in and around our village. We have to walk at least 7 km through the bushes and thick woods to reach the plain area. We have made several representations to the officials and political leaders for road connectivity, but in vain.”

The fact that all the villagers and relatives came together to help a pregnant woman during the pandemic is commendable. When the going gets tough, all of us need help to get through it. And these people did just that. To me, it shows that humanity is not completely dead. It shows that there is still scope for change and it is never too late to change. As a society, if we come together to help others, then peacekeeping won’t be too much of a problem.