Pooja Bhatt Spoke About How She Let Go Of Her Hatred For Soni Razdan For ‘Snatching Away’ Her Dad, Mahesh Bhatt 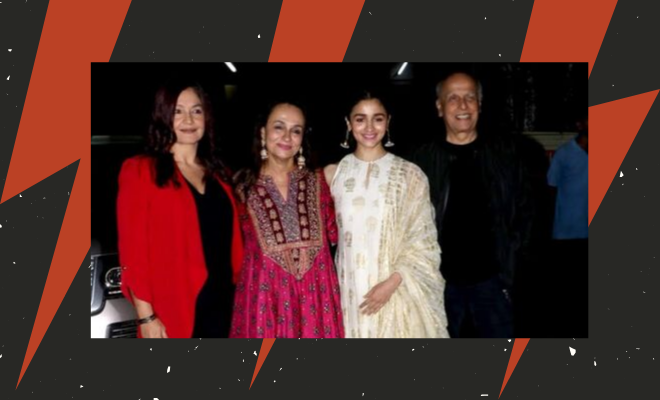 In India, for whatever reasons, the divorce rate is quite low. So we don’t have a lot of friends whose parents are separated. Do you agree that when we get extra cautious with friends who lives with a single parent? Sometimes, we don’t know how to react, it’s almost like it’s a natural calamity. But you’ve to admit, we are hesitant and awkward. But the hesitation we feel is uncalled for. Our society looks at divorcees a certain way – some with pity, some with judgement. Which is probably one of the reasons people stay in bad marriages. In an old interview with Stardust, Pooja Bhatt poured her heart out about her parents’ divorce.

She revealed how she absolutely despised Soni Razdan, Mahesh Bhatt’s second wife. “Initially, I did resent my dad for leaving my mother for another woman. I also used to hate Soni for snatching away dad from us. In fact, there used to be times when I used to flare up at the very mention of her name,” said Pooja Bhatt. She also said that her parents’ separation didn’t mean that Mahesh Bhatt abandoned them. “My father didn’t desert us. It’s just that my parents parted ways because they thought they couldn’t live together. They are still the best of friends. My father still comes over to our house and supports us financially too,” revealed Pooja.

While most of us handle our breakups with much angst and immaturity, Pooja Bhatt’s mother used to tell her to not have negative feelings for her dad. She said, “She would tell me not to resent or hate my father for anything for basically he is a good man at heart. And who should know this better than her who has spent the best years of her life with him? She would say, ‘Just because things didn’t work out between us doesn’t mean he is a bad man. He’s a terrific person and an intelligent, wonderful being’.”

In fact, Pooja Bhatt was the first person Mahesh Bhatt told about his affair with Razdan. Appreciating his honesty, she said, “He (Mahesh Bhatt) never hid anything from me. Once I was fast asleep and at around one-thirty in the morning, he woke me up from my deep slumber and told me, ‘Pooja I’m seeing another woman. I’m having an affair with her and I want you to know first’. This was even before my mom knew of it. So that shows how open and honest he is with me.”

ALSO READ: Soni Razdan Smoked Cigarettes While Pregnant But In Her Defense, She Didn’t Know

Pooja Bhatt says time has healed her wounds and they are in a much better spot now. “We began by saying hi, hello and then onto making small talk. It took off from there and now we are good friends. It’s just of late but mom too has started speaking to Soni. Dad and I didn’t try to make them friends. It was on their own that they did so. Done mutually on their own. Now they get along fine,” said Bhatt. Sometimes, it just better to let people be!