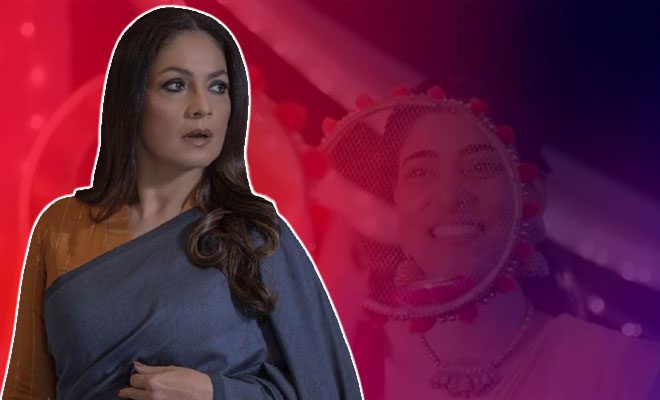 India is not the most popular for being accepting and open-minded. Ironically, for a country that is as diverse as it is, we still fail to look at things from a broader perspective. Because of this, the intolerance is palpable every time a company tries to think out of the box in terms of advertising and campaigning. Especially now, when the festive season is in the air and every brand is trying to make an impression in the sea of campaigns. However, this creativity tends to backfire in a country like ours when there is intolerance and backlash for every and anything that does not align with the societal norm. Luckily, Pooja Bhatt seems to disagree with the narrow-mindedness our countrymen hold and openly criticises the same, this time around the Dabur Fem Karva Chauth ad.

Bollywood director Pooja Bhatt took to Twitter to comment upon the backlash revolving around Dabur’s lesbian couple Karwa Chauth ad. She expressed her disappointment in the brand for not taking a stand for their cause and belief.

She tweeted saying, “बस यही करते रहो.. slam,bam,ban! So much for being the ‘Mother’ of democracy! Pity a giant like #Dabur refused to stand behind their AD. While I don’t endorse a fairness cream in principal I reserved my comment as they attempted to celebrate Inclusivity & #PRIDE So why hide now?”

बस यही करते रहो.. slam,bam,ban! So much for being the ‘Mother’ of democracy! Pity a giant like #Dabur refused to stand behind their AD. While I don’t endorse a fairness cream in principal I reserved my comment as they attempted to celebrate Inclusivity & #PRIDE So why hide now? https://t.co/avzq1XafgW

Also Read: Pooja Bhatt Says It’s Important For Women Battling Alcoholism To Be Open About It. It Could Happen To Anyone

The advertisement is about a cream bleach (skin lightening) product featured a lesbian couple celebrating their love by doing Karva Chauth rituals together. This commercial was shared by Dabur on Saturday, a day before Karva Chauth. After the massive backlash and criticism faced by MP Home Minister Narottam Mishra, Dabur took the ad down and additionally apologised. They released a statement saying, “Fem’s Karwachauth campaign has been withdrawn from all social media handles and we unconditionally apologise for unintentionally hurting people’s sentiments.” What a shame!

According to Hindustan Times, Narottam Mishra said, “I had asked to send a warning to withdraw the advertisement before registering an FIR for hurting religious sentiments. It’s good that they withdrew the advertisement and also tender apology for that.” he continued, “I consider this a serious matter. More so because such advertisements and clippings are made on the rituals of Hindu festivals only. They (the advertisement) showed lesbians celebrating Karva Chauth and seeing each other through a sieve. In future, they will show two men taking ‘feras’ (marrying each other according to Hindu rituals). This is objectionable.”

The pointlessness of being offended over a brand trying to promote a more progressive perspective is not lost on most of us. With people with regressive mentalities in power and the majority, this is a vicious cycle that we are unable to get out of. The irony in the fact that queer representation is criticised for being “too pushy” whereas heterosexual narratives have been continually pushed on to us for years is simply priceless to me!

Move Over Laal Jodas, These Are The 7 Colours We Will Be Wearing For Karwa Chauth Instead