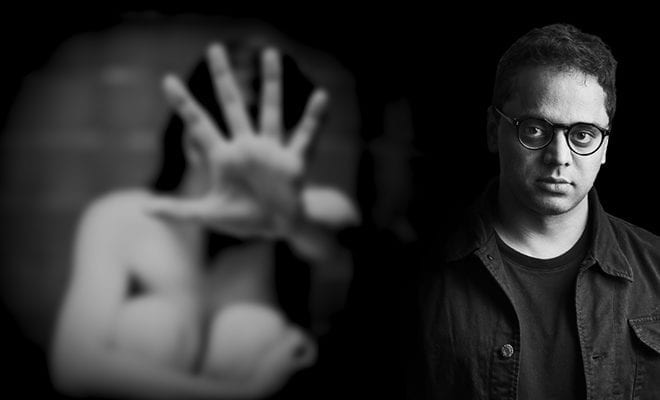 Photographer Julian Colston Accused Him Of Sexual Assault By Model. Here’s A Timeline Of Events

As a child, I was extremely fond of magazines. Being a designer herself, my mother would subscribe to a bunch of fashion magazines. I vividly remember flipping through them all and getting fascinated by the pictures of gorgeous women featured in them. They all looked so perfect. But as they say, appearances can be deceiving. You see, the devastating plight of models in our industry is not a well kept secret. We’ve all watched Priyanka Chopra’s Fashion over and over again. But the movie doesn’t even begin to cover the nightmarish ordeals models are subjected to. Recently, a model accused photographer Julian Colston and 8 others from the Bollywood industry of molestation, rape and abuse. The details are horrifying. But as news comes up, here’s a quick timeline of the events till now.

26th May: The Accusation

Julian Colston, a famous fashion photographer, has come under the scanner after he was accused of rape, molestation, harassment and physical assault by a 28-year-old model, Apernah Dubey. She has also filed a complaint against eight other men from the Bollywood industry on 26 May. For now, let’s focus on how Colston mistreated and abused her on the pretext of making her big in the modelling world. He’s just another man taking advantage of his power and position to lure a woman into his disgusting trap.

In an interview with MidDay, Apernah said that she and Colston first interacted in 2015. They were Facebook friends. She said, “After checking out my portfolio, he volunteered to shoot me. At 19, I was excited that he saw promise in me. But the story changed soon after. We met [in Mumbai] in February 2015, and by April, he had started forcing himself upon me. He would constantly try and get physical. I was with Inega [Model Management] then and wasn’t getting much work. He would slap me around, demoralise me by saying, ‘Get rid of your mole, your features are not looking good’. He was emotionally and physically abusive, and would try to crush my confidence.”

Also Read: Bill Gates, Melinda French And Ann Winbald, A Woman He Took Annual Vacations Even After Marriage. Here’s A Look At This Relationship

Then, in 2017, things took an uglier turn. Colston promised to shoot Apernah and feature her in magazines. She went to his house for the photoshoot but he kept chit-chatting and avoiding work. After a few hours, when the shoot actually started, Colston tried to forcefully kiss Apernah and when she resisted his advances, he slapped her. Apernah’s head hit the wall and she fell. After this, she tried to escape his house but his door had seven locks making it nearly impossible for her to leave.

Apernah took to Instagram to publicly call out Colston for all his despicable actions. She narrated the entire incident and how she was gaslighted and abused by the photographer. She wrote, “(Colston said) You have a lot of potential! You’d do great in the Indian market and even better internationally like New York and Miami .. because you have boobs .. not London they prefer stick figures. I prefer your body type and you have the face as well and a charming personality, most models I meet are like dead .. let me shoot some pictures of you and put them in some magazines .. and I can even see you doing the kind of commercial work I do. But you’re too nice models are supposed to be fake and pushy (LIKE I AM ) and you live too far away .. let me work on you! I’m sure you’ll be a big hit here! ..fuck your agency I can make you a model .. come over let’s watch a movie and talk about this, don’t worry I see enough naked women around I won’t touch you, be comfortable.”

In the same post, Apernah also alleged that Colston had misbehaved with numerous models before her but no one dares to speak up against him. She had completely stopped attending fashion events because he would harass her wherever she went. Apernah claims that she has all the proof to back up her allegations. On 10 May, she wrote to the DCP seeking registration of FIR against Colston.

After this post of Apernah’s went viral, Colston jumped to defend himself. On 11 May, he took to Instagram to refute the allegations by calling them “false” and “spiteful”. In his post, he wrote, “Dear all, it has come to my notice that a social media post and news article with entirely false and spiteful accusations are making certain claims against me. My lawyers are following the official process and are responding to the situation legally.”

These ugly circumstances have turned into a classic ‘he said she said’ situation. Unfortunate, we all know too well how those go. Hopefully, this time will be different. Apernah’s claims should be taken seriously unlike all the other claims of the MeToo movement.

Julian Colston isn’t the only man Apernah has filed a complaint against. Apart from stating that Colston raped her between 2014 and 2018 on the pretext of giving her work, the model has also alleged that actor Jackky Bhagnani molested her in Bandra. Some of the other names mentioned in the FIR are Vashu Bhagnani, Anirban Das Blah (founder of talent management company Kwan Entertainment), Krishan Kumar (from T-series), Nikhil Kamat, Sheel Gupta, Ajit Thakur, Gurujyot Singh and Vishnu Wardhan Induri.

It’s appalling how horribly women are treated within the industry. With any luck, Apernah’s allegations and claims will inspire all the other women, who have been subjected to similar torture at the hands of Colston or any of the others, to speak up.

Priya Ramani Says Her Victory Will Encourage More Women To Speak Up. We Hope So Too!