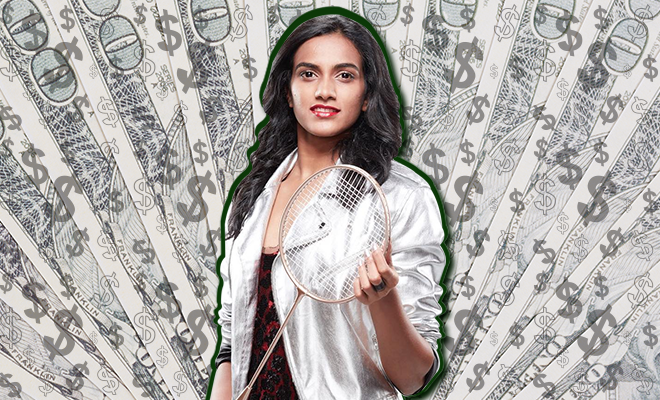 It’s a rare moment when history repeats itself and we are actually happy about it. Maybe because the history we’re talking about isn’t about here doesn’t involve the death of millions or any such bad news, but of P V Sindhu, making it to the Forbes list of the highest paid female athletes, yet again and she’s the only Indian there. The famous badminton player and nation’s pride, P V Sindhu had also made it to the list last year and continues to further her legacy.

PV Sindhu is only Indian to feature on Forbes “15 Highest-Paid Female Athletes in the World”. With total earnings of $ 5.5 million, Sindhu settled for 13th position on the list, along with Thai golfer Ariya Jutanugarn.#PVSindhu #HighestPaidSportswomen #SportsNews #IndiaNews pic.twitter.com/wlXNuvAQqw

The list has been topped by the legendary tennis player Serena Williams with a total earnings of 29.2 million USD. Followed closely by Naomi Osaka, another ace tennis player from Japan, with earnings of 24.3 million USD. The list, as Forbes says, accounts for the cumulative earnings of the players over the year, including prize money, endorsements, salaries, bonuses and other appearance money that they might add to their heaving kitty.

P V Sindhu, stands at a tie for the 13th position with a Thai Golfer Ariya Jutanugarn with total earnings of 5.5 million USD that amount to almost 39 crores in Indian rupees. With her shining track record in the sport and some huge and hefty endorsements in her bag, especially the very recent collaboration with the Chinese brand Li Yung for 50 crores for a four-year period, the badminton player has come close to the 100 crore endorsement deal Virat Kohli had with Puma in 2017 for 8 years.

Also Read : Women’s IPL Tickets Are Free. Do We Really Hate Our Women Athletes That Much?

About her, Forbes said, “Sindhu remains India’s most marketable female athlete. She became the first Indian to win the season-ending BWF World Tour finals in 2018.” And we quite agree with them. P V Sindhu has always outdone herself in the sport and in general, to make all of us proud. She has inspired us by becoming a beacon of hope for all the women in the country to reach  for the stars as she did and so beautifully succeeded.

This Bar Is Serving ‘Female’ Beer And We Have Wet Ourselves With Excitement. We Can’t Thank Them Enough