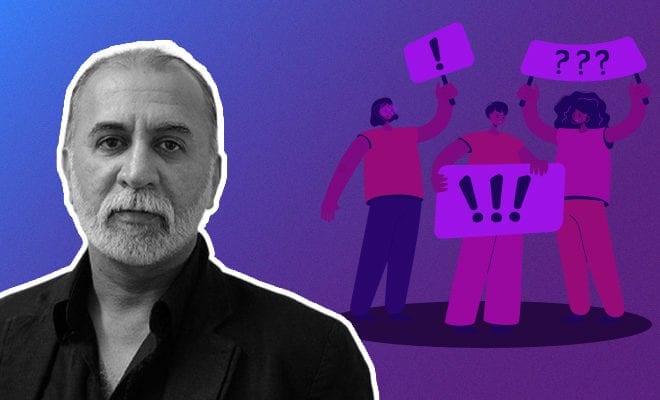 As a journalist, it’s my job to stay impartial and report the facts as is. But as a woman, I find that in a few cases that is impossible to do. One such case is the acquittal of Tarun Tejpal by a Goa court. A lot of you may know him as the former editor-in-chief of Tehelka magazine. But those of you who have been paying attention know him as the man who has been accused of sexually assaulting a woman colleague in 2013. After tremendous twists and sharp turns, Tarun Tejpal was acquitted of these heinous charges in May 2021. And that is extremely problematic because this controversial judgement passed by the Goa court will discourage women from fighting rape cases. This is what over 300 women’s groups, activists and academicians said in a joint statement and we completely agree.

In any case, general statistics show that more than half the rape incidents in India go unreported. This is because women are terrified to have their name dragged to the mud and their dirty laundry hung out to dry in public. This is precisely what happens when a woman decides to take her rapist to court. She is asked invasive questions and made to relive the trauma over and over again just so the prosecution can catch the smallest discrepancies and prove that her claim has no credibility. Bearing the already dire circumstances in mind tell me, don’t you think that the acquittal of Tarun Tejpal from such a high profile sexual assault case is seriously going to deter women from even attempting to get justice?

Over 300 women’s groups, academics and activists came together to put forth exactly this pressing point. They released a joint statement that read, “The judgment showcases the kind of gruelling trial that a survivor of sexual assault has to face in an insensitive court atmosphere and the relentless, cruel and often scandalous, illegal and irrelevant cross examination that a prosecutrix also faces.”

The judgement acquitting #TarunTejpal by a Goa court will deter women from fighting rape cases as it puts the survivor, and not the accused, in the dock, say over 300 women's groups, activists and academicians in a joint statement.https://t.co/ZaFXg61GIc

The thing is, the Goa court’s judgement, in this case, has been widely criticized for belittling the victim. Details of her Whats App chats, emails and even her past relationships were brought up to discredit her. This harsh and unfair judgement put us back at least 10 years. Recently, according to reports, the Goa court said that one of the reasons Tarun Tejpal was acquitted was that the victim did not “behave like a sexual assault victim”. Whatever the fuck that means.

Organization’s like the All India Democratic Women’s Association, All India Progressive Women’s Association, Forum Against Oppression of Women as well as ex-MP Subhasini Ali, JNU’s Prabhat Patnaik and Arundhati Dhuru of National Alliance of People’s Movement have signed this joint statement that outlines the damage that this judgement has done.

They said that this judgement is a “failure to follow precedent and prevailing law in letter and spirit” as it completely disregards the earlier Supreme Court judgements that don’t allow invasive and humiliating questions to be asked to the sexual assault victim. It questions why an inquiry was made into every aspect of the victim’s life while “no such wide evidence of the accused and his interactions were placed on record at all.”

This joint statement has raised some extremely valid and strong points. And we are glad there are people who continue to fight judgements that are blatantly wrong and problematic. Hopefully, this case will not deter women from taking their assailants to court. Because that would be a real shame.

Tarun Tejpal Has Been Acquitted In The Sexual Assault Case Against Him. Here’s Why It’s Worrying