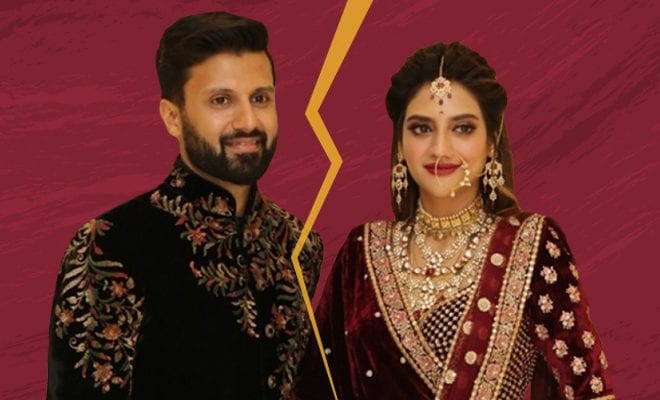 When it comes to marriage, we talk about becoming one as a couple, and even trust our partner with our finances. Many married couples have joint finances or at least have access to each other’s banks. That’s the kind of trust many couple have in their relationship. They work together and promise to never misuse the access they have. However, Bengali actress and political personality, Nusrat Jahan has alleged that her ex-husband Nikhil Jain financially abused her. In fact, she pointed out that since they married in Turkey, according to Indian laws, their marriage is not even recognised. Hence, there isn’t any requirement to get divorced in India, because their marriage was never registered in India.

While she has been silent about her separation from Nikhil Jain, Nusrat Jahan finally released a statement to clarify things once and for all. In her statement, she alleged that Nikhil Jain mishandled her funds without her knowledge, and even kept her belongings including family jewellery in his illegal possession.

“The one who claims to be “rich” and “been used by me” has been taking money from my Account by accessing my Bank Accounts illegally and by illegitimate means at odd-hours of the night, even post-separation. I have already taken this up with the concerned Banking Authority and a Police Complaint shall be filed shortly,” she mentioned in her statement.

In fact, she revealed he has details of her family’s accounts too. “In the past, details of all family Accounts were handed over to him, upon his requests and none of me or my family members was aware of any Instructions given to the Bank via. Our Accounts. He has also been mishandling my funds from various accounts without my knowledge and consent. I am still battling it out with the Bank & if need be, would release proof of the same,” she explained.

Nusrat Jahan negated all claims that she has been using his money. “I have solely borne the expenses for my sister’s education and my family’s well-being, from day one, as they have been my responsibility. I need not use or keep anyone’s Credit Card, which I am not related to anymore. This too can be backed up by evidence,” Jahan revealed.

She added that her family jewellery, including those given to her by her parents, friends and relatives as well as those she bought herself has been illegally “held back by them.” Nusrat Jahan expressed that just because a man is rich it doesn’t mean he can act like the woman used him for money and “belittle” her.

Nikhil Jain refused to comment on it since it’s a legal matter. We are not here to judge what the truth is but it is not uncommon for women being financially abused by her partner. Just recently, we heard of a young girl being raped and tortured for 22 days, after her relationship with her live-in boyfriend went downhill. Why? Because he invested lakhs of her hard earned money in share market without her consent.

No matter what, ladies, don’t lose your financial independence to anyone.

ALSO READ: In Kerala, Woman Sexually Assaulted, Force Fed Urine By Live-In Boyfriend For 22 Days. Who Can We Trust?