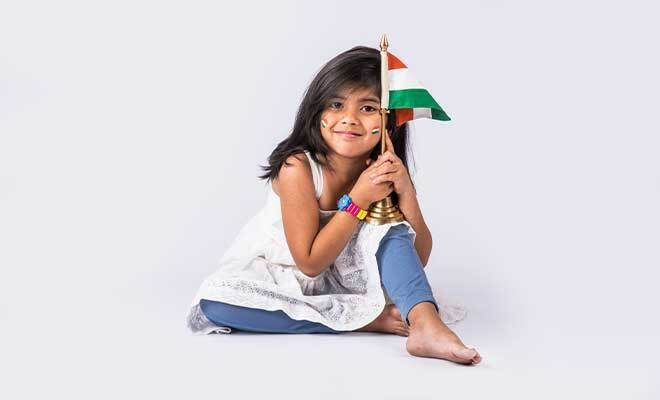 National Girl Child Day 2022: Learn About The History, Importance And Ways To Celebrate This Day

Let’s be fair, our country and culture are very patriarchal in nature. And while small steps are being taken to eradicate major inequalities within society, we still have a long way to go. In a country where a majority of the population gives precedence to a male child over a female one, we need to reinforce and remind people as to why and how important it is to protect women. The need for equity amongst genders has been a major topic of discussion for decades and with the internet around, there is no room for the amount of misogynistic ignorance we have in our culture. Hence, today being National Girl Child Day 2022, let’s talk about what this day means and it’s importance.

National Girl Child Day was first initiated by the Ministry of Women and Child Development in 2008. The objective of this day was to create awareness about the importance of the girl child, the atrocities women face and more importantly, enlighten people about the rights of a girl child.

Multiple cultural programmes and competitions are organised by the government every year. Many states dedicate a month or week to celebrating this amazing government initiative. Madhya Pradesh in 2021 celebrated a ‘Girl Child Week.’ Punjab had also announced January 2021 as the ‘Girl Child Month.’ The day also comes near the Beti Bachao Beti Padhao (BBBP) scheme which was initiated on January 22, 2015, by PM Narendra Modi, according to sources.

In celebration of Azadi Ka Amrit Mahotsav, the ministry of culture has organized a Umang Rangoli Utsav this year, according to reports. The teams that participate in the same will have to make rangolis in 50 locations across the country. 75 young female achievers (under 20) will also be felicitated to thank them for their contribution to the development of 75-year-old independent India.

What Can We Do To Honour This Day?

Firstly, let’s start with eradicating the patriarchy in our own families. Let’s not treat the men and women, son and daughter, husbands and wives differently. whether we like it or not, internalised misogyny is a thing and a serious problem. I believe that unless we women don’t support each other, it will be harder to get others to, no matter how bitter that seems. Moreover, call out sexism when you see it. especially the men. Don’t let your parents treat your sisters differently. Don’t allow your wife to take up all the workload of the house.

Many have come advocate for the noble cause of this special day and tweeted about it,

Today is the day to renew our commitment twd providing equal opportunities to our girls. On National Girl Child Day, as we celebrate accomplishments of our daughters, we pledge to bridge the gender divide to build an inclusive & equal society. pic.twitter.com/qpglx0fS9y

A progressive and developed society is one in which women enjoy equal rights and freedom. On this #NationalGirlChildDay, let's pledge to advocate gender equality, stand for women's rights and end all exploitation based on gender. pic.twitter.com/prcxyAAkCQ

On #NationalGirlChildDay, let's empower our girls & give them the wings to dream and the freedom to achieve their goals. pic.twitter.com/HK4Ulik5qP