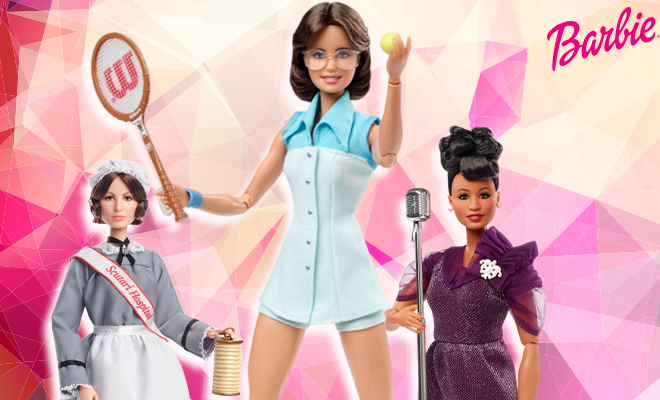 What is the one song that always takes you back to your childhood? For me, that song is Barbie Girl by Aqua that would have me singing ‘I am a Barbie girl, in a Barbie world’ on a loop. It would play at every birthday party right after the cake cutting and believe it or not, I still know the lyrics to the song. There is no way you can be a 90’s kid and not sing along to this tune, it oozes with nostalgia.

Okay, I am not taking a walk down memory lane for no rhyme (get it?) or reason. The thing is, Barbie was, and no guesses there, my absolute favourite toy and believe it or not I had 15 of them. They are probably still impeccably dressed lying somewhere in my attic since I well outgrew them (never thought I would, TBH).

As I grew older though, I observed a few things that I don’t fully understand. Like the way, my cousin was told to play with hot wheels and GI Joe’s instead of me and my entourage of dolls. It felt a little odd to me even at the time. But it wasn’t until I grew up, I realized what a typical stereotype this was. Boys are supposed to pretend to have races with their Formula 1 car mini models and girls were supposed to be all pretty in pink playing tea party with their Barbies’? Now, it even sounds ridiculous to me, why can’t kids just play with the toys they like? What kind of crap was this segregation?

Also Read: Mattel Has Come Up With An Astronaut Barbie To Inspire Young Girls. We Are Loving This!

I think that is when Barbie became a global symbol for perpetuating stereotypes. Another thing about Barbie dolls that I despise is its outlandish body proportions. Seriously what human girl or woman has a figure like that anyway? (except the human Barbie, but she’s been under the knife like a hundred times to look like that, and not to forget under a lot of social pressure). Over the years, Mattel (the company that owns Barbie) has been crucially scrutinized for their stereotypical branding. Is that where our impossible beauty standards for women stem from? That is food for thought.

We no longer live in the ’90s and the early 2000s though. The world has moved on and is far more aware of what is utterly stereotypical and what is not. Maybe that is why Mattel has come up with a new collection of Barbies’ called the Barbie Inspiring Women series that debuted in 2018. Just as the name suggests, this range of Barbie’s is dedicated to and inspired by history’s trailblazing women.

Frida Kahlo, Amelia Earhart, Katherine Johnson and Rosa Parks are some of the dolls that are part of this collection. The out and out best part about this collection is that along with these dolls (that look identical to the women they are based on, it’s uncanny) they also feature authentic clothing, accessories and props that are specific to the woman they are inspired by. For example, Katherine Johnson’s doll comes with a NASA badge and Amelia Earhart’s doll comes in a full aviation uniform and she is holding a helmet. Finally, women, we can look up to becoming ourselves one day!

And now, to celebrate Women’s History month, Mattel has included the dolls of Ella Fitzgerald, Billie Jean King, and Florence Nightingale Barbies to this collection. Billie Jean King’s doll is dressed in the iconic blue and mint green tennis dress, she has round glasses and is holding a tennis racket in one hand and a tennis ball in another. The Ella doll is wearing a long shimmery purple gown with a sleep hair up-do and is holding a microphone. Whereas, Florence Nightingale’s doll is wearing a traditional 19-century nurse’s uniform with a sash that says, “Scutari Hospital” and is she is holding a lamp. These are so unbelievably cool, my fascination for playing with dolls seems to be making rounds again. Besides, I think it is a brilliant way to pay homage and celebrate Women’s History Month.

Each doll also includes educational information and the accomplishments of the woman so kids can learn and play at the same time. At least now I know what I am getting my children as toys (when and if I have children). It is awesome that through this effort, Mattel is ensuring each child knows about all these great women and maybe this line will also crush the age-old stereotype that dolls are only for girls.

As amazing as this collection is, did you know in 2016, Mattel had come out with a Body Positive range of Barbies’ to counter the controversy that they were facing about beauty standards? Yes, that was awesome, but I just wish there was more of an impact of that collection on this one. These dolls are like the OG Barbie, extremely mannequin-like. If they were made to more “human” may be the impact of these dolls would’ve tripled. After all, relatability goes a long way!

I can’t wait to see who else Mattel pays tribute to by adding to this incredible collection. And who knows, maybe an Indian trailblazing woman could be next!

Mathematician Katherine Johnson Who Was Key To NASA’s Space Missions Passes Away At 101. The World Lost One Of Its Greatest Minds