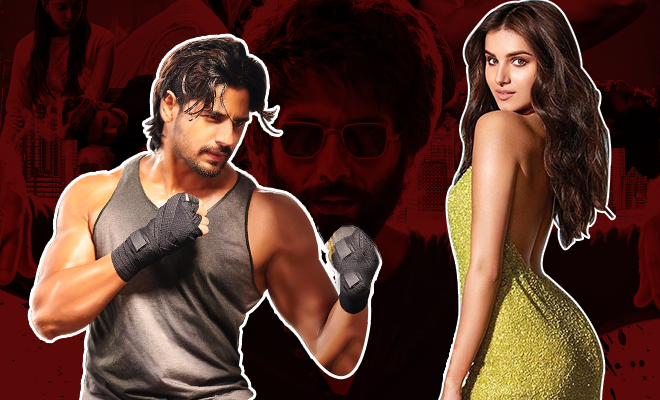 Movies based on love are a dime a dozen, and who can blame filmmakers? Audiences love them, after all. But thanks to the the latest love story in cinemas (yes, we’re talking about Kabir Singh), we’re literally rethinking everything! The movie is doing incredibly well at the box office for no good reason, but it scares us to the core that people are appreciating a film that is violent and openly misogynistic!

Shahid Kapoor has done a brilliant job as Kabir and we’re not denying that he played the role with utmost conviction. But the movie is not relatable at all, and shouldn’t be considered to be either. The man has some serious issues and obviously needs help, so know he’s not your average Joe coping with heartache. Neither is Preeti, his girlfriend who just puts up with his sh*t. I’m still trying to find one valid reason to like this movie. And to think it’s heading to the 100-crore club in less than a week. *faints in disappointment*

Sadly, it looks like the genre of violent love stories won’t end anytime soon! Reportedly, the Tara Sutaria, Sidharth Malhotra, Ritesh Deshmukh and Rakul Preet starrer film Marjaavaan is a love story replete with violent drama. It is an action-romance film where actor Sidharth Malhotra returns in his intense avatar after Ek Villain alongside Ritesh Deshmukh.

Also read: Kabir Singh Is Not A Hero. He’s A Sexist, Abusive Alcoholic. It Scares Us That It’s Doing Well At The Box Office

The tagline of the film is ‘Ishq Mein Marenge Bhi, Maarenge Bhi.’ We still can’t digest a sexist movie like Kabir Singh, and we are hoping Marjaavaan won’t shock us the same way! Directed by Milap Zaveri, the film is slated to hit theatres in October. The only thing we are looking forward to is Tara Sutaria and Sidharth Malhotra’s chemistry in the film.