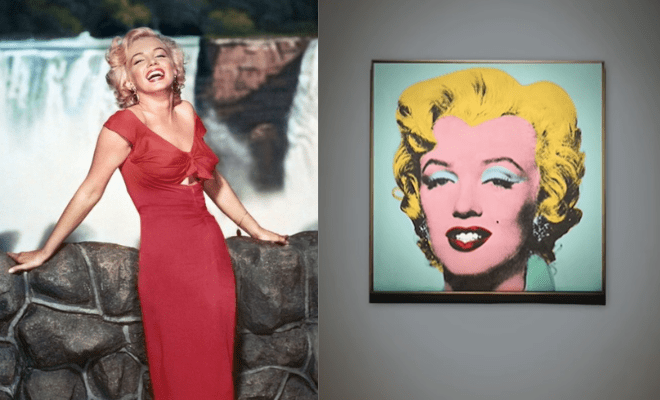 The late Hollywood bombshell Marilyn Monroe was known for her stunning clothing choices and was one of the most fashionable actresses ever! She has also served as a muse to several artists and painters from her time and many of these paintings have been sold at an exorbitant price. Recently, at an auction in New York, an iconic portrait of Marilyn Monroe has been recorded as the most expensive artwork of the 20th century. This painting was sold for a whopping $195 million! Yes, you read that right! In Indian currency, this amount stands at Rs 15,04,41,72,000! 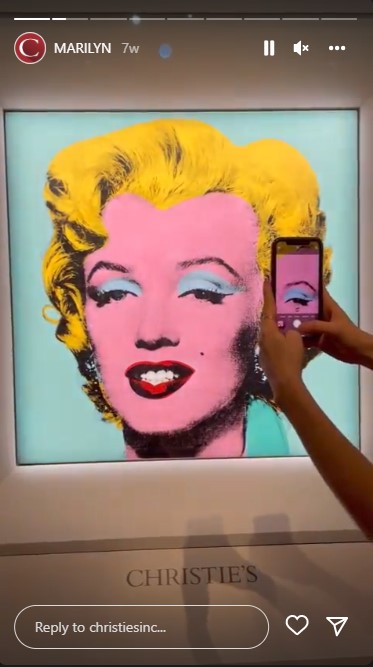 This Marilyn Monroe portrait is called ‘Shot Sage Blue Marilyn’ and was produced in 1964 by Andy Warhol, two years after her death. The art piece was sold quickly within four minutes of being displayed for auction at Christie’s headquarters in Manhattan. Before the sale at the auction, this artwork was estimated to be sold at $200 million.

As per a report by NDTV, The head of 20th and 21st-century art at Christie’s, Alex Rotter, has called the portrait to be the most significant 20th-century painting to have been auctioned in a generation. He also went on to say that this painting by Andy Warhol is the ‘absolute pinnacle of American pop’ and has encapsulated ‘optimism, fragility, celebrity and iconography all at once’.

Also read: Historians Are Not So Happy With Kim Kardashian’s Idea Of Wearing Marilyn Monroe’s Iconic Dress To The Met Gala. We Kinda Agree!

Andy Warhol has been making Marilyn Monroe’s silkscreens since the bombshell passed away because of an overdose in 1962. It is said that he created five portraits of equal sizes but with different background colours. Talking about the auction, only 14 paintings have sold for over $100 million.