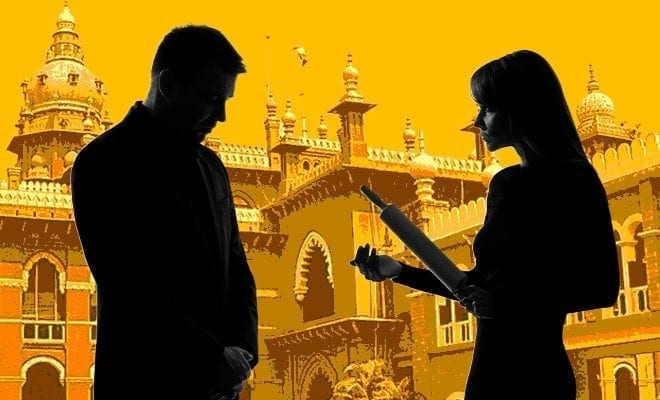 Man Staged His Own Kidnapping To Separate From His Wife. Does He Get The F*ckboi Of The Year Award?

Commitment and having a difficult conversation is part of adulting, and yet it doesn’t come easy to many people. In fact, there are some people who give up after minor hiccups because they just don’t have the courage to make difficult choices or stick to their decisions. Recently, a man staged his own kidnapping to get away from his wife. I mean, to what extent can you go to avoid being a responsible, mature adult?

The incident occurred in Sambalpur district in Odisha. A man and his brother were arrested for staging his kidnapping.

The couple were in a relationship for a long time before they got married, much against the wishes of the groom’s parents since they belonged to different castes. They had a court marriage and lived in a rented apartment.

Just a month after the wedding, when the couple were in a shop, two men kidnapped the man in a car. Left distraught, the wife went to her father for help and they filed an FIR. The woman told the police that she thinks his family is behind the kidnapping.

However, after investigating, the police found that this man actually staged his own kidnapping because his family had been pressurising him to leave his wife. Yikes. If he didn’t have the courage to take a stand, why did he marry her in the first place? Why did he date her if he knew his parents are not okay with inter-caste marriage and he has no courage?

And while all of this was happening, the least he could do was have the courage to tell his wife. But he just avoided everything and thought it would be okay to just disappear one day. Poor wife must have been so worried. Where does this leave her? With a marriage that lasted a month?

ALSO READ: In Kerala, This Girl Went Missing 11 Years Ago. She Was Found Living In Her Boyfriend’s House Just Next Door To Her Parents