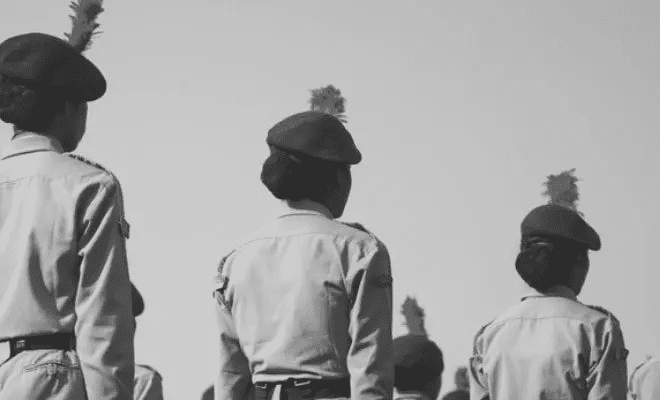 There is just no escaping sexual harassment if you are a woman and it won’t matter what your profession is, where you belong, etc. I mean, you would at least expect to be safe from any kind of sexual harassment if you are the police right? Well, you’re wrong. There are many cases where women officers have been sexually harassed by male officers. And when such cases of sexual harassment of women officers are presented in the courts, even the courts are worried about the safety of women belonging to all personnel ranks. Take the case of the Madras High Court (HC) that expressed concerns over women’s safety during a hearing about a woman IPS officer being sexually harassed.

While hearing about the case where the woman IPS officer claimed to have been sexually harassed by a former special DGP, the Madras HC, quite literally, said, “God save the (police) department.”

One of the judges of Madras HC, Justice Velmurugan exclaimed, “If a woman IPS officer can be subjected to sexual harassment, less needs to be said about women police personnel in lesser ranks.” The comment was in regards to the woman officer claiming that she was sexually harassed by a former special DGP.

Also Read: Madras HC Offers Protection To Woman Being Harassed By Family For Being In A Same-Sex Relationship

As per reports, SP D Kannan filed a revision application to the Madras HC to discharge him from the sexual harassment case where he is also accused of stopping the woman IPS officer from filing a complaint against the former special DGP. SP Kannan as of now has been suspended.

Also Read: Madras HC Orders Parents Of A Same-Sex Couple To Get Counselling So They Can Accept Their Children Better

Madras HC while hearing the case where the woman IPS was sexually harassed, observed, “It’s a shame that women in the police department are not treated with the dignity they deserve. Most of these victims do not come out and complain. Only a few of them gather the courage to speak out. When a senior police officer faces such an allegation, how will the common man have faith in the police department? God save the department.”

Hearing the Madras High Court’s observation about the women in police not being given the respect that they deserve is truly appreciated. And I agree with Madras HC when it said that only a few of them have the courage to come out and file a complaint. Honestly, if the women in the police are not safe then how can the common women trust the police to save them?