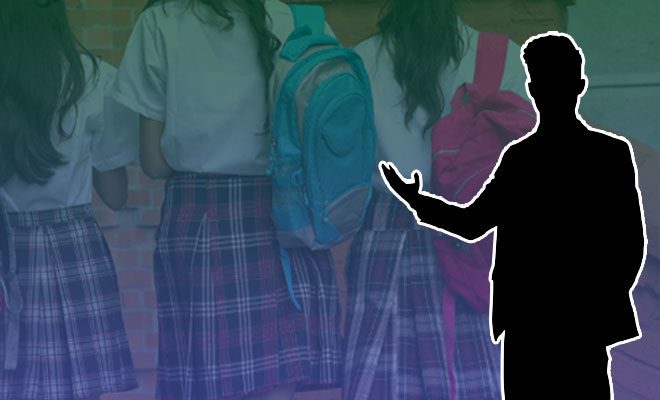 For most of us, our school has been our second home. We learn a great deal about the world and ourselves in school. And these learning experiences shape our self-image as well. From our beliefs and discipline to the way we dress and the way we think—a large part of it is influenced by our school teachers and principal. But then there are times when these very people, the people we respect, are the ones doing wrong by us and being disrespectful. Take the instance of this school principal from Madhya Pradesh, who was booked by the police for making an objectionable remark about girls’ dresses.

Recently, Radheshyam Malviya, a principal of a government higher secondary school in Rajgarh district, Madhya Pradesh, was booked by the police for asking girl students who were not in school uniform to remove their dresses. The complaint against the school principal was filed by three girl students at the Machalpur police station.

Also Read: This Teacher From Rajasthan Was Arrested For Asking Girl Students For Sexual Favours In Return For Good Marks

As per India Today, a video highlighting the same situation went viral on social media. In the video, the principal of the government higher secondary school is seen telling the girl students that wearing ‘dresses’ is “spoiling” the boys in the school. And following the same lines, the principal asked them to take off the clothes they were currently wearing.

Jitendra Ajnare, Machalpur police station sub-inspector, on Sunday, spoke to the media regarding the case of the principal who was booked for making an objectionable remark about girl students’ dresses. He said, “After children from the school protested, we booked Malviya on Saturday evening under Protection of Children from Sexual Offences (POCSO) Act and IPC provisions for use of force intended to dishonour, insult the modesty of women by words, gestures, etc… We are going to get the statement of the three girls recorded in court on Monday. We had gone to the principal’s home to arrest him but we couldn’t find him.”

Also Read: In The Last Year, Numerous Instances Of Teachers Sexually Assaulting Students Have Come Up. The Schools Have Ignored These

No wonder that our girls end up believing that getting groped, molested, and or raped is because of the way they’re dressed. I mean, if we teach our girls that the way you dress is the reason why boys are getting spoiled, then how do you expect them to think any differently. We need school teachers and school principals to teach young minds about consent, rejection, and boundaries. We need to teach them to respect each other and their choices. It is only then that we can expect a bright future for the country.

In Afghanistan, The Goverment Tried Banning Girls From Singing. So Women Put Out Videos Of Them Singing