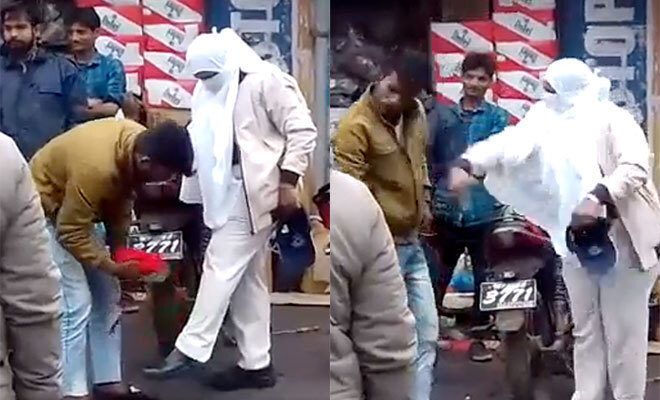 MP Policewoman Forces Man To Clean Her Trousers, Still Slaps Him For Spraying Mud On Them

Many people interpret certain situations in different ways, so a situation that may not anger a person can make the other one very angry and they may react strongly especially when they consider themselves as a powerful authority. But just because you are in a position of power over the other person, it does not mean you are always doing the ‘right’ thing and can get away with it easily. We just witnessed a similar case where a policewoman got angry at a man because of his small mistake and created a scene in the middle of the road. The policewoman from Madhya Pradesh made him clean her trousers and then slapped him in front of the crowd. 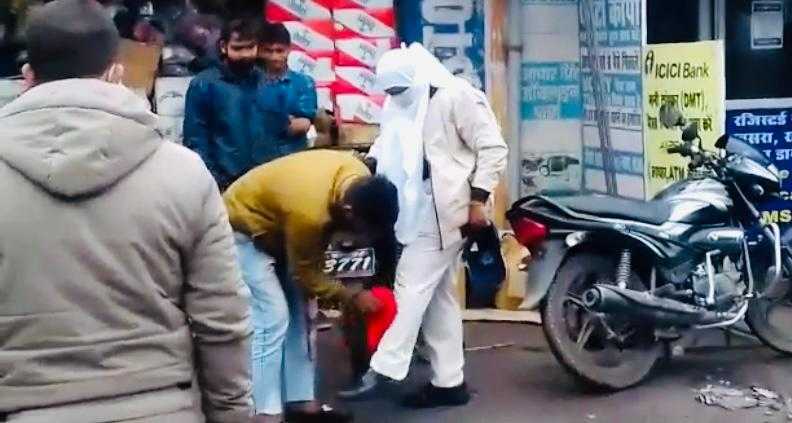 The shocking incident took place in Rewa near Sirmaur Chowk in Madhya Pradesh. Recently, a short video is going viral on all social media platforms. In the video, a policewoman dressed in all white can be seen. A man can be seen bending over to clean the trouser of the woman police officer with a cloth. After the man is done cleaning her trouser, she slaps him in front of the crowd before casually walking away. The face of the policewoman is hidden because she is covering it with a white scarf. According to the reports, the man reportedly sprayed mud over the police officer’s pants while trying to reverse his motorcycle.

In Rewa, a woman police personnel forced a man to clean her trousers after he sprayed mud over it while trying to reverse his motorcycle. After the man dusts down the trousers, the policewoman,slaps him and walks away. pic.twitter.com/VWnjkXC7rL

The policewoman who slapped the man before making him clean his trousers has been identified as Shashi Kala. She is a constable from the Home Guard and has been posted to the Collector’s office.

Regarding the case, Shiv Kumar, Rewa Additional SP recently said that they are aware of the whole incident and even watched the video of the police officer slapping the man and forcing him to clean the dirt from her trouser. He further added that an inquiry will be conducted, according to the reports.

Also Read: This Madhya Pradesh Cop Was Caught Beating His Wife On Camera, Says She Should Have Complained Earlier If He Was Abusive

As someone truly said, sometimes power gets to our heads and we unconsciously react in a particular situation that may not be the right thing to do at that moment.