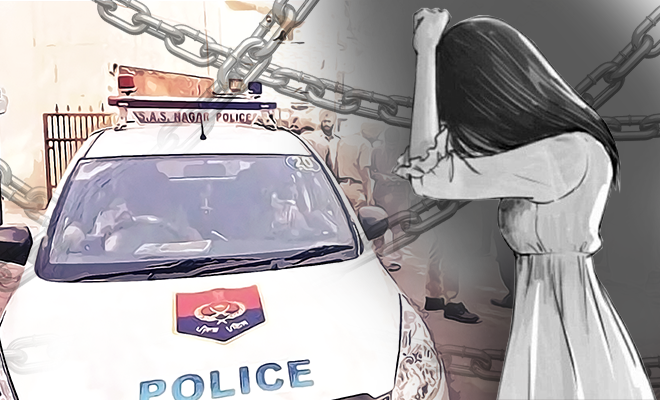 Ludhiana Police Launched Free Pick And Drop Service For Women At Night. Well, That’s A Start But Please Give Us More Such Reforms.

When I was younger, I had no qualms in staying out late with my friends. But my parents used to worry a lot and I would always wonder why. I used to argue that Mumbai is really safe and I can come home late night, all by myself. Mainly because as a teenager, only Delhi had made headlines as the apparent rape capital of India. And I thought since I see so many women out and about in my city, it really must be okay. But then as I grew up, so many rape cases surfaced (and everywhere at that) that honestly, now I don’t go home late at night anymore. At least not alone! After all, all it takes is like 15 minutes to get raped and killed and merely 2 seconds to get groped by a random guy on a bike. Clearly, at this point, there is no place left to make us feel safe anymore.

India is still in mourning of the death of Dr Priyanka Reddy, a Hyderabad-based vet who got raped, smothered and burnt – all in a matter of few minutes. The assailants had punctured her scooter’s tyre and then under the pretext of helping her, destroyed her. So if you ask any woman, anywhere in India, she doesn’t feel safe anywhere. And no, she wouldn’t be exaggerating it. Not while going to work, not while returning home, not when out partying, not when at home!

In a bid to make it safer for women, Ludhiana Police has taken a small step forward. They have launched a service that offers a free ride to women in police vehicles between 10 pm and 6 am. “We have started a new scheme under which, any woman who is unable to find a ride home at night, can call 1091 (child and women helpline) or 7837018555 and a police vehicle will drop them to their house,” Commissioner of Police Rakesh Agrawal told ANI. “Punjab police is always proactive for protection of women. We used to receive calls from women that they are stuck and are unable to find taxis or autos. So, based on public feedback, we formulated the scheme,” Agarwal further added.

They have also launched an app for the safety of women. “Apart from this, women can also install ‘Shakti’ app, which sends a message and their location to 10 select contacts and the police in case of emergency,” he added.

However, this needs to be made available with lady cops as drivers. There have been cases when women were taken into custody during night hours and raped by male cops. Which is why, the law says a woman cannot be arrested at night if a female cop is not present there. And similarly, must be applicable here too! In fact, recently, a teenager was gang-raped by four men whose car had a police logo on it. Nobody knows yet how they managed to get it, but it’s still quite possible as we can see, especially since at this point trust is no longer a luxury us women can hope to relish in.

ALSO READ: Rani Mukerji Said Mardaani 2 Will Show That Men Shouldn’t Cross Some Lines. Because Limits Are Not Just For Women, Right?

So while this measure is mostly positive, I really hope Ludhiana police makes sure these concerns are taken care of.

Ludhiana Police is also organising self-defence classes for women to be proactive in cases of attacks and we think it should become a mandate everywhere. In fact, they have made these helplines available to schools and colleges in case of any kind of abuse. Female cops will be patrolling few more prone areas even during day time. And if anything, this might just instill the fear of getting caught in perpetrators, hopefully keeping them from trying to ruin yet another life.

ALSO READ: Jaya Bachchan Called For Public Lynching For The Hyderabad Rape Case Accused. We Don’t Know If That’s Right But We Feel The Same Rage.